Despite staging a strong rebound to 133.24 late last week, lack of follow through buying and the subsequent retreat suggest further choppy consolidation would be seen and pullback to 131.90-00 cannot be ruled out, however, support at 131.17 (last week’s low) should remain intact, bring another rebound later. In case euro drops below 131.17 support, this would signal the fall from 134.50 top has resumed, then this erratic decline may extend weakness to 130.60-65 and possibly towards psychological level at 130.00 which is likely to hold from here.

On the upside, expect recovery to be limited to 132.75-80 and said resistance at 133.24 should remain intact, bring another retreat later. Only break of resistance at 132.47 would abort and signal a temporary low has been formed at 131.17, bring further gain to 133.15-20 but break there is needed to signal the entire correction from 134.50 top has ended, bring further gain to 133.50, then towards resistance at 133.89 (last week’s high) which is expected to cap euro’s upside. As near term outlook is mixed, would be prudent to stand aside for now. 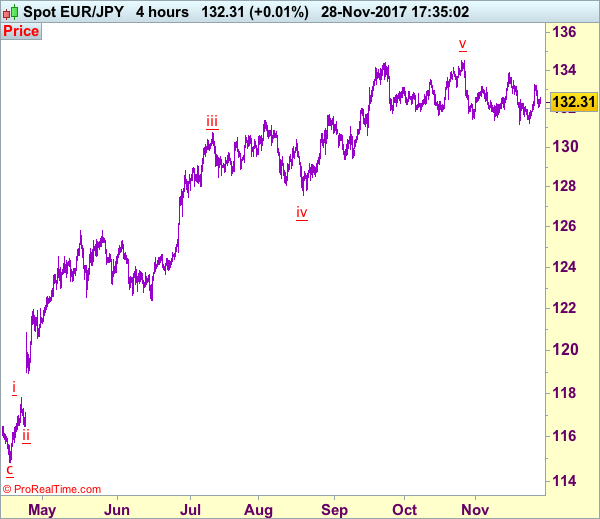