The single currency has rallied and broke above previous resistance at 134.50, confirming recent upmove has resumed and we have relabeled our bullish count that, only wave v of iii ended at 134.50, followed by wave iv at 131.17, hence wave v is unfolding and may extend gain to 135.00-10, then 135.50, however, near term overbought condition should limit upside and reckon 136.00-10 would hold from here, bring retreat later.

In view of this, would not chase this rise here and would be prudent to stand aside in the meantime. Below 134.15-20 would bring pullback to 133.70-75 but reckon downside would be limited to 133.30-35 and price should stay above previous resistance at 133.01 (now support), bring another rally later. 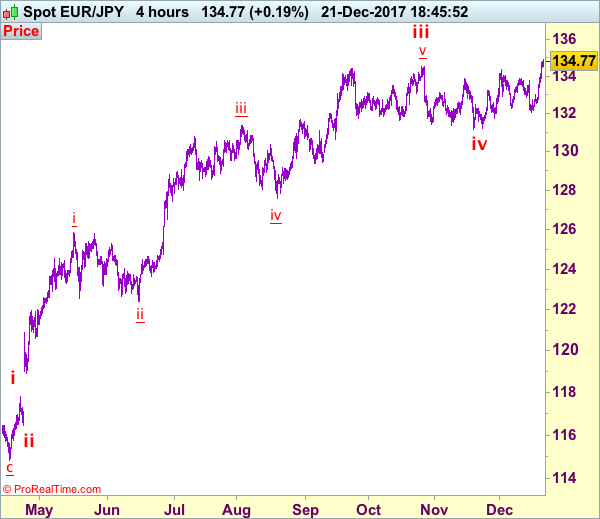