As the single currency has recovered after holding above support at 119.01 (this week’s low), suggesting consolidation above this level would be seen and corrective bounce to 120.00 cannot be ruled out, however, reckon resistance at 120.44 would limit upside and bring another decline later, below said support would add credence to our view that the decline from 122.89 top is still in progress and may extend weakness towards support at 118.67, however, break there is needed to retain bearishness and extend further fall to previous chart support at 118.25, risk from there is seen for a rebound later. 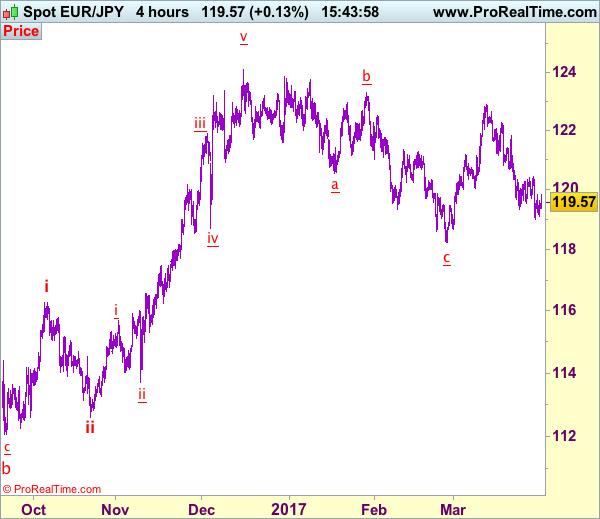