China’s macroeconomic data for 2Q17 surprised to the upside. China’s GDP expanded +6.9% y/y in 2Q17, same pace as the prior quarter but above consensus of +6.8%. Economic activities in June continued to improve. Industrial production growth accelerated to +7.6% y/y in June, beating consensus of and May’s +6.5%. Retail sales expanded +11% y/y in June, up from +10.7% a month ago. The market had anticipated mild deceleration to +10.6%. Fixed asset investment in urban areas grew +8.6% y/y in the first half of the year, same pace as in the first five months of the year. The government acknowledged that the country’s economy continued to improve. It appears that the country’s growth is on track to meet the government target of “around +6.5%”. 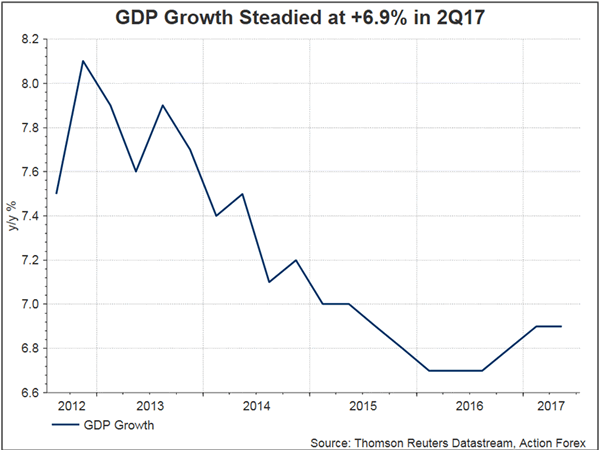 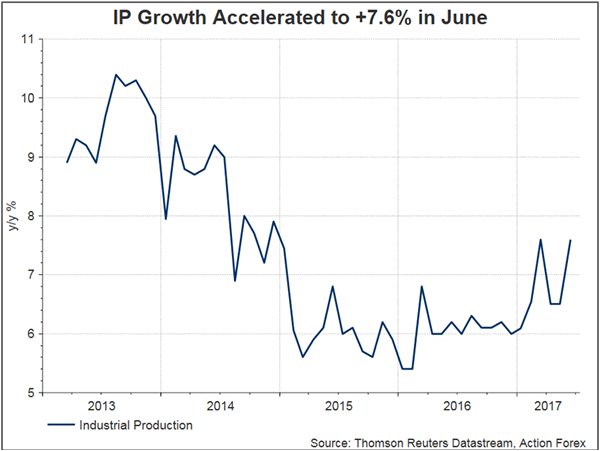 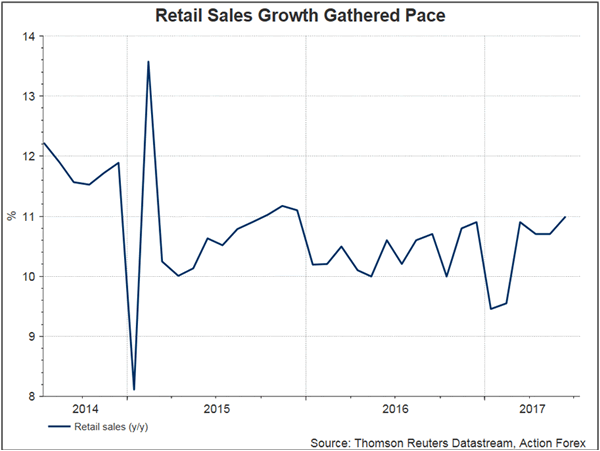 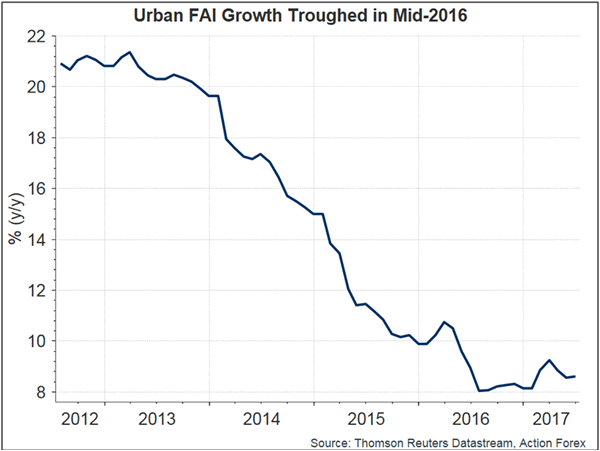 Renminbi extended its recent strength against the US dollar after the releases. Onshore USDCNY fell to as low as 6.7644 at one point, only modestly above the 7-month low of 6.7598. The government has aggressively fixed the currency at 6.7562 against the greenback, down from 6.7774 on Friday. Today’s fixing marks the lowest since November 2016.

In his first address at the National Financial Work Conference, which is held once every five years, over the weekend, Chinese President Xi Jinping affirmed that the PBOC would play a stronger role in defending against risks, calling for more work on safeguarding the financial system and modernizing its regulatory framework. Interestingly, the word “risk” appeared 31 times in the meeting note, followed by “regulation”, which appeared 28 times, signaling that implementation of “regulations” to prevent financial system “risks” is the key direction of the government’s policy.

PBOC Warned of Risks and Pledged to Regulate 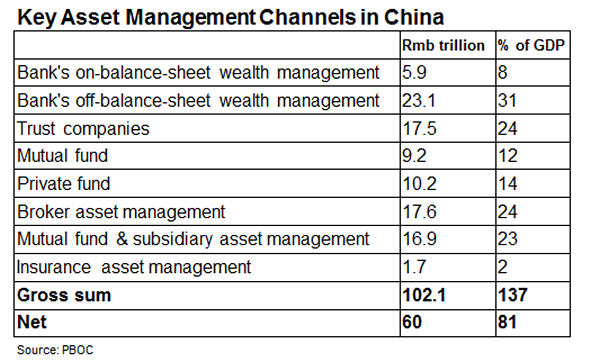 We expect the government would continue its tightening policy targeting specific asset classes (including Bitcoin and real estate). With the momentum of economic growth in line with the government’s full-year target, the monetary policy would be more likely tighter than looser from the current conditions.