On the upstream prices, PPI accelerated to +9% y/y in July, from +8.8% in the prior month. The monthly reading also rose to +9.7% in July, from June’s +6.4%. The report reveals that the cost of production continued to increase in China. Yet, producers find it difficult to pass the cost to customers. 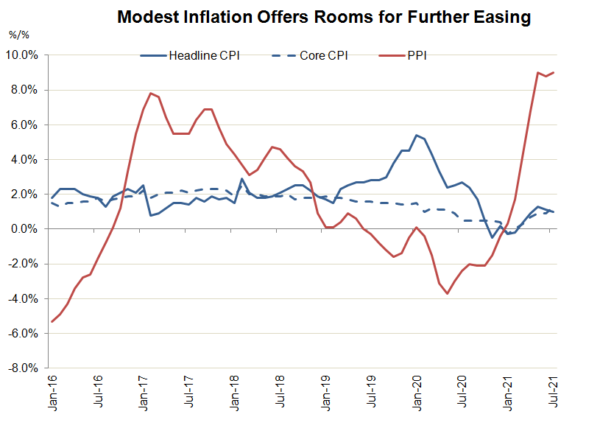 Modest CPI inflation suggests that the PBOC could still go ahead with further easing in coming months. The PBOC cut the broad RRR by -50 bps in July and affirmed a prudent and stable monetary policy stance. We believe this was an insurance cut to prevent deterioration in the country’s growth. The worsening of delta outbreak in the country affirms that more easing is needed from the central bank. Indeed, the market is preparing for more RRR cut later this year. The decline in 10-year government bond yield has accelerated since July. From the peak in mid-February, the yield has actually fallen more than 40 bps. 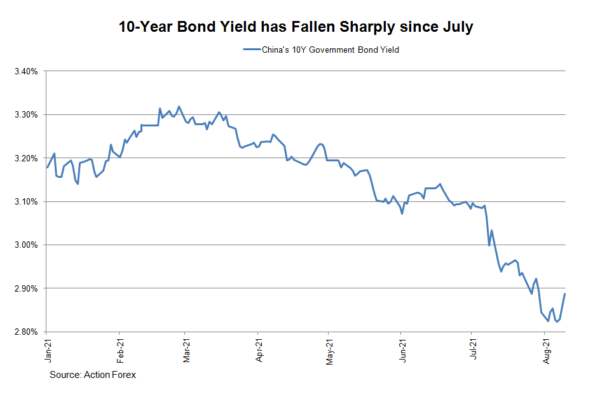 Interbank borrowing costs have also been lowered. The entire SHIBOR yield curve has shifted lower after PBOC’s RRR last month. Meanwhile, the 7-day SHIBOR rate has consistently been trading below the 7-day repo rate since the beginning of August. The cost of borrowing amongst financial institutions has been lowered amidst PBOC’s injection of liquidity. 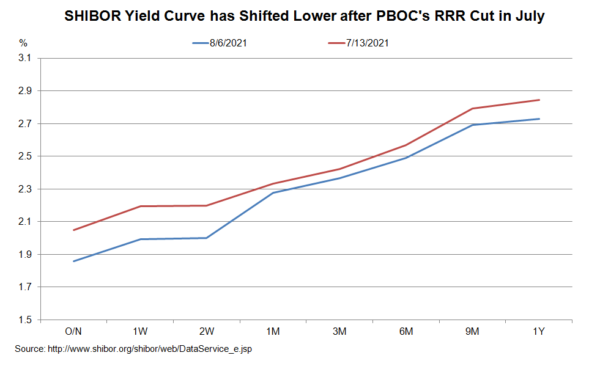 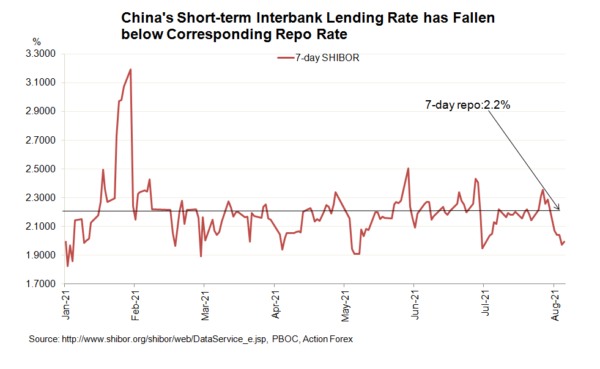