The latest set of economic data reveals that China’s slowdown worsened. The most disappointing reading comes from retail sales growth which moderated to +2.5% y/y in August, compared with consensus of +7.1% and July’s +8.5%. The slowest growth in 12 months can be attributed to delta variant outbreak and the aftermath of July’s huge flood. Both prohibited the flow of people, affecting travel and consumption. Note in particular the catering sector, of which revenue sank -4.5% y/y last month, following a +14.3% growth in July. 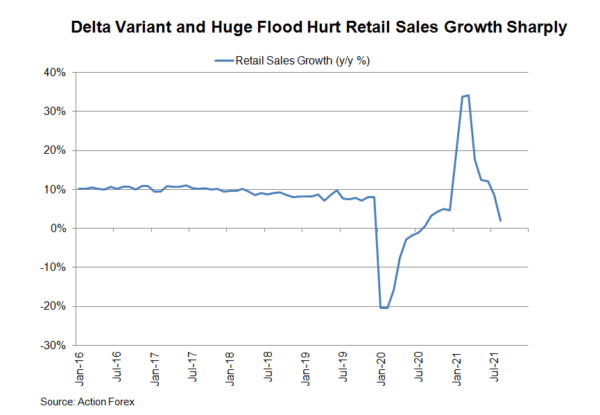 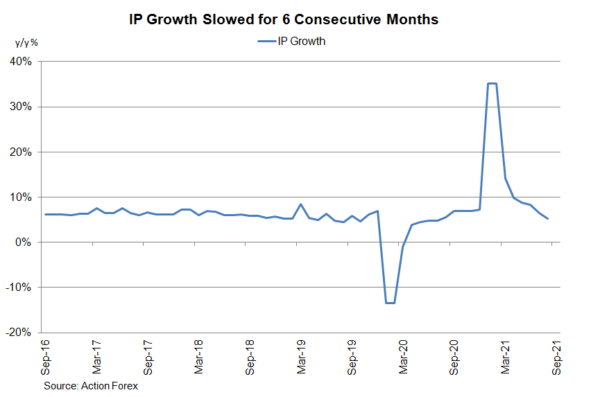 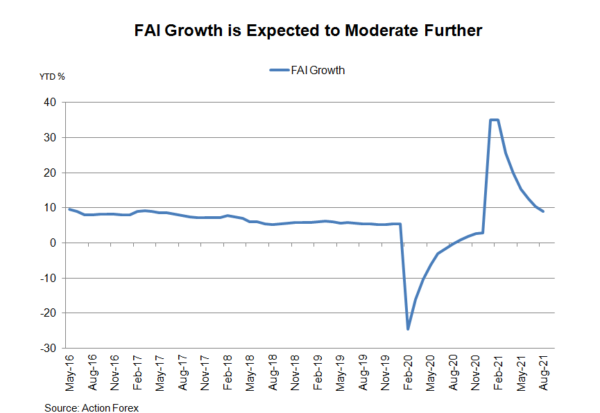 The set of data has exacerbated concerns over China’s growth outlook. The worse-than-expected growth, especially in retail sales, suggests that GDP growth in 3Q21 should be much weaker than the first half of the year.

The worst is yet to come. While many countries have started to adopt a “live with the virus” strategy (i.e. reopening the border despite the risk of upsurge in new coronavirus cases), China sticks with the zero-tolerance approach, imposing lockdown of small towns when there is outbreak and maintaining strict border control and quarantine. The stringent measures should continue to disrupt consumption and the supply chain.

Disappointing economic data indicate that further reduction in the reserve requirement ratio (RRR) is likely. We expect the PBOC to announce the move in coming two or three weeks. Indeed, the central bank signaled in late August that it might reduce the RRR for rural banks. While a rate cut is possible, we expect the government to first accompany RRR cut with some fiscal stimulus policy for the time being. Monetary easing in China should pose further downside risks to renminbi as other major central banks are planning to normalize the stimulus adopted in light of the pandemic.