US stocks futures are rocked by the announcement on formalizing the Section 301 tariffs against China. DOW futures point to triple digit loss at open and could threaten 25000 handle. The forex markets are relatively calm though. Euro is paring back some of yesterday’s post ECB losses and takes Sterling higher. Yen is regaining some ground, likely on risk aversion. But the greenback remains firm against commodity currencies. In particular, Canadian Dollar is suffering fresh selling as Canada will likely be the biggest sufferer on all front due to US protectionism.

US announced Tariffs on USD 34B of Chinese imports, starting July 6. Added USD 16B products for public hearing

The US Trade Representative formally announced the section 301 tariffs on Chinese imports, targeting products related to the Made in China 2025 policy. USTR said these “strong defensive actions” are to ” protect America’s leadership in technology and innovation against the unprecedented threat posed by China’s theft of our intellectual property, the forced transfer of American technology, and its cyber attacks on our computer networks.” And it condemned that “China’s government is aggressively working to undermine America’s high-tech industries and our economic leadership through unfair trade practices and industrial policies like ‘Made in China 2025.'”

There are two set of tariffs lines. The first set contains 818 lines of the original 1,333 lines announced in April. This set covers around USD 34B of Chinese imports. 25% tariffs will be imposed starting July 6, 2018. The second set contained 284 proposed tariff lines, covering around USD 16B in Chinese goods. This set will undergo further public view before finalizing.

Altogether they’re valued around USD 50B. and focuses on products from industrial sectors that contribute to or benefit from the “Made in China 2025” industrial policy, which include industries such as aerospace, information and communications technology, robotics, industrial machinery, new materials, and automobiles. The list does not include goods commonly purchased by American consumers such as cellular telephones or televisions.

Trump said in a separate statement that “the United States can no longer tolerate losing our technology and intellectual property through unfair economic practices.” And, “these tariffs are essential to preventing further unfair transfers of American technology and intellectual property to China, which will protect American jobs.” “In addition, they will serve as an initial step toward bringing balance to the trade relationship between the United States and China.”

The formal response from China is awaited.

But Trump’s action is drawing strong criticisms from Americans, which he refused to listen to. “Imposing tariffs places the cost of China’s unfair trade practices squarely on the shoulders of American consumers, manufacturers, farmers, and ranchers. This is not the right approach,” Thomas Donohue, president of the U.S. Chamber of Commerce, said in an swift email statement.

The urged the Congress to “convince the administration to halt tariffs and go back to the negotiating table.” And, Under the hashtag #TradeNotTariffs, members of these organizations are also raising awareness on social media by sharing with the public what tariffs could mean for their livelihoods – and how severe that outlook could be.

This is an immediate response to the news that White House would announce the final list of tariffs on USD 50B in Chinese goods. Chinese has announced a retaliation list several months ago that include 25% tariffs on US soybeans. ASA described the Chinese retaliation as “devastating to growers of the number one US agricultural export.” NAWG said “adding a 25 percent tariff on exports to China for US wheat is the last thing we need during some of the worst economic times in farm country.”

NCGA warned farmers “cannot afford the immediate pain of retaliation nor the longer term erosion of long-standing market access and economic partnerships with some of our closest friends and allies.” AEM also said “we strongly oppose a trade war with China because no one ever wins in these tit-for-tat dispute”.

Here is the full release.

BoJ left monetary policy unchanged today as widely expected. Under the yield curve control framework, short term policy rate is held at -0.1%. BoJ will also continue target to keep 10 year JGB yield at around 0%. Annual pace of JGB purchase is kept at around JPY 80T. Goushi Kataoka dissented again in a 8-1 vote. Kataoka pushed to “further strengthen monetary easing” so that “yields on JGBs with maturities of 10 years and longer would broadly be lowered further.”

The description on the economy is largely unchanged. One exception is that CPI is now “in the range of 0.5-1.0%”, comparing to April’s description of moving around 1 percent. On the outlook, BoJ noted that the economy is “likely to continue its moderate expansion.” Domestic demand will follow an uptrend while exports will continue the moderate increasing trend. Risks to the outlook include the following: the U.S. economic policies and their impact on global financial markets; developments in emerging and commodity-exporting economies; negotiations on the United Kingdom’s exit from the European Union (EU) and their effects; and geopolitical risks.

In the post meeting press conference, BoJ Governor Haruhiko Kuroda admitted that ” year-on-year growth in consumer prices is slowing”. Falling durable goods prices and temporary fluctuations in hotel costs were part of the reasons. However, “companies’ price-setting behavior appears to be changing” as they’re passing on rising costs to consumer. Hence, the economy is “sustaining momentum” to achieve the 2% inflation target. Kuroda also said there will be further debate on price moves at the next meeting in July, when the quarter long-term forecasts will also be published.

Kuroda added that “Japan’s economy is seeing labor markets tighten and the output gap improving, but prices aren’t rising much.” There are external factors from US and Europe. At the same time, that’s the deflationary mindset of households and companies, which became entrenched due to 15 years of deflation.” That’s the reason keeping medium- and long-term inflation expectations subdued. 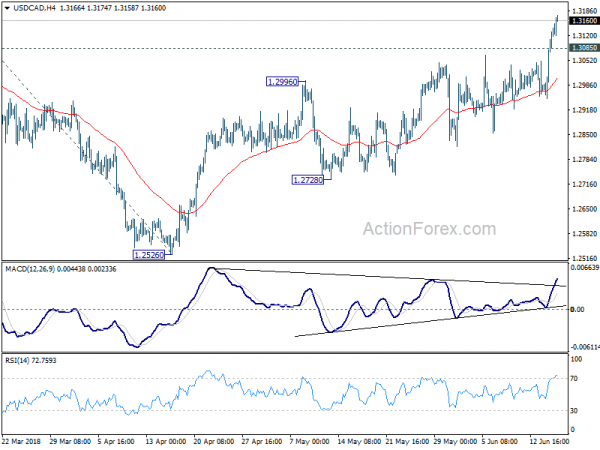 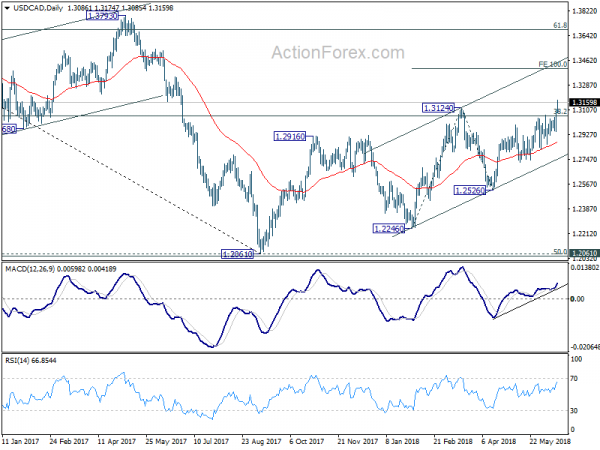