Swiss Franc and Yen are trading as the strongest ones for today on mild risk aversion. A wave of buying is seen in Euro entering into US session. But for now, Euro is trading up against Dollar, Sterling and Aussie for the day only. Some attributes today’s weakness in the stock markets to US-China trade war. But it should be noted that FTSE is down only -0.36% at the time of writing. The -1.55% fall in DAX and -1.39% fall in CAC are more due to a retreat after ECB inspired rally. US futures also point to slightly lower open but it seems DOW could hold on to 25000 handle.

Regarding the US-China trade tariffs, we’d like to point out that on July 6, they will impose 25% tariffs on around USD 34B imports from each other. The USD 50B and combined USD 100B figures reported in many places are plainly wrong. There would be tariffs on a second set of products, totaling USD 16B on each side. If implemented, the tariffs will be on USD 100B of products in total, two-sides added. But the second list is not finalized. The US will have to take it through public hearing. And there is no implementation date yet.

Technically, Euro seems to have gone through the worst for post ECB selling as it recovers. As long as 1.1509 in EUR/USD and 127.69 in EUR/JPY holds, there is room for more recovery. Focus could turn back to Sterling ahead of BoE rate decision. As EUR/GBP looks set to have another take on 0.8844 resistance, GBP/USD could be dragged to test on key near term support at 1.3203.

Bundesbank: Projection paints a picture of an ongoing economic boom

But Bundesbank also warned that “risks outweigh opportunities”. President Jens Weidmann noted that “uncertainties regarding the prospects for the German economy are considerably greater than they were.” And, downside risks relating to the external environment outweigh the effects resulting from the probably more expansionary fiscal policy in Germany.

In particular, exports and commercial investment are likely to see weaker growth. employment growth is dampened by growing lack of skilled workers. And that tens to “brake” the rise in household disposable incomes.

Abe’s advisor Kawai: Alliance with US changed to a transactional one under Trump

Katsuyuki Kawai, a ruling Liberal Democratic Party (LDP) lawmaker who advises Prime Minister Shinzo Abe on foreign affairs, raised his “personal” concern over the change in US foreign policy under Trump. He said in a Reuters interview that the alliance between Japan and the US has “changed from one based on shared values to a transactional alliance.” And, “this is the reality now”. He also pointed to the Kim-Trump submit and said it “will serve as a trigger for the Japanese people to begin to realize that it is risky to leave Japan’s destiny to another country.”

An unnamed Japanese government source also said “trade is more worrisome,” and “it’s getting worse … There is no reliable (U.S.) cabinet level person who can say ‘No’ to unreasonable proposals.”

The Nikkei business newspaper also criticized in a weekend analysis that “Mr. Trump mixes up economics and security with the mind-set of a real estate deal is a big cause for concern”.

They agreed to hold a joint basketball match in Pyongyang on July 4. More than that, they agreed to form some combined teams at Asian Games in Indonesia in August. They also agreed to march together at the Asian Games as a sign of unity. This is a repeat of what they did in the Winter Olympics in South Korea back in February.

The Yonhap news agency reported that South Korea and the US would announce suspension of large scale joint military exercises this week, amid the negotiations with North Korea on denuclearization. A “snapback” clause, though, would be included if North Korea fails to deliver its promises.

Yonhap also reported that suspension of the exercises could “weaken Washington’s rationale for an increase in Seoul’s share of the cost for the upkeep of 28,500 U.S. troops in the country.” And the US has been demanding the South to pay more. There will be a fourth round of so-called burden sharing costs negotiations in Seoul later this month.

Meanwhile, Trump also made clear it’s his request to stop the “war games” as they are “very expensive”.

The NZ Institute of Economic Research downgraded growth forecast for the New Zealand economy. Weaker exports “drive much of this downward revision in near term”. But from 2019 onwards, “expectations of weaker growth in investment explain the softer growth outlook”. Though, NZIER noted that expectations for growth remain reasonably healthy through to 2021.

NZD expectations were also revised lower. NZIER pointed to Fed’s rate hike in the coming year. Meanwhile, RBNZ is expected to keep OCR on hold “until at least the middle of next year”. And, “this should reduce the yield attractiveness of the NZD, and hence weigh on the currency.

NZIER also noted that RBNZ’s May MPS indicates that “interest rates were just as likely to go down as up.” Nonetheless ” the central bank’s forecasts indicate the OCR is likely to increase, although not till later in 2019. Consensus Forecasts for interest rates have been revised slightly lower from 2019.” 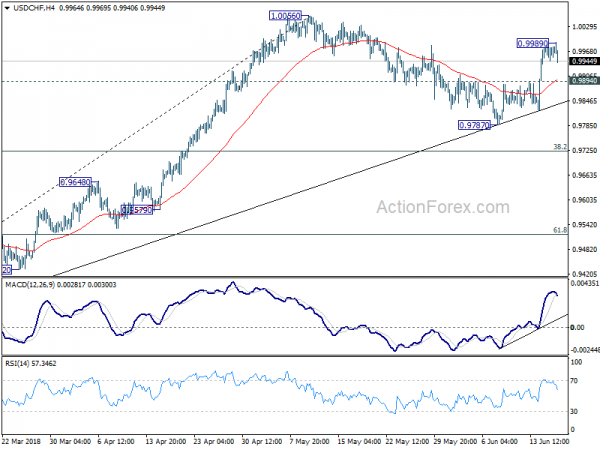 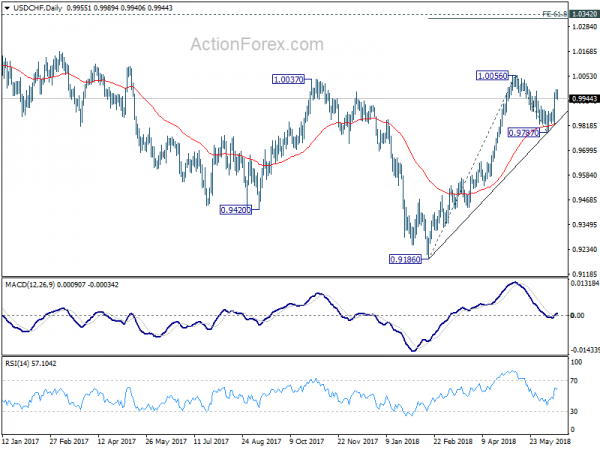