Euro trades broadly higher in Asian session today, except versus New Zealand Dollar. The common currency is extending this week’s powerful rebound. Meanwhile, Canadian Dollar is trading as the weakest one, followed but Dollar as the second weakest. For the week, Euro remains the strongest one on a powerful rebound. It’s followed by Australian Dollar as the second strongest. Canadian Dollar is the weakest one, paring back some of this month’s gain. Sterling is the second weakest on worries over no-deal Brexit.

The strength in Euro can firstly be explained by Dollar’s failure in breaking through key resistance level. That is, EUR/USD rebounded strongly after defending 1.1507 key support level. The greenback is apparently troubled by the recovery in the Chinese Yuan follow PBoC measure. EUR/GBP also takes advantage of the no-deal Brexit worries to surge through 0.8967 key resistance level. Resumption of medium term rise from 0.8620 in EUR/GBP could help lift Euro elsewhere.

Thirdly, the common currency appears to be benefited from China trade data. The set of data clearly showed that China is turning to the EU for trade, in rather drastic and speedy way in July. Since early part of the year, Dollar has always benefit from Trump’s escalation in trade conflicts. But going forward, it’s worth a watch on Euro’s reactions to Trump’s comments on trade with China.

China’s July trade data revealed some interesting findings as US-China trade war formally started. Import from the EU jumped as massive 20.% mom, 19.7% yoy. Trade surplus with EU dropped -31.0% mom, -7.9% yoy. On the other hand, trade surplus with US dropped a mere -3.0%, with -2.5% decline in export and -1.5% mom fall in imports. Looks like the EU could have the last laugh over Trump’s trade policy.

Here are the details:

In the statement, USTR reiterated China’s bad practices as revealed by Section 301 investigation. The practices include:

BoJ released the Summary of Opinions at the July 30/31 monetary policy meeting today. There BoJ added forward guidance to ” maintain the current extremely low levels of short- and long-term interest rates for an extended period of time”. Also, BoJ is allowing 10 year JGB yield to move between -0.1% and +0.1%, as Governor Haruhiko Kuroda noted in the press conference.

The summary of opinions noted that it’s “extremely important” to introducing forward guidance as a new measure. And, that would strengthen its commitment to achieving the price stability target, in order to ensure public confidence in its strong stance toward achieving the target.”

Also, the summary noted that “controlling the long-term yields in a flexible manner is likely to contribute to maintaining and improving market functioning.” Rise in interest rates “is expected to be effective in alleviating the cumulative impact on the functioning of financial intermediation and enhancing the sustainability of the Bank’s policy.

Additionally, “referring to the recent developments in long-term interest rates in major economies, it can be considered appropriate for interest rate control in Japan to allow the yields to move upward and downward by around 0.25 percent.” Though, most member agreed that it should be “made clear at the press conference” that currently yield may move between -0.1% to 0.1%.

However, the summary also noted concerns that ” when medium- to long-term inflation expectations are weak, making policy adjustments that could allow the long-term yields to rise may lead to an increase in real interest rates and thereby contribute to sluggish prices.”

RBA Lowe reiterated next move is up not down

RBA Governor Philip Lowe delivered a speech titled “Demographic Change and Recent Monetary Policy” today. There he reiterated that “the next move in interest rates to be up, not down”. But the timing will depends upon the “speed of the progress” in “reducing the unemployment rate and having inflation return to around the midpoint of the target range on a sustained basis.” And in the Q&A, Low also noted that there is no strong case for a near term move.

On the economy, Lowe’s comments were similar to those in yesterday’s RBA statement. That is, GDP is expected to average a bit above 3% in 2018 and 2019. Unemployment rate is expected to drop over time to 5% at some point over the next few years. And Australia could “go lower than this on a sustained basis”. Due to once-off factors, inflation could slow to 1.75% in 2018. But over the forecast period, inflation is projected to rise to 2.5% in 2020.

Lowe also pointed to steady increased in job vacancies with vacancy rate hitting highest level in many years. And, there was an increased in number of businesses reporting hiring difficulties. The tightening of labor market will lead to higher wages as a “more general story”.

On financial market risks, Lowe noted that borrowing by investors has “slowed considerably” because of “reduced demand” and “tightening of credit standards”. And the  change in financial trends has helped reduce the build-up of risk.”

The economic calendar is rather empty today with Canada building permits and US crude oil inventories as main feature. 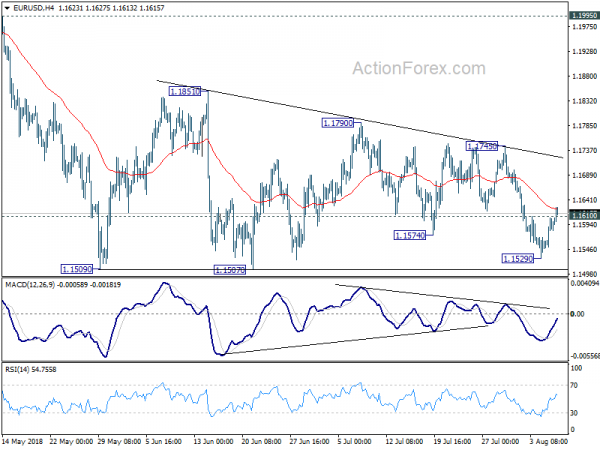 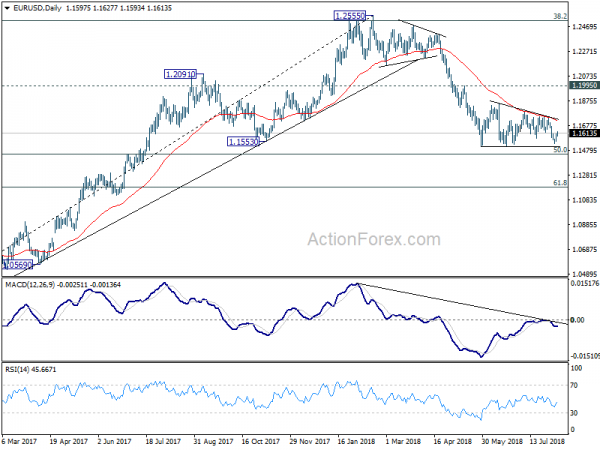 Dollar Soft as Focus Turns to Fed Speakers, But Yen Even Weaker