But Turkish Lira is not the one to blame today as USD/TRY has indeed dipped further and breached 6.0 handle. Instead, poor earnings results of Tencent, selloff in Copper and Zinc which hit one year low are among the factors. And more importantly, we see selloff in Chinese Yuan, with USD/CNH hitting as high as 6.934 as a major reason. Meanwhile, Gold is accelerating downward after taking out 1200 earlier this week, hitting as low as 1183.93 so far. WTI crude oil is under renewed pressure and is back at 66.3, and that’s a reason for Canadian Dollar’s weakness too.

Technically, though, EUR/JPY, GBP/JPY and AUD/JPY are still holding above Monday’s low at 125.13, 140.23 and 79.97 respectively. Thus, they’re still considered as in consolidation. But these levels will for sure be watched. EUR/USD, GBP/USD and AUD/USD are staying in healthy decline and starts to pick up some momentum ahead. 0.9984 resistance in USD/CHF is the level to watch for the session too.

The rise is headline CPI is in line with BoE’s own projection today. In the August Inflation Report, the bank projected CPI to climb to 2.5% in Q3 this year. The question is whether inflation will then slow from there. BoE expects CPI to slow to 2.2% in Q3 2019. The National Institute for Economic and Social Research pointed out that stripping out extreme price moves, CPI has indeed dropped in July. The trend reversal will likely emerge ahead.

SNB Vice Chairman Fritz Zurbruegg said in an even in Zurich that recent developments have shown that “the currency markets remain fragile”. And that could lead to “safe have flows in the Swiss Franc”. And that means, the central bank’s current ultra loose monetary policy with negative interest rate is justified. And SNB stands ready to intervene when necessary. Some analysts tipped 1.2 as a level where SNB would start being active in intervention.

Turkish Lira rebounds further despite trade spat with US.

Turkey’s clashes with the US has turned into trade war. The country doubled tariffs on some US imports including alcohol, cars and tobacco, in response to US doubling of steel and aluminum tariffs. Vice President Fuat Oktay tweeted that the moves are for US “deliberate attacks on our economy.” However, relations with EU seemed to have improved after a Turkish court released two Greek soldiers pending trial. Additionally, the CBRT is squeezing liquidity as observed by bankers, which helped pushed interest rates higher.

USD/TRY dropped to as low as 5.9180 earlier today and stays soft.

Australia Westpac Melbourne Institute consumer sentiment dropped -2.3% to 103.6 in August, down from 106.1. The index pared back half of the “surprisingly strong gains in June to Jule” as the impact of government’s tax cuts faded. The decline also came against the backdrop of rising global trade tension and housing markets correction in Sydney and Melbourne.

Westpac pointed out RBA’s projection that inflation will hit 2.25% by 2020 and expects next move is up. It noted an “obvious headwind” for RBA is “the impact that five years of underperformance in inflation will have on households’ and firms’ expectations.” And, “lower expectations will make it that much more difficult to lift inflation back into the band”. Westpac also noted that “certainly it will be quite some time before the Bank has a case to adjust the cash rate.” And it maintains the view that RBA will be on whole in both 2018 and 2019. 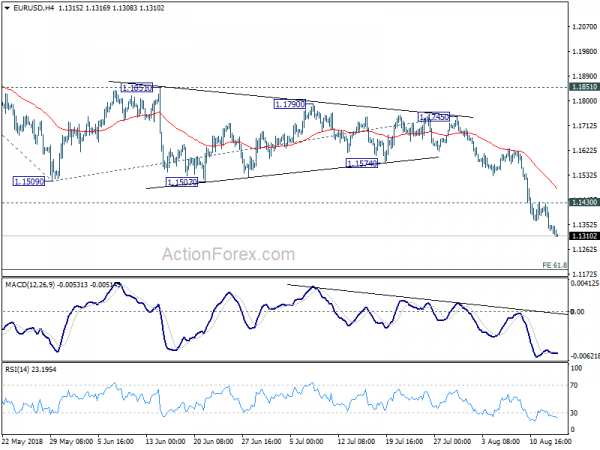 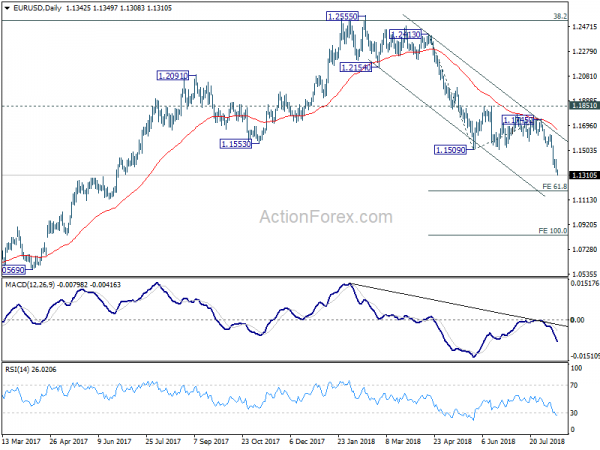