Asian markets open quietly with Japan and China on holiday. The tone is mixed as new round of US-China tariffs take effects today. At the time of writing, Dollar, Sterling and Yen are firmer ones. Commodity currencies are the weaker ones led by Aussie. A more notable move is indeed seen in WTI crude oil, which breaks 71 handle after OPEC during the weekend. Gold is trading slightly softer and is back below 1200.

The major focus this week is whether FOMC announce would help Dollar stay a sustainable rebound after last week’s selloff. The greenback touched a key fibonacci support level of 1.1779 against Euro last week and recovered. But there is no confirmation of reversal yet. Meanwhile, Sterling will continue to be sensitive to any Brexit headlines after last week’s EU informal summit ended with negotiation in a impasse.

Hong Kong’s South China Morning Post reported that it’s confirmed by unnamed source, China canceled the planned visit by Vice-Premier Liu He to the US on trade. This was on the ground that, as the Foreign Ministry said on Friday, “everything the US does hasn’t given any impression of sincerity and goodwill”.

Further, Trump said in a rally in Missouri last Friday that “we have far more bullets … We’re going to go US$200 billion and 25 per cent Chinese made goods. And we will come back with more … If they retaliate, we have a lot more to come back with. And they want to make a deal, and let’s see if we can make a deal.”

NAFTA talks to continue … informally, ahead of US imposed deadline

NAFTA talks will continue this week but only in informal way. Both Canadian Foreign Minister Chrystia Freeland and US Trade Representative Robert Lighthizer will be in United Nations General Assembly in New York on Monday and Tuesday. Canadian Prime Minister Justin Trudeau said “certainly the fact that many of our negotiators, many of our teams, will be in New York at the same time (means) it’s very likely that conversations continue in a constructive but less formal way.” There is no other formal arrangement known at this time.

At the same time, Trudeau didn’t sound he would be obliged to the US-imposed deadline of October 1. He reiterated that he would not sign a bad NAFTA deal. And Canadian negotiation team won’t be rushed. On the other hand, White House economic adviser Kevin Hassett said on Friday that the US is getting “very, very close” to move forward on a trade deal with Mexico without Canada. Mexican president-elect Andres Manuel Lopez Obrador said on Friday that “in the event that the governments of the United States and Canada do not come to an agreement … we would have to maintain the bilateral deal with the United States and seek a similar deal with Canada.”

Oil trades higher today as OPEC decided to ignore request by Trump and stick with it’s June agreement on production. The committed said in a statement that it was satisfied “regarding the current oil market outlook, with an overall healthy balance between supply and demand”. Also, it urged  “countries with spare capacity to work with customers to meet their demand during the remaining month of 2018”.

“The markets are adequately supplied. I don’t know of any refiner in the world who is looking for oil and is not able to get it,”  Saudi Energy Minister Khalid al-Falih told reporters as OPEC and non-OPEC energy ministers gathered in Algiers. And, “given the numbers we saw today, that (an output increase in 2019) is highly unlikely unless we have surprises on the supply and demand.”

Russian Energy Minister Alexander Novak also said no immediate output increase was necessary. He added “oil demand will be declining in the fourth quarter of this year and the first quarter of next year. So far, we have decided to stick to our June agreements.”

The week ahead – FOMC to hike and focus on new projections

FOMC rate decision is the major focus of the week ahead. There is no doubt that Fed will raise federal funds rate by 25bps to 2.00-2.25%. Voting could be a point of interest as some doves have voiced concerns over flattening yield curve. But more importantly, the new economic projections could be most market moving. In particular, Fed’s projections on the longer run federal funds rate. It’s estimated to be at 2.9% in June projections. And it’s the point where policymakers could see interest rate of being restrictive going beyond. This provides the anchor for assessing how far the current rate hike cycle would go. Any uplift in this figure would send Dollar and yields soaring.

RBNZ is another central bank meeting this week. It’s expected to stand pat on monetary policy, with a neutral stance. That is, the next move could either be a hike or a cut. Though, it would be interesting to see how Governor Adrian Orr react to stronger than expected Q2 GDP. BoJ will release meeting minutes and summary of opinions too. ECB will release monthly bulletin. 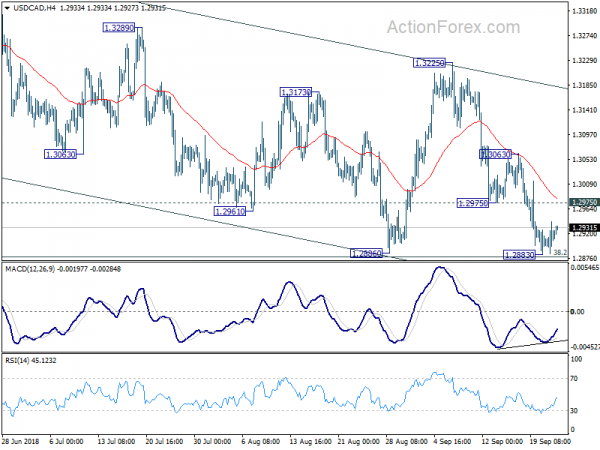 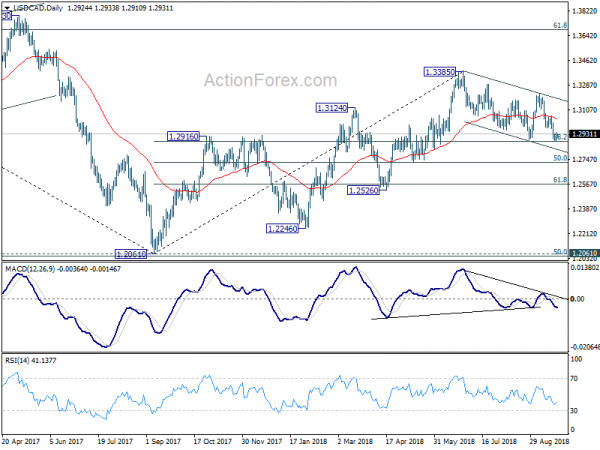