Dollar spikes higher in early US session as Q1 GDP grew much more than market expectations. However, the greenback quickly pulled back as details are seen as much weaker than the headline number suggests. It’s actually a set of data welcome by stock traders as Fed will likely stay cautious. DOW futures rebound strongly after the release while NASDAQ futures point to extending record run. US 10-year yield falls sharply and breaches 2.5% handle.

US GDP grew 3.2% in Q1, blows past expectations

US real GDP grew 3.2% annualized in Q1, way better than expectation of 2.2%. However, the underlying details are seen by some economists as much weaker than the headline number suggests. Personal consumption expenditures grew merely 1.2%, much lower than Q4’s 2.5%. Fixed investment growth also slowed to 1.5%, down from 3.1%. Core PCE, Fed’s preferred inflation measures, slowed to 1.3%, well below 2% target.

ECB Governing Council member Olli Rehn said stubbornly low inflation expectations could be a result of investors’ doubt of the central bank’s policy. he said “firstly, long-lasting slow inflation may have lowered inflation expectations durably, and even so that they are easily moving downwards”. And “secondly, markets may find that monetary policy measures are not, under the current circumstances, effective enough to accelerate inflation.”

Additionally, Rehn hinted that some policymakers could prefer to keep interest rate at current level beyond the end of this year. He said “some of us were of the opinion that the low interest rate policy could have been pursued even a little longer”. And, “in this situation of economic uncertainty and weaker growth, there are reasons to pursue a very stimulating monetary policy.”

SNB Chairman Thomas Jordan warned that situation on financial and foreign exchange markets remains “fragile”. And, “against the current backdrop, our unconventional monetary policy with the negative interest rate and our willingness to intervene in the foreign exchange market as necessary remains both essential and appropriate”. He is optimistic that eventually, interest rate will turn positive again. But he added “I cannot tell you now when exactly that will be”.

Separately,  head of the SNB Council, Jean Studer emphasized “the SNB can only fulfil its statutory mandate if it retains full independence in monetary policy matters”. He warned “a politicized central bank would no longer be able to carry out its tasks in the best interests of the country as a whole.”

In March in New Zealand, exports jumped 19% yoy to NZD 5.7B, hitting a record for any month. Imports, on the other hand, dropped -3.4% yoy to NZD 4.8B. Trade balance came in at a NZD 922m surplus, highest since April 2011, and beat expectation of NZD 131m. International statistics manager Tehseen Islam said, “exports to China were the leading contributor to increases in several primary sector commodities including dairy products, beef, lamb, and forestry products.”

IMF Lagarde: China’s Belt and Road should only go where it’s needed and sustainable

IMF Managing Director Christine Lagarde called for greater balance in the next phase of China’s Belt and Road Initiative. She borrowed from a Chinese proverb “It is easy to start a venture — the more difficult challenge is what comes next.” 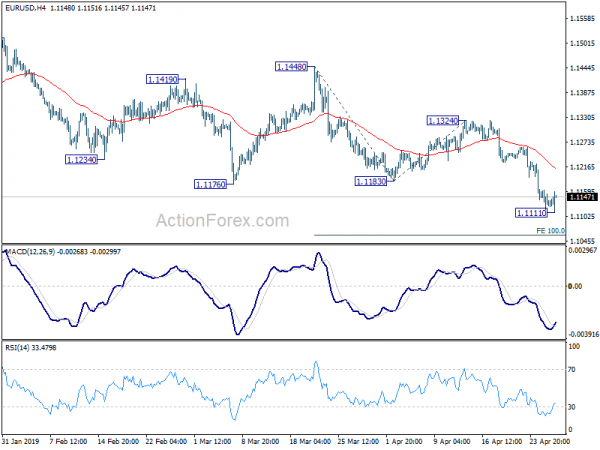 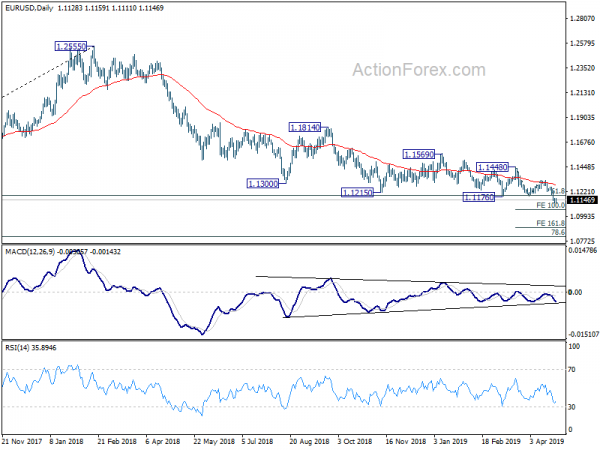