Selloff in Sterling remains the focus in Asian session today, as markets are adding their best to no-deal Brexit. The currency markets are relatively quiet elsewhere. Canadian Dollar is currently the second weakest, then Euro. Yen and Swiss Franc are the strongest, with help by falling treasury yields. Dollar is the third strongest as markets await Fed’s rate cut tomorrow.

Technically, GBP/USD is in downside acceleration and should be targeting 1.1946 low next. GBP/JPY is on track to retest 131.51 low and break will resume fall from 156.96 towards 122.36 low in medium term. EUR/GBP’s strong break of 0.9101 key resistance also carry long term bullish implication and the cross should target 0.9305 (2017 high). Both upside USD/CHF and USD/JPY lost upside moment ahead of near term resistance. The greenback will likely turn into consolidation first, in general, except versus Pound.

Sterling’s selloff continues today as markets are adding their bets to no deal Brexit. UK Prime Minister Boris Johnson is insisting that he could get a new Brexit deal with the EU. He said in televised comments that “we’re very confident, with goodwill on both sides, two mature political entities — the U.K. and EU — can get this done”.

And, “it’s responsible for any government to prepare for a no deal if we absolutely have to. That’s the message I’ve been getting across to our European friends. I’m very confident we’ll get there.” He also insisted that the Irish backstop is “dead” along with former PM Theresa May’s withdrawal agreement.

Johnson also emphasized that “Once we leave the EU on Oct. 31, we will have a historic opportunity to introduce new schemes to support farming – and we will make sure that farmers gets a better deal”. And, “Brexit presents enormous opportunities for our country, and it’s time we looked to the future with pride and optimism.”

At this point, there is no sign of EU shifting its position yet. That is, the negotiation for the Brexit Withdrawal Agreement was closed and won’t be re-opened. European Commission also indicated that while an orderly withdrawal is in everyone’s interest, the bloc is well-prepared for a no-deal Brexit.

BoJ stands pat, economy to continue on an expanding trend

BoJ left monetary policy unchanged today as widely expected. Under the yield curve control framework, short-term policy interest rate is held at -0.10%. 10-year JGB yield will be held at around zero percent with JGB purchases. Monetary base will increase at an annual pace of around JPY 80T. The decisions are made with 7-2 vote with Y. Harada and G. Kataoka dissented again.

In the outlook for economic activity and prices report, BoJ said the economy is “likely to continue on an expanding trend throughout the projection period” through fiscal 2021. Exports are projected to “show some weakness” for the time being, but are still expected to be on a “moderate increasing trend”. Domestic demand would “follow an uptrend” against the background of highly accommodative financial conditions and government spending.

Regarding inflation, all item CPI “continued to show relatively weak developments”. But “further price rises are likely”. Year-on-year rate of change in CPI is “likely to increase gradually toward 2 percent”. And both growth and CPI projections are “more or less unchanged” from previous projections.

A Ministry of Economy, Trade and Industry said in the press briefing that the decline was a reversal of the unexpectedly strong production in the preceding months.” He added, “we don’t believe there is a downward trend, though there isn’t an upward trend either”. Production just “fluctuates indecisively”.

Also from Japan, unemployment rate improved to 2.3% in June, down from 2.4%. Number of people in work hit record 67.5m. Ministry of Internal Affairs and Communications said “the jobless rate has been firm and moving narrowly at that level”.

Later in the day, US personal income and spending, with PCE inflation will be the major focus, together with consumer confidence. Pending home sales and S&P Case-Shiller house price will also be released. 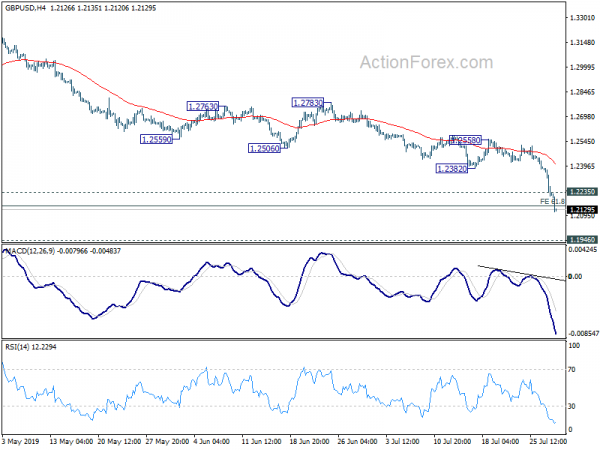 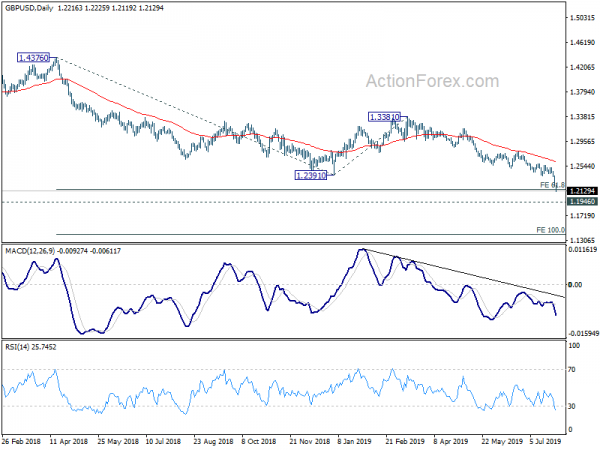