Yen surges broadly as Asian markets tumble sharply on US-China trade war escalation. Gold also resumed recent up trend and hit as high as 1555. But traders turn a bit more cautious as mixed messages came out of China. A bit more time is needed to gauge the formal response on the escalation. At the time of writing, Euro and Dollar follow Yen as the next strongest. Australian and New Zealand Dollars are the weakest naturally, on risk aversion.

Technically, USD/JPY resumes recent decline by breaking 105.04 support. Next target is 103.69 projection level. EUR/JPY is on track to next medium term support at 114.85. 0.6677 low in AUD/USD will be a focus today and break will resume larger down trend. With today’s rebound and breach of 1.6594 in EUR/AUD, recent correction is likely completed. Further rise should be seen in EUR/AUD to 1.6786 resistance and break will resume recent up trend.

China: Trade war with US is an unavoidable trial by fire

Chinese Vice Premier Liu He tried to tone down recent abrupt escalation of trade tensions with the US. He said “we are willing to resolve the issue through consultations and cooperation in a calm attitude and resolutely oppose the escalation of the trade war.” He added that such escalation is “not beneficial for China, the United States, nor to the interests of the people of the world”.

Liu also emphasized that China “welcome enterprises from all over the world, including the United States, to invest and operate in China”. “We will continue to create a good investment environment, protect intellectual property rights, promote the development of smart intelligent industries with our market open, resolutely oppose technological blockades and protectionism, and strive to protect the completeness of the supply chain,” he added.

However, state media are singing another tune. The official China Daily warned that US President Donald Trump’s tariff war was unquestionably “politically motivated”. And, “what Washington wants from its largest trade partner is for it to be content to play second fiddle and meekly do as it demands”. It added “Beijing regards the trade war as an unavoidable trial by fire, from which the country will emerge stronger.”

US and Japan agreed in principle on trade deal, for signing next month

US President Donald Trump and Japan Prime Minister Shinzo Abe announced to have agreed in principle on trade deal, at a joint press conference at G7 in France. The teams are now working on finalizing the agreement for signing next month.

Trump said “It’s a very big transaction, and we’ve agreed in principle. It’s billions and billions of dollars. Tremendous for the farmers”. US Trade representative Robert Lighthizer said the agreement “will lead to substantial reductions in tariffs and non-tariff barriers across the board.”

The week ahead is relatively light on data. Main focuses will be on US-China trade war, Italian political turmoil and any news regarding Brexit. On data, US durable goods and PCE inflation will catch most attention. German Ifo and Eurozone CPI flash could seal the case for ECB easing next month. Canada GDP will catch some attention too, together with housing data from Australia and confidence data in New Zealand. 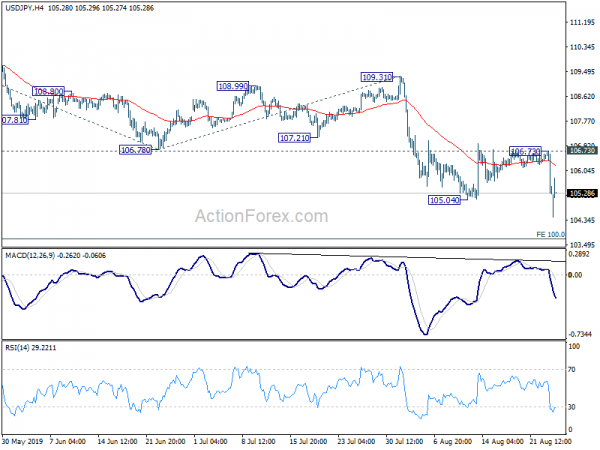 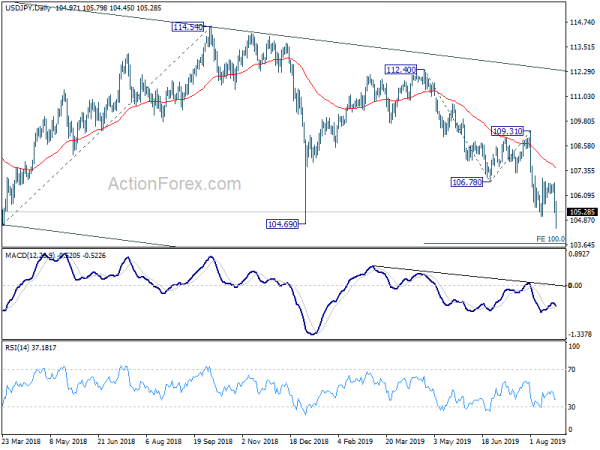