Sterling trades generally soft today as markets are awaiting Brexit developments. Scotland’s Outer House of the Court of Session ruled against the request to force Prime Minister Boris Johnson to seek Brexit delay. But that was only because “government’s clearly stated position before the court, there is no need for coercive orders against it or against the Prime Minister to be pronounced.” So, reactions to the ruling are rather muted. For today, Pound is just the third weakest so far, following Australian and New Zealand Dollar. On the other hand, Euro and Swiss Franc are the strongest ones, together with Canadian Dollar.

Technically, more downside is expected in Sterling against Yen and Euro, despite some loss of downside momentum. Selling in the Pound could accelerate if GBP/USD breaks through 1.2204 to resume the decline from 1.2382. AUD/USD lost more ground today and could be heading back to 0.6670 low. Similarly, EUR/AUD is also heading back to 1.6368 temporary top.

UK urges EU to match its compromises on Brexit

UK Prime Minister Boris Johnson said he made a “very generous, fair and reasonable offer” to the EU on Brexit. And “what we’d like to hear from you now is what your thoughts are.” And, he also told EU, “if you have issues with any of the proposals that we’ve come up with, then let’s get into the detail and discuss them.”

Johnson’s spokesman also noted, “We are ready to talk to the EU at pace to secure a deal so that we can move on and build a new partnership between the UK and the EU, but if this is to be possible, the EU must match the compromises that the UK has made”. And, “the PM still believes there is an opportunity to get a deal done, but the EU must understand, in order to achieve that, the backstop has to be removed.”

BRC Like-for-Like Sales dropped -1.7% yoy in September, much worse than expectation of -0.8% yoy

Helen Dickinson OBE, Chief Executive, BRC: “With the spectre of a no-deal weighing increasingly on consumer purchasing decisions, it is no surprise that sales growth has once again fallen into the red. Many consumers held off from non-essential purchases, or shopped around for the bigger discounts, while the new autumn clothing ranges suffered from the warmer September weather.

“The longer-term prospect continues to be bleak, with the 12-month average once again plumbing new depths at a mere 0.2 per cent. Online non-food sales growth was the lowest on record, though still compared favourably to the decline in growth at physical stores.

“With four months of negative sales growth since March, the ongoing political gridlock surrounding Brexit is harming both consumers and retailers. Clarity is needed over our future trading relationship with our closest neighbours, and it is vitally important that Britain does not leave the EU without a deal.”

Sentix noted “there is no positive reaction to the central banks’ aid measures, and economic assessments are broadly negative in October”. The data have the effect of a “cold shower: there is no sign of a trend reversal, all subcomponents are in a descent.” “Particularly worrying is the dynamics of the deterioration of the situation, which signals a downward thrust of -6 points. Fears of recession are and remain immanent. The central bankers have not succeeded in breaking the downward spiral with the measures taken so far.”

Manufacturers of intermediate goods saw new orders increase by 1.1% mom. The manufacturers of capital goods showed decreases of -1.6% mom. For consumer goods, a decrease in new orders of -0.9% mom was recorded.

Australia AiG Performance of Construction Index dropped to 42.6 in September, down from 44.6. The construction industry was on aggregate declined more sharply. Contraction continued for 13th consecutive months with industry activity and new orders falling further into negative territory. 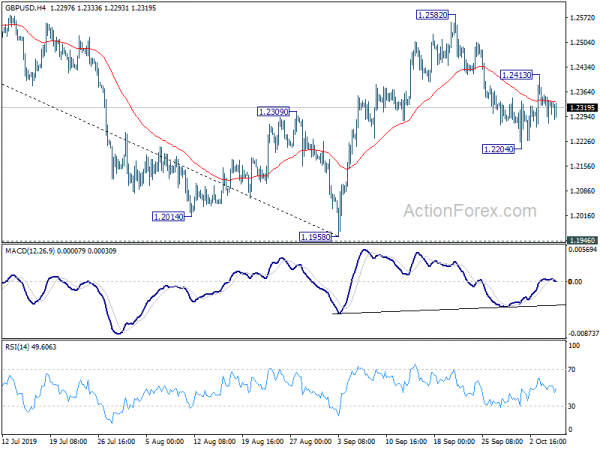 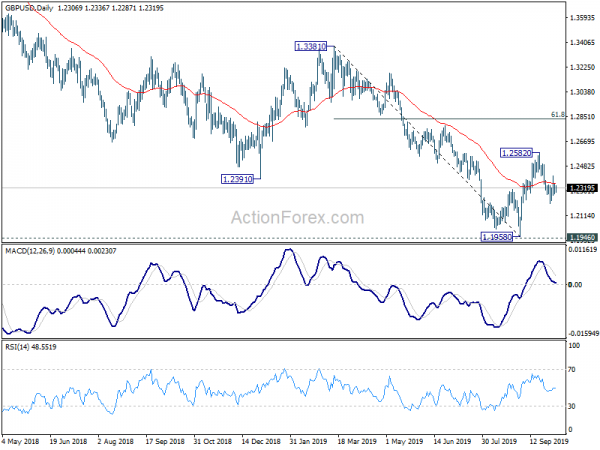 EU Indices Still Down This Morning | TA Focus On Sika