The forex markets are rather mixed today even though stocks are generally in risk averse mode. Sterling regains some strength and takes Euro higher with it. Yet, there is no follow through buying through near term resistance against Dollar and Yen yet. Yen and Dollar turned mixed as markets sentiments stabilize mildly. US-China trade negotiations remain the main driver but there is no clear break through yet. Meanwhile, Canadian Dollar is the weakest one on dovish BoC and poor job data.

Technically, with today’s rebound, focus is immediately back on 1.3012 resistance in GBP/USD. Decisive break there will resume whole rise form 1.1958. GBP/JPY might also take on 141.50 for resuming rise from 126.54. EUR/USD edged higher through 1.1089 temporary top but quickly retreat. Focus is indeed back on 1.1053 minor support and break will indicate completion of rebound from 1.0989.

Chinese Ministry of Commerce spokesman Gao Feng reiterated at that China is willing to work with US to address each other’s core concerns to reach the phase one trade deal. And, “this is in line with the interests of both China and the United States, and of the world”. Gao also dismissed “outside rumors” regarding farm purchases and tariff rollbacks a sticking points as “not accurate”.

WSJ reported that China has invited top US trade negotiators for another round of face-to-face meeting in Beijing, preferably before next Thursday’s Thanksgiving holiday. But US have indicated that they’re only willing to travel if China would make clear its commitments on intellectual property protection, forced technology transfers and agricultural purchases.

Separately, on the issue of Hong Kong, China continued to express strong objections to the passage of the Hong Kong Human Rights and Democracy Act. Geng Shuang, spokesman at Foreign Ministry, said “we urge the U.S. side to cease this activity, stop before it’s too late and take measures to prevent these measures from becoming law, stop meddling in Hong Kong’s affairs and China’s affairs”. He added, “If they must insist on going down this wrong path China will take strong counter-measures.”

In the accounts of ECB’s October 23-24 meeting, it’s noted that incoming information confirmed “the pronounced slowdown in euro area economic growth and a continued shortfall of inflation”. That vindicated the new monetary stimulus package announced back in September’s meeting. “Confidence” was expressed that the package would provide “substantial monetary stimulus”. But the measures “should be allowed more time” to fully unfold their effects.

Looking ahead, a strong call was made for unity of the Governing Council” as it’s important to “form a consensus” to unite behind the commitment on inflation target. And there was call on “other policymakers”, in particular fiscal policy”, “notably of governments with fiscal space, had to play a more prominent role to stabilise economic conditions in view of the weakening economic outlook and the continued prominence of downside risks.

OECD warned that trade conflict, weak business investment and persistent political uncertainty are weighing on the world economy and raising the risk of long-term stagnation. Global GDP growth for 2020 was revised down by 0.1% to 2.9%, same as this year, lowest annual rate since the financial crisis. That’s also a sharp slowdown from 3.5% back in 2018.

OECD Chief Economist Laurence Boone said: “It would be a mistake to consider these changes as temporary factors that can be addressed with monetary or fiscal policy: they are structural. Without coordination for trade and global taxation, clear policy directions for the energy transition, uncertainty will continue to loom large and damage growth prospects.”

OECD Secretary-General Angel Gurría said: “The alarm bells are ringing loud and clear. Unless governments take decisive action to help boost investment, adapt their economies to the challenges of our time and build an open, fair and rules-based trading system, we are heading for a long-term future of low growth and declining living standards.”

Look at some details: 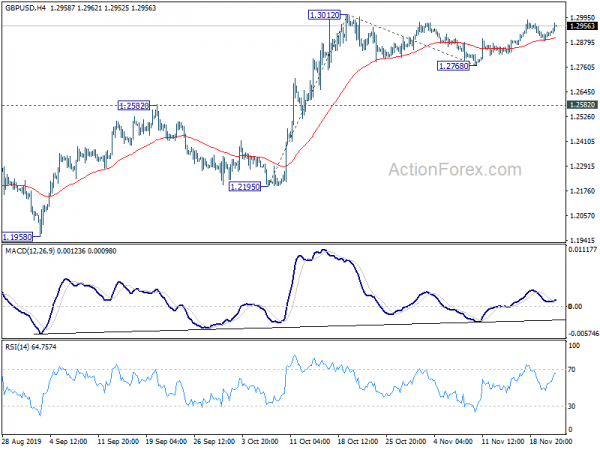 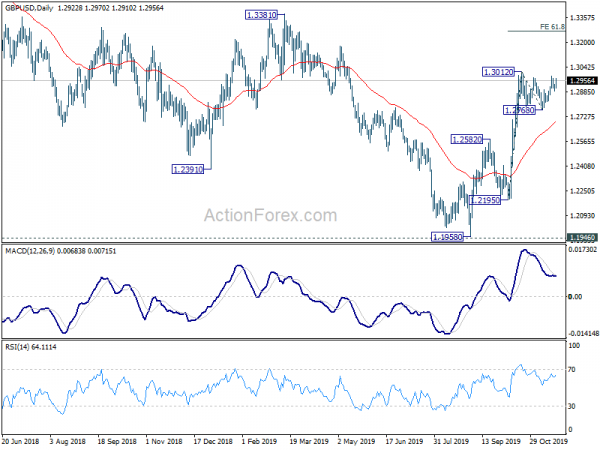