Though, technically, there is no change in overall outlook despite the moves. EUR/USD is on track to take on 1.0989 support. Break will resume fall from 1.1175 to retest 1.0879 low. AUD/USD is extending near term consolidation from 0.6769 but held well below 0.6841 resistance. Further decline is still expected through 0.6769 to 0.6670 low at a later stage. GBP/JPY recovers after hitting 139.36 minor support, but remains vulnerable. Firm break of 139.36 will extend the near term correction towards 135.74 resistance turned support.

Hong Kong stocks lead Asian markets generally higher in reaction to the results of Sunday’s district council elections. While the district councils have few real powers, the elections are seen as a referendum on the current unrest, and a confidence vote on the government.

The elections results should put extra pressure on the Chinese and Hong Kong government to answer the five demands of the protesters. The government will have “no excuse” not to appoint a commission of inquiry on all that happened regarding the extradition bill, including police brutality. Such development would offer some hope for ending the near six month unrest in the city.

There are increasing speculations that the completion of the phase one US-China trade deal would slide into next year. China is said to be refraining concrete commitment on farm purchases, while pushing for more extensive tariffs rollbacks. At the same time, tensions between the two countries increased due to unrest in Hong Kong.

US national security adviser Robert O’Brien said over the weekend “We were hoping to have [a phase one] deal done by the end of the year. I still think that’s possible”. Though, he also emphasized, “at the same time, we’re not going to turn a blind eye to what’s happening in Hong Kong or what’s happening in the South China Sea, or other areas of the world where we’re concerned about China’s activity.”

Meanwhile, Reuters reported that the “ambitious” phase two deal looks increasing less likely for now. An unnamed Chinese office was quoted saying that “It’s Trump who wants to sign these deals, not us. We can wait.” China might want to drag on with phase two negotiations to see if Trump could win a second term in next year’s election.

Sterling recovers as Johnson pledges to get Brexit done

Sterling recovers mildly after UK Prime Minister Boris Johnson’s fresh Brexit promise. Launching his election manifesto in the central English town of Telford, he said “Get Brexit done and we shall see a pent up tidal wave of investment into this country. Get Brexit done and we can focus our hearts and our minds on the priorities of the British people.”

UK is heading to snap election on December 12, Johnson is targeting to bring the Brexit deal back to the parliament before Christmas. He also pledged, “we will not extend the implementation period beyond December 2020”.

A relatively light week ahead

US durable goods orders, consumer confidence, GDP revision and PCE inflation will be the major focuses in a relatively light calendar. Eurozone CPI flash will also be watched, with Germany Ifo business climate too. Canadian dollar has been a rather volatile currency recently and will look into GDP data for next move. Down under, New Zealand retail sales, trade balance and Australia private capital expenditure will be the main focuses. 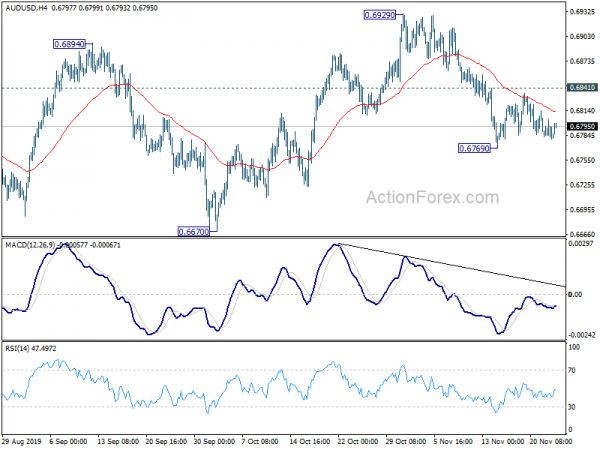 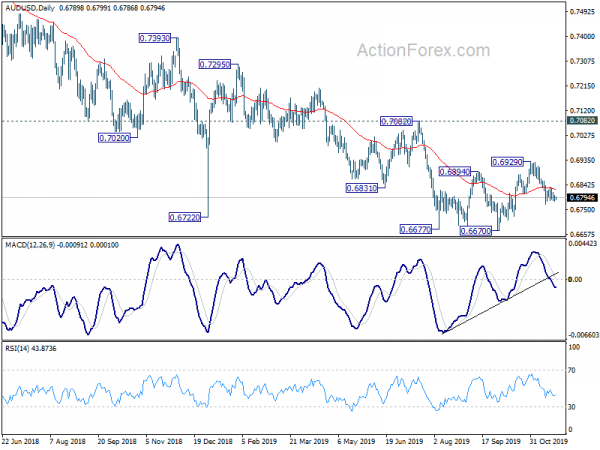 Johnson: UK could leave EU on Australia term if no trade deal is reached