Markets continue to trade in rather subdued manner today, awaiting the key events ahead, including three central bank meetings, trade deal and UK elections. Meanwhile, Euro is trading generally higher, slightly, as supported by improvement in investor confidence. Sterling is also firm but fails to extend earlier gains. On the other hand, Australian and New Zealand Dollars are mildly lower, followed by the greenback.

Technically, after last week’s rebound attempt, there is so far no follow through buying in the greenback. USD/CHF, USD/JPY, USD/CAD and AUD/USD are staying in established range. EUR/USD’s pull back is so far contained well above 1.0981 support. Further rise is mildly in favor for the near term. Break of 1.1116 will target a test on 1.1179 resistance next.

Sentix said, “the second improvement in a row may be taken as an indication that the spectre of recession has been dispelled in the Euro zone”. And, more and more investors are convinced that “the worst is over” for the economy. Investors are pinning their hops on an “increase in government spending on government investment.

According to provisional results of the Deutsche Bundesbank, the current account of the balance of payments showed a surplus of EUR 22.7B. That takes into account the balances of trade in goods including supplementary trade items (EUR 22.5B), services (EUR -4.3B), primary income (EUR 9.0B) and secondary income (EUR -4.5B).

Japan Q3 GDP revised up to 1.8% annualized on capital spending

Japan’s Q3 GDP growth was finalized at 0.4% qoq, revised up from preliminary reading of 0.1% qoq. Annualized rate was revised sharply higher to 1.8%, up from 0.2%. That’s the fourth consecutive quarter of growth despite persistent global headwinds.

As the 17-month trade war with US drags on, it was indeed the fourth consecutive of contraction in exports. On the other hand, the surprised growth in imports argued that the government’s stimulus might be in play in supporting domestic demand.

The upcoming Sunday, is the “natural deadline” for the phase one US-China trade deal. If nothing happens between now an then, a new round of tariffs on USD 156B of essentially all untaxed Chinese imports will take effect. US President Donald Trump said last week that talks were “moving right along”. Yet, he didn’t object to the idea of waiting until after 2020 election to seal the deal. 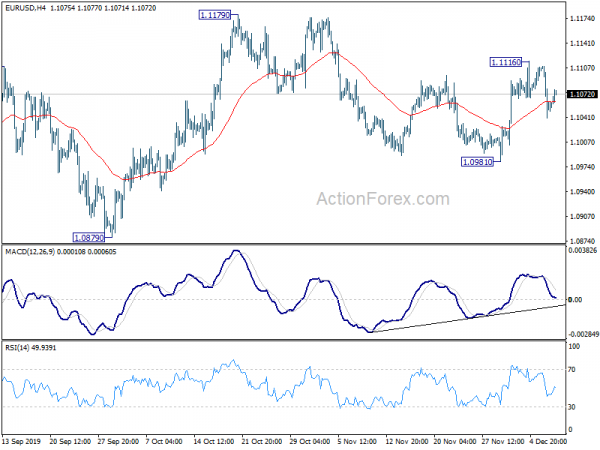 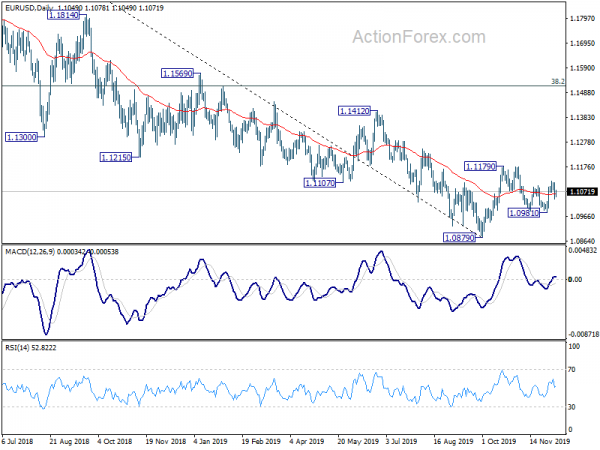