Dollar and Yen Mildly Higher, Sterling Weak ahead of CPI

Dollar and Yen trade mildly higher in Asian session as markets turned into mild risk avers mode. Sterling remains the weakest one on concern of another Brexit cliff-edge at the end of transition period. The Pound will face another test from UK inflation data today, before heading to BoE rate decision tomorrow. New Zealand Dollar is currently the second weakest, followed by Euro. Swiss Franc has been attempting to extend recent rise but lacks follow through buying so far. The Franc could be another one to watch for today.

Technically, there is no change in GBP/USD’s and GBP/JPY’s bullish outlook, with 1.3050 support and 142.47 support intact. EUR/GBP breached 0.8508 minor resistance but couldn’t sustain above there yet, keeping near term outlook bearish. We’ll keep an eye on EUR/GBP as early signal of more selloff in Sterling. Recoveries in EUR/USD and EUR/JPY lost momentum ahead of 1.1199 and 122.65 respectively. Another fall would be seen in both pairs before near term consolidations complete.

Fed Rosengren and Kaplan thought rates should stay where they are

Boston Fed President Eric Rosengren said yesterday that “the appropriate path of policy is to stay where we are.” He added, “with the recent positive economic news, and with monetary and fiscal policy already accommodative, I see no need to make the current stance of monetary policy more accommodative in the near term.” It’s appropriate to “take a patient approach to considering any policy changes, unless there is a material change in the outlook.””Hopefully this is going to be a boring year for monetary policy”. He had penciled in no change in interest rate through 2020.

On the economy, he said ” it is unlikely we will have an economic downturn in the coming year, given the generally positive financial conditions and the continued accommodative monetary and fiscal policies… Plentiful jobs and growth in income have provided improvements in confidence and bode well for holiday sales and beyond… Fortunately for the economy, many consumers seem to be in a buying mood.”

Separately, Dallas Fed President Robert Kaplan told Bloomberg that “we’re going to have weak manufacturing next year, sluggish global growth, pretty sluggish business investment, but with a strong consumer”. Still, “there would have to be some material change from that outlook” for him to back a rate change.

In non-seasonally adjusted terms, Japan’s exports dropped -7.9% yoy to JPY 6.38T in November. Even though that’s a smaller than expected decline, it still marked the 12-month straight month of contraction. Exports were dragged down by cars and construction equipment to the US, as well as shipment of chemical production to China. Imports dropped -15.7% yoy to JPY 6.46T. Trade surplus dropped sharply by -88.9% yoy to JPY 0.082T.

Thomson Reuters/INSEAD Asian Business Sentiment jumped to 71 in Q4. That was a large swing from Q3’s 58, which was close a decade low, to the highest since June last year. The change was also a noticeable shift from neutral to optimistic even though majority of firms are not yet confident enough to plan hiring.

Antonio Fatas, economics professor at INSEAD, said, “conditions, expectations and some of the uncertainty has improved over the last quarter. But I don’t see this uncertainty disappearing, I think some of these tensions are going to stay with us maybe for years or decades.” 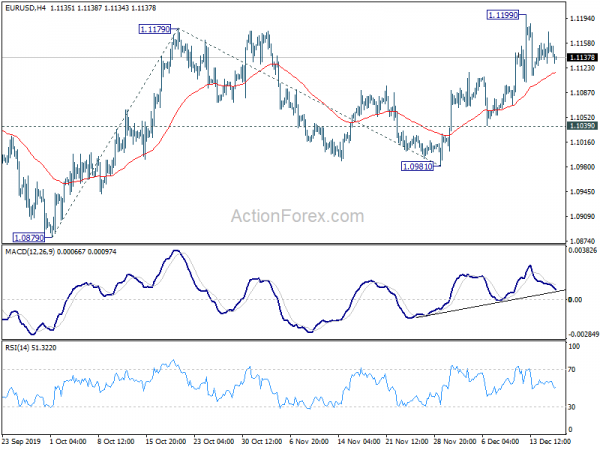 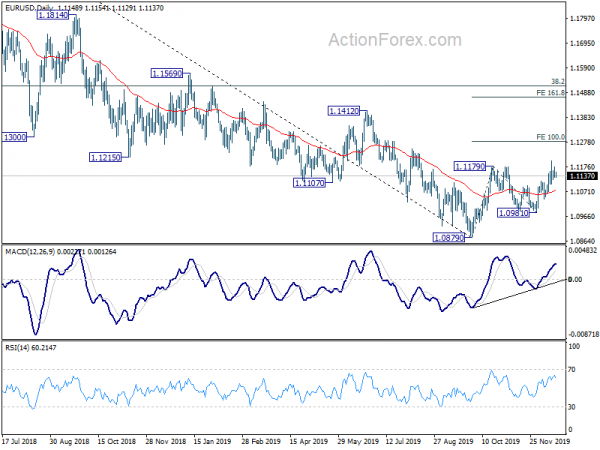