The forex markets are relatively quiet today, with little reactions to the record run in US stock markets overnight. Yen is indeed to trying to rally risk appetite markets, drawing support from 10-year JGB yield which turns positive. Swiss Franc is generally firm as this week’s rally is maintaining mild momentum. Sterling remains soft as this week’s correction is set to extend further. For the week, the Pound is the weakest one, followed by Euro and then Dollar. Swiss is the strongest, followed by Canadian.

Technically, the strength in Swiss Franc is worth a note. USD/CHF is on track to extend the fall from 1.0023 to retest 0.9659 low. With break of 1.0910 support yesterday, EUR/CHF is also heading back to 1.0811 low. The developments are keeping EUR/USD is very tight range. But near term outlook in EUR/USD stays cautiously bullish as the pair is kept well above 1.1039 support.

In the US, House passed the legislation to implement the USMCA by 385-41 votes yesterday, with 38 Democrats, two Republicans and one independent lawmakers voted no. At this point, it’s unsure when Senate will take it up. Senate Republican leader Mitch McConnell said before that a USMCA vote would likely follow the impeachment trial on President Donald Trump, possibly in January.

Mexican Foreign Minister Marcelo Ebrard said “We’re going forward. Good news” after the passage. He added that the new will start  new phase of investment and growth for Mexico, ending a period of uncertainty. Canadian Prime Minister Justin Trudeau said Canada’s Parliament would approve USMCA “as quickly as we can.” But Parliament is not scheduled to return to Ottawa before Jan. 27.

Japanese Primes Minister Shinzo Abe’s cabinet approved a record JPY 102.7T general account budget today, for the fiscal year beginning April 2020. That marks a 1.2% rise from the current fiscal year. There will be JPY 61.7T in general spending, with JPY 36T on social security. JPY 23.4T will be used for debt servicing. JPY 15.8T will be transferred to regional and local governments.

Meanwhile, the government projected to have JPY 63.5T in tax revenue, JPY 32.6T in revenue from bond issuance, and JPY 6.6T income from others sources. Also, the government doesn’t project a balanced budget until fiscal 2027.

While it’s the 35th straight month of core price increases, it remained well below BoJ’s 2% target. An official from  the Ministry of Internal Affairs and Communications said, “although at a slower pace, the index continues to rise, so there is no change in our view that the prices are rising moderately.”

Joe Staton, Client Strategy Director at GfK, said: “We haven’t seen such a robust increase in confidence about our economic future since the summer of 2016. Despite official warning signs about the flat-lining of Britain’s economy, we know that record high employment and below target levels of inflation are helping to boost consumers’ expectations for the year ahead.

Main focus will be Canadian and US data featured later in the day. Canada will release retail sales and new housing price index. US will release personal income and spending, with core PCE inflation. 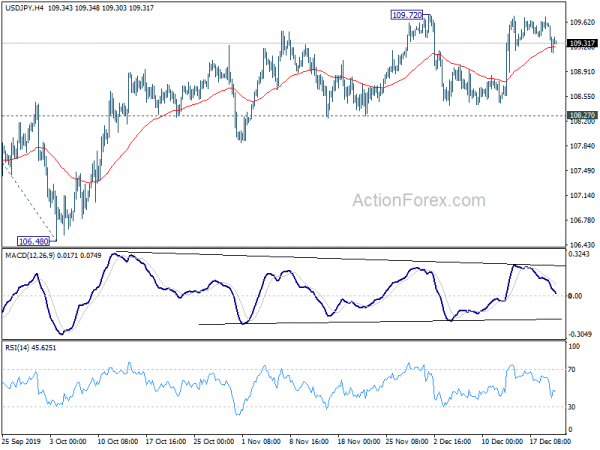 In the bigger picture, there is no confirmation of medium term reversal. Corrective decline from 118.65 (Dec. 2016) could still extend lower. But in that case, we’d expect strong support above 98.97 (2016 low) to contain downside to bring rebound. Meanwhile, on the upside, break of 112.40 key resistance will be a strong sign of start of medium term up trend. 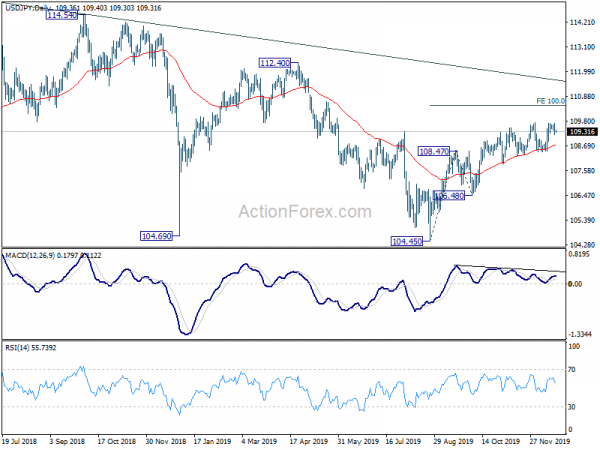