Sterling is trading as the weakest one for today as it suffers renewed selling ahead of holidays. Canadian Dollar is currently the second weakest, weighed down by unexpected contraction in October GDP. Meanwhile New Zealand and Australian Dollars are the strongest ones, lifted by China’s move to lower import tariffs. Dollar shrugs off much weaker than expected durable goods orders.

Merry Christmas to our readers. We’ll be back on Dec 26.

US durable goods orders dropped -2.0% mom to USD 242.6B, well below expectation of 0.2%. Headline orders was down in two of the last three months. Ex-transport orders was flat, missed expectation of 1.5% rise. Ex-defense orders, on the other hand, rose 0.8%.

China lowers tariffs on 859 imports types to below MFN rates 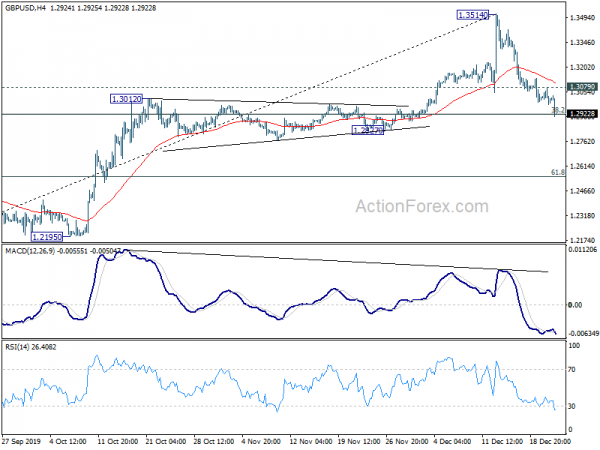 In the bigger picture, rise from 1.1958 medium term bottom is on track to retest 1.4376 key resistance. Reactions from there would decide whether it’s in consolidation from 1.1946 (2016 low). Or, firm break of 1.4376 will indicate long term bullish reversal. In any case, for now, outlook will stay bullish as long as 1.2582 resistance turned support holds. 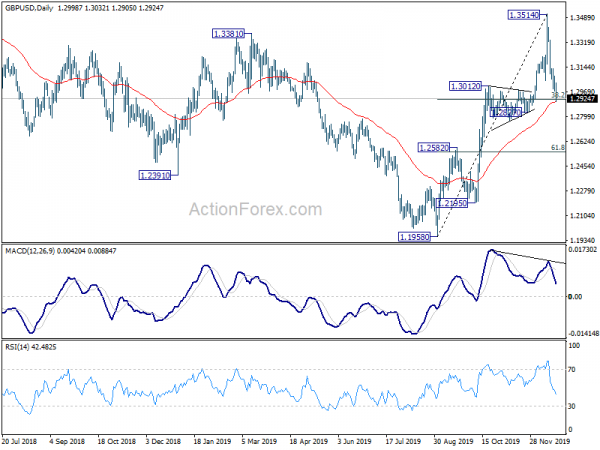