Dollar Attempting Recovery Together With Yen, Market in Consolidation Mode

Dollar started the first trading day of 2020 with mild recovery, as the year end selloff seems to have passed the climax temporarily. Though, Yen is currently even stronger. On the other hand, European majors are generally lower for the moment. But overall, the forex markets appear to be in consolidative mode, rather than a turn around. Subdued trading might continue unless next week.

Technically, 108.27 support in USD/JPY remains a focus for the near term. Decisive break there will indicate short term bearish reversal in the pair. That could triggered further selloff in Dollar elsewhere. On the other hand, USD/CHF appears to be drawing support form 0.9659 and recovered. Further fall is expected as long as 0.9770 minor resistance holds. But break of this resistance could be an early sign of more broad based rebound in the greenback.

US initial jobless claims dropped to 222k, slightly below expectation

Eurozone PMI manufacturing finalized at 46.3, a dire end to 2019

Eurozone PMI Manufacturing was finalized at 46.3 in December, down from November reading of 46.9. Markit noted there were accelerated falls in both output and new orders. Also, there was prevalence of spare capacity that led to further job losses.

Looking at the member states, Germany PMI Manufacturing was finalized at 43.7, a two month low. Italy and and the Netherlands dropped to 80-month lows at 46.2 and 48.3 respectively. France reading dropped to 3 month-low of 50.4.

Chris Williamson, Chief Business Economist at IHS Markit said: “Eurozone manufacturers reported a dire end to 2019, with output falling at a rate not exceeded since 2012. The survey is indicative of production falling by 1.5% in the fourth quarter, acting as a severe drag on the wider economy.” “The ability of the wider economy to avoid sliding into a downturn in the face of such a steep manufacturing contraction remains a key challenge for the eurozone as we head into 2020.”

UK PMI manufacturing finalized at 47.5, took a turn for the worse

UK PMI Manufacturing was finalized at 47.5 in December, down from November’s 48.9. It’s the second weakest level for almost seven-and-a-half years (the PMI stood at 47.4 in August 2019). Also, the index has posted below the neutral mark of 50.0 in each of the past eight months.

Rob Dobson, Director at IHS Markit, said: “The UK manufacturing sector took a turn for the worse at the end of 2019. Output fell at the quickest pace in seven-and-a-half years as new order inflows decreased and Brexit safety stocks were reduced. With demand weak and confidence remaining subdued, input purchasing was pared back sharply and jobs cut for the ninth successive month.” “UK manufacturing and the broader economy may both start the new decade as they began the last, too reliant on consumer spending and still waiting for a sustained improvement in investment levels.”

China Caixin PMI Manufacturing dropped to 51.5 in December, down from 51.8, missed expectation of 51.7.

Zhengsheng Zhong, Director of Macroeconomic Analysis at CEBM Group said: “China’s manufacturing economy continued to stabilize in December, although the expansion in demand was not as strong as the previous two months.

As the phase one trade deal between China and the U.S. has sent out positive signals, there is room for a recovery in business confidence, which should be able to help stabilize the economy.”

China cuts RRR by 50bps, releasing CNY 800B in funds

China’s PBoC announced yesterday to cut the reserve requirement ratio (RRR) by 50bps to 12.5%, effective January 6. That’s the eight cuts since early 2018, for releasing more funds for lenders to support the slowing economy. The reduction is expected to release around CNY 800B (USD 115B) of long term liquidity. Also, the move would offset cash demand ahead of Lunar New Year, keeping the liquidity of the banking system stable.

Outlook seemed to have improved recently as data showed stabilization. Meanwhile, China is expected to sign the phase one trade deal with the US, likely on January 15. Yet, more support measures are still expected as growth would likely cool further in 2020. 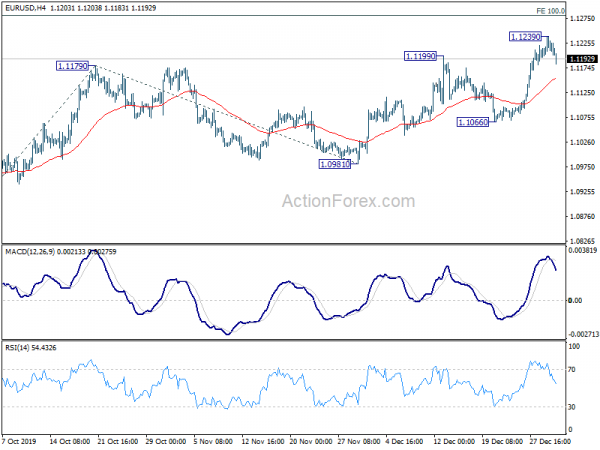 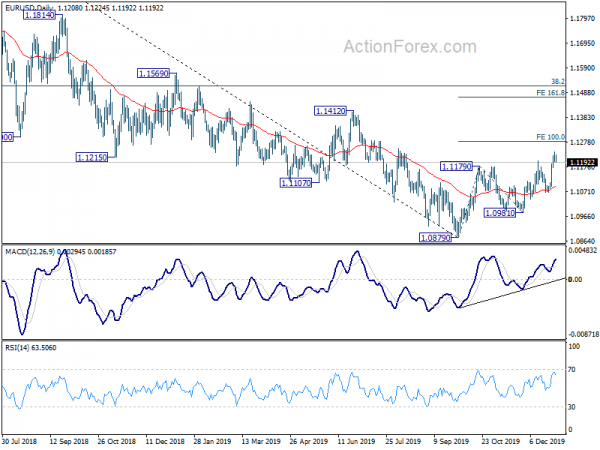