Global financial markets are generally quiet today. Stocks quickly pared back some of initial losses even though major indices are staying in red. US futures suggest that there is no clear direction for now. Dollar recovers generally and appears to be gathering momentum entering into US session. Yen, Swiss Franc and Sterling are not too far away. Meanwhile, Canadian Dollar is the weakest one for today so far, thanks to selloff in oil prices. Euro and other commodity currencies follow closely.

Technically, it’s still a bit early to judge if Dollar is finally reversing recent pull back. Focus will now be on 1.0953 minor support in EUR/USD, 1.2144 minor support in GBP/USD, 0.9655 minor resistance in USD/CHF and 1.4275 minor resistance in USD/CAD. Break of these levels will likely send the greenback back to recent highs. 1558 support in Gold will be watched too. Ideally, bullish reversal in Dollar should also come with corresponding, decline in gold.

In the report “The Economic Outlook in the Coronavirus Pandemic“, the German Council of Economic Experts (GCEE) presented three scenarios for the German economy in 2020 and 2021 due to coronavirus pandemic.

In the “baseline scenario”, economic situation will “normalize over the summer”. GDP would contract by -2.8% in 2020. GDP growth would bounce back to 3.7% in 2021, driven by catch-up effects and a large carry-over effect.

In the “risk scenario (pronounced V)”, “widespread stoppage of production” or “restrictive measures” would remain in place longer than planned. GDP could contract -5.4% annualized in H1. In 2021, growth could bounce back to 4.9% with “large carry-over effect of 1.1 percentage points”.

In the “risk scenario (long U)”, coronavirus containment would “last beyond the summer” and “delay economic recovery until 2021”. Policy measures may not be enough to prevent “far-reaching damage” to the economy. Ultimately, there is a risk of “negative feedback loops” through the financial markets or the banking system. 2020 GDP could shrink -4.5% with a slow recovery of 1.0% in 2021.

The strongest monthly decline in the ESI on record (since 1985) resulted from “slumping confidence among consumers and in all the business sectors”. The collapse was “particularly strong in services and retail trade”. Amongst the largest euro-area economies, the ESI plummeted in Italy (-17.6) and Germany (-9.8), and fell significantly also in France (-4.9), the Netherlands (-4.0), and Spain (-3.4). Importantly, in many countries the vast majority of survey responses were collected before strict containment measures were enacted to combat the spread of the Corona virus.

Swiss KOF plunged to 92.9, a marked decline in growth rates in near future

Swiss KOF Economic Barometer dropped to 92.9 in March, down from 101.8. KOF said, “the Swiss economy can be expected to see a marked decline in growth rates in the near future. This plunge of the Barometer reflects the first economic consequences of the accelerated spread of the Coronavirus.”

The reading was “about as low as after the minimum exchange rate for the Swiss franc was abandoned in January 2015”. nevertheless, “its troughs at the time of the economic crisis in 2008/9 were still significantly lower”.

China’s central bank PBoC lowered interest rate on 7-day reverse repo by -20bps to 2.20% today to inject CNY 50B into the banking system. That’s firstly an unscheduled announcement, and secondly, the largest cut since 2015. Thirdly, the 7-day reverse rate is now its lowest on record.

The cut signals that PBOC has entered “a stage with stronger counter-cyclical adjustment,” out of consideration of both domestic demand and global virus outbreak, Ma Jun, a PBOC adviser, said in a statement. “The PBOC doesn’t use its bullets all at once. China still has plenty of room in monetary policy.” 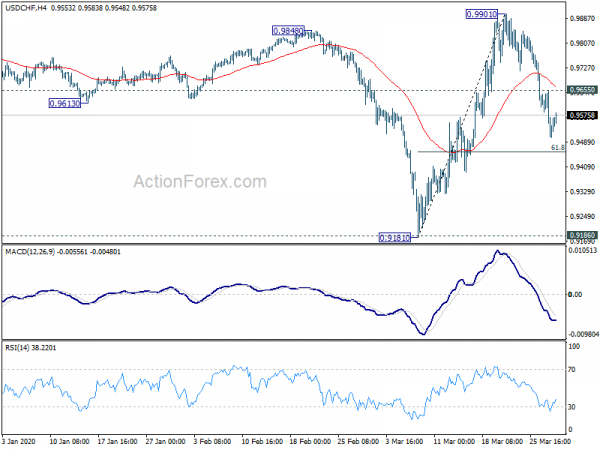 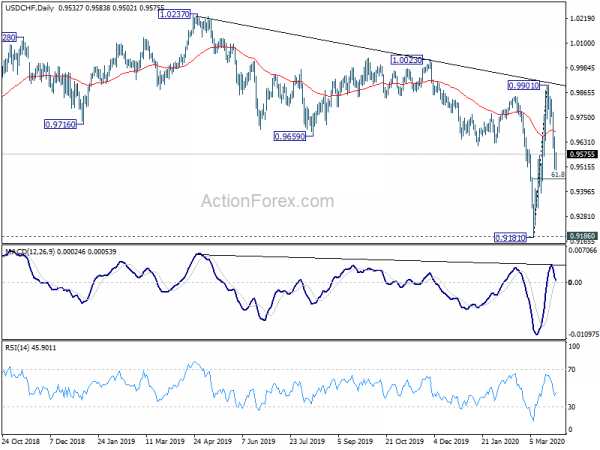