It seems that the markets are not having a clue on what to do next. While US initial jobless claims doubled to 6.6m, reactions are rather muted. DOW futures are staying positive for now, while European indices are mixed. Dollar seems to be picking up some buying after the release, but gold also trades firmer. Euro’s weakness, together with Swiss Franc, is the clearer development. Yet, downside is so far limited.

Technically, Euro could be a focus before weekend. EUR/GBP is now in proximity to near term fibonacci level at 0.8747. We’re still expecting strong support from there to bring rebound. But decisive break will dampen near term bullishness and turn focus back to 0.8282 key support. EUR/JPY is heading back to 115.86/116.12 support zone and break will resume medium term down trend. EUR/USD’s down side momentum is relatively week, but it’s still on track to deeper fall back towards 1.0635 low. It would be interesting to if the combined actions of EUR/JPY and EUR/USD would push USD/JPY through 106.75 support or 109.70 resistance.

US initial jobless claims doubled to 6.6m, another record high

EU Gentiloni: Italy losing 3% GDP for each month of lockdown

EU’s Commissioner for Economy Paolo Gentiloni warned that each month of lockdown in Italy would cause a -3% annualized GDP decline. But for now, there is no discussion on an Italian bailout. Confirmed coronavirus cases in Italy surged pass 110k this week while death tolls broke 13k. There is tentative signs of slowing after rigorous measures but no end in sight yet.

Earlier in the week Gentiloni a mentioned the absolute need to have coordinated European actions, which is growing already in the healthcare side and border management. EU members have taken measures of around EUR 270B and the efforts should be strongly coordinated in the new weeks and months. The suspension of fiscal rules is sufficient for a first immediate reaction. But there is a need to finance a general European recovery plan for the months ahead.

Alan Oster, NAB Group Chief Economist: “While the bulk of the survey was collected prior to the introduction of the more significant containment measures, the spread of the coronavirus and international developments has clearly impacted confidence. Business conditions were also weaker – and this was before activity saw a significant disruption”.

“Unsurprisingly, the forward indicators point to ongoing weakness in the business sector. While there was clearly a large amount of uncertainty at the time of the survey, it was clear that looming lockdowns and an escalation in social distancing measures would materially impact economic activity”. 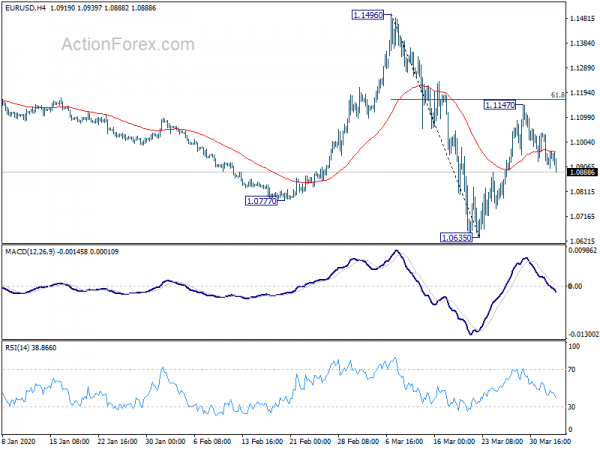 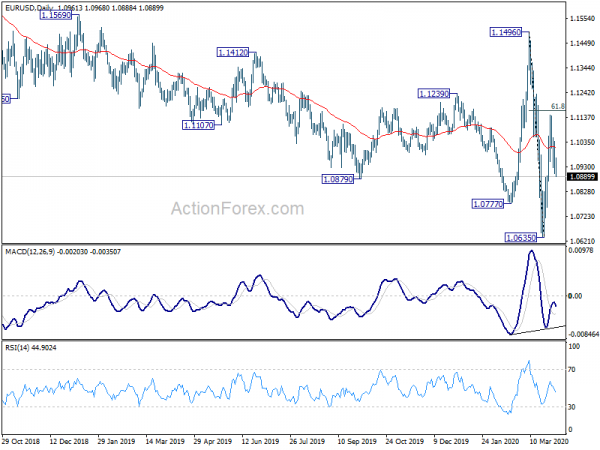