Global stocks strength in general as major coronavirus epicenters seem to be starting to flatten the curve. It’s reported that Germany is even planning for lockdown exit. However, it remains uncertain when this coronavirus pandemic is going to end, and the world would return to normal. Risk in second wave of infections in Asia could be increasing with Japan preparing to enter state of emergency. South America is also a area of concern, with steadily rising cases in Brazil.

In the currency markets, New Zealand Dollar is leading commodity currencies higher for now. Yen is the weakest one, followed by Euro and then Swiss Franc. Gold is following risk markets higher, with mild weakness in the greenback too. Technically, EUR/USD is still on track to retest 1.0635 low, and will remain so as long as 1.0902 minor resistance holds. GBP/USD recovers ahead of 1.2144 minor support, keeping it in range. EUR/GBP, on the other hand, reverses after brief recovery. Focus is back on 0.8747 fibonacci support. Break could bring deeper fall back to 0.8282 support.

Japanese Prime Minister Shinzo Abe indicated that he could formally announce a month-long state of emergency as soon as on Tuesday. The seven prefectures include Tokyo, Osaka, Kanagawa, Saitama, Chiba, Hyogo and Fukuoka. Though, he insisted that “we are not changing Japan’s policy, but strengthening it and asking for full cooperation.”

“Japan won’t, and doesn’t need, to take lockdown steps like those overseas,” he added. “Trains will be running and supermarkets will be open. The state of emergency will allow us to strengthen current steps to prevent an increase in infections while ensuring that economic activity is sustained as much as possible.”

Additionally, Abe is planning to boost virus testing capacity to 20,000 a day, with increased number of hospital beds and ventilators. There will also be cash handouts of JPY 200m to small and midsize businesses.

Reuters reported today that the German Interior Ministry is already drafting a plan to end lockdown and return the country to normal lift, starting April 19. The document assumed that the coronavirus pandemic will last until 2021. But with proper measures, the average number of people infected by one person could be limited below one.

the plan is backed by vigorous mechanism that track more than 80% of people with whom an infected person had contacted, and quarantine them. People will be orders to wear masks in public transport and factories and public buildings. Social-distancing measures will remain in place. Events and parties will be forbidden. But shops and schools could reopen while border controls could be relaxed.

Separately, government spokesman said “even if some people are demanding it, the government can’t yet give an exit day, a firm date from which everything will be different and the measures relaxed.”

Eurozone Sentix Investor Confidence dropped to -42.9 in April, down from -17.1. That’s the lowest level on record. Current Situation index dropped from -14.3 to -66.0, also a record low and the largest decline on record. Expectations index, however, improved from -20.0 to -15.8. Sentix said Eurozone economy is in a “deep recession”, which will “go much deeper and longer”.

UK PMI Construction dropped to 39.3 in March, down from 52.6, indicating the steepest contraction output since April 2009. Employment dropped at the fastest pace since September 2010. Business expectations also slumped to lowest since October 2008.

Tim Moore, Economics Director at IHS Markit: “The closure of construction sites and lockdown measures will clearly have an even more severe impact on business activity in the coming months. Survey respondents widely commented on doubts about the feasibility of continuing with existing projects as well as starting new work. Construction supply chains instead are set to largely focus on the provision of essential activities such as infrastructure maintenance, safety-critical remedial work and support for public services in the weeks ahead.”

Consumer confidence in UK had record drop after coronavirus lockdown

In an interim COVID-19 flash report, Gfk said UK consumer confidence index has dropped sharply by -25pts to -34, between March 16 and 27. That’s the biggest fall since record began in January 1974.

Joe Staton, GfK’s Client Strategy Director, says: “Our COVID-19 ‘flash report’ shows a dramatic result with consumer confidence falling off the cliff in the last two weeks of March. The last time we saw such a decline was during the 2008 economic downturn. Our falling confidence in our personal financial situation and the wider economy reflects the new concern for many across the UK. Despite record grocery sales, and recent peaks for purchases of freezers, TVs and home office equipment as people prepared for a long period in the home, the Major Purchase Index is down 50 points – a stark picture for some parts of the retail industry in the short to medium term.” 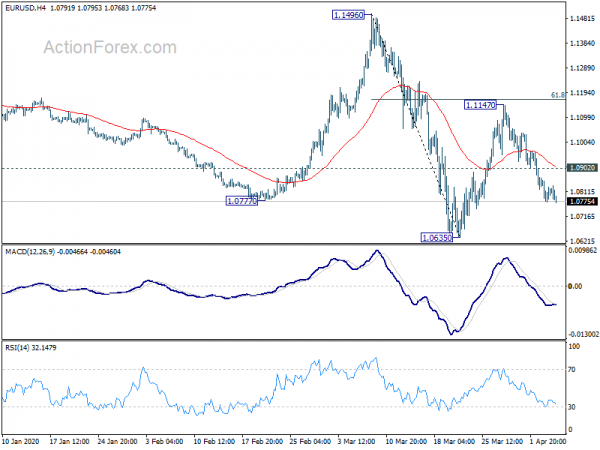 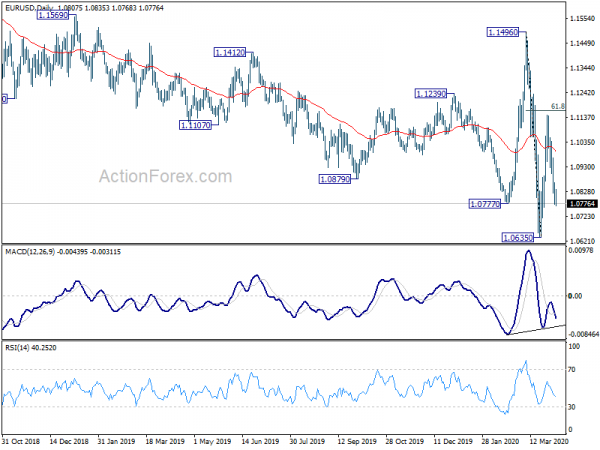