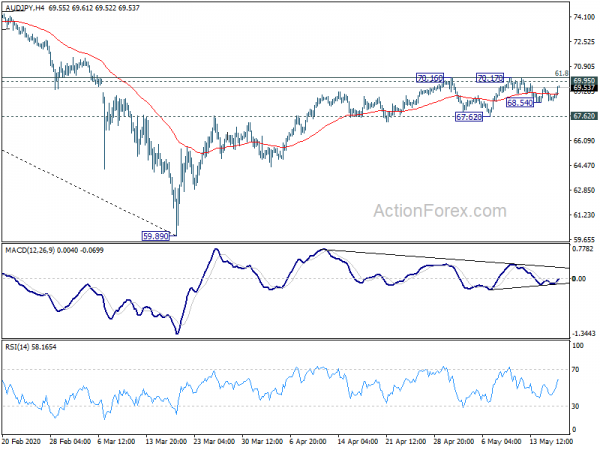 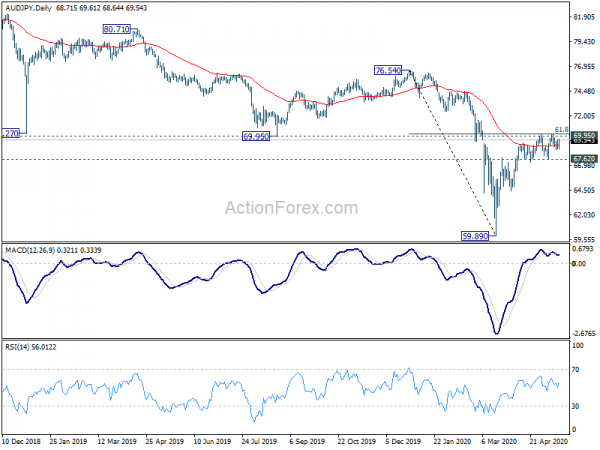 Global investor sentiments are lifted as Moderna reported “positive” data on early-stage coronavirus vaccine trial. 45 study participants received two does of testing vaccine via intramuscular injection in the upper arm approximately 28 days apart. The does contains 25 microgram, 100 mcg or 250 mcg of vaccine, 15 in a group. At day 43, antibodies were produced in all 45 participants. Levels of binding antibodies in the 20mcg group were at levels seen in people who recovered from the coronavirus. Antibodies in the 100 mcg group had “significantly exceeded levels” in recovered patients.  The vaccine also produced neutralizing antibodies against Covid-19 in at least 8 participants.

Germany’s Bundesbank that the extent and speed of post coronavirus pandemic is uncertainty. “Despite the easing measures that have been introduced, social and economic life in Germany is still far from what was previously considered normal.” Economic indications like ifo business climate and Gfk consumer confidence painted a “correspondingly bleak picture”.

Also, there is a very high level of uncertainty about further economic development, dependent on the further course of the global infection process and the containment measures taken. . It also depends on how consumer and investment behavior changes against this background.

ECB Lane: Economy unlikely to return to pre-crisis level before 2021

ECB chief economic Philip Lane said in an interview by El Pais that “the speed at which the economy bounces back will then hinge on whether consumers are more reluctant to consume and businesses hold back on investment.” “From today’s perspective, it looks in any case unlikely that economic activity will return to its pre-crisis level before 2021, if not later.”.

Regarding the upcoming June ECB meeting, Lane said policymakers are “in the process of analyzing the situation”. “If we see that financial conditions are too tight, or the pressure on individual bond markets is not reflecting economic fundamentals, we can adjust the size or duration of our purchases, which we can anyway allocate flexibly over time and market segments, he added.

Economy Yasutoshi Nishimura warned “both domestic and external demand show Japan’s economy is in a severe state.” The economy is expected to slump significantly.

A temporary low is formed at 1.2065 with today’s recovery and intraday bias is turned neutral first. Some consolidations would be seen but recovery should be limited below 1.2467 resistance to bring another decline. Corrective rise from 1.1409 should have completed. On the downside, below 1.2065 will target a test on 1.1409 low. However, on the upside, break of 1.2467 will turn bias to the upside for 1.2647 resistance. 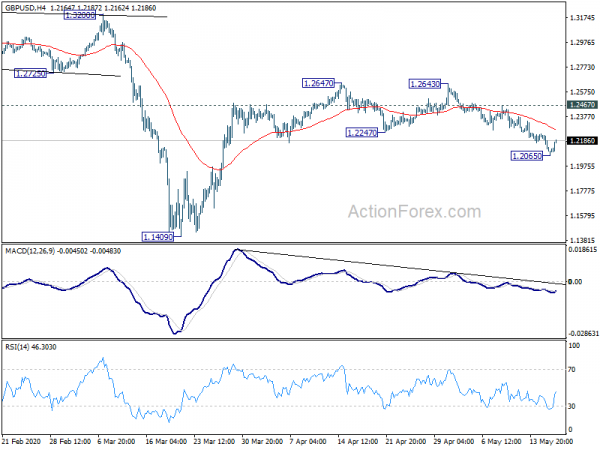 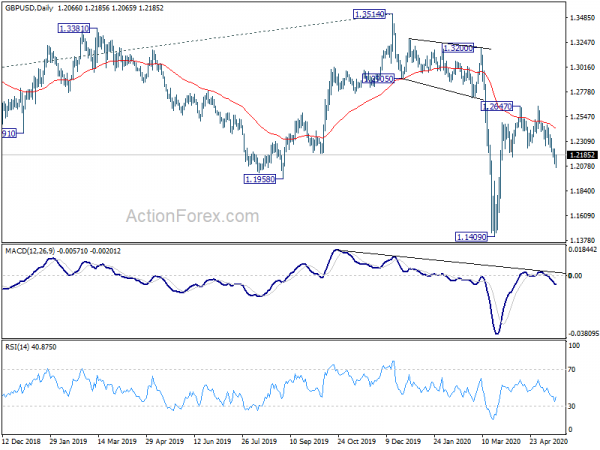