Sterling weakens broadly yesterday and is trading as the second weakest major currency for the week at the moment. The House of Lords in US passed an amended bill on Brexit yesterday after having the highest turnout since 1831. The vote was passed by 366 to 268 to add addition condition to the so called "European Union (Notification of Withdrawal) Bill". That demands a guarantee of "meaningful vote" by the Parliament on the outcome of Brexit talks. And it’s seen by analysts as securing veto power on any final agreements. The bill will now return to the House of Commons for deciding whether to accept the Lord’s amendments. The debate could probably held on next Monday.

The UK Brexit Secretary David Davis described the result of the vote as "disappointing". And he criticized that "it is clear that some in the Lords would seek to frustrate that process, and it is the government’s intention to ensure that does not happen." Davis pledged to "overturn these amendments in the House of Commons." Brexit minister for the Lords George Bridges also said in his final plea before the vote that "this amendment simply makes the negotiations much harder from day one for the prime minister as it increases the incentive for the European Union to offer nothing but a bad deal."

Sterling traders are also getting cautious ahead of Chancellor of Exchequer Paul Hammond’s first full budget statement today. The statement comes at the time just weeks before prime minister May’s trigger of Article 50 for Brexit negotiation. And there are a lot of uncertainties surrounding the situation. The focus will be on what he would do to shield the UK economy from the impact of Brexit. Hammond has already revealed that he plans to build up GBP 60b reserve to deal with Brexit related uncertainties.

German industrial production and Swiss CPI will be featured in European session. Main focus could be on US ADP employment report. US will also release non-farm productivity revision. Canada will release housing starts, labor productivity and building permits. 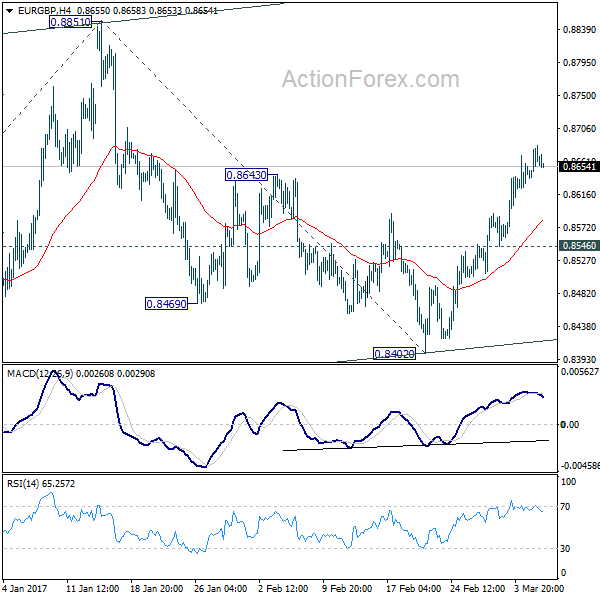 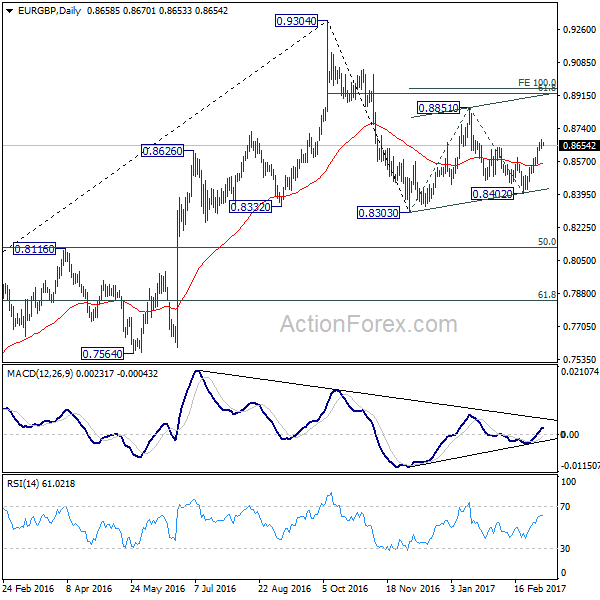