Euro strengthens mildly in generally mixed Asian markets today. There is no clear direction as Japan stocks diverge from others while gold and oil are rangebound. Canadian and Australian Dollar are following as the next strongest but movements are limited. Yen and Dollar are trading with an undertone. But New Zealand Dollar is the worst one after Prime Minister Jacinda Ardern postponed the general election by a month to mid-October on coronavirus outbreak.

Technically, 1.1916 temporary top is EUR/USD is a focus today and break will resume larger rebound from 1.0635. Correspondingly, GBP/USD could take on 1.3185 resistance while USD/CHF might test 0.9050 support. NZD/USD is also worth a watch as it’s starting to lose downside momentum, approaching 55 day EMA. A break of 0.6600 minor resistance would bring recovery. That might give the Kiwi some breathing space after recent broad based decline. 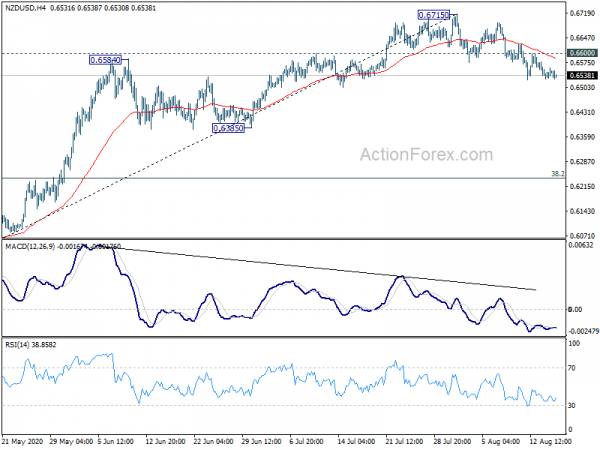 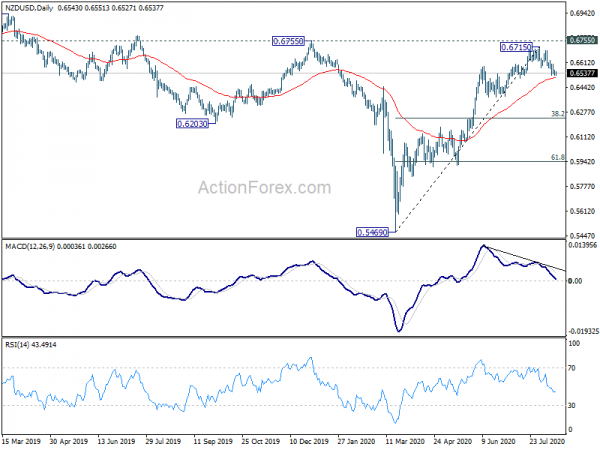 Economy Minister Yasutoshi Nishimura pledged “flexible, timely” action to support the economy. “We hope to do our utmost to push Japan’s economy, which likely bottomed out in April and May, back to a recovery path driven by domestic demand,” he added.

China’s central bank PBoC rolled over CNY 700B maturing medium-term loans today. Rate was kept at 2.95%, unchanged for the fourth straight month. The injection was well above the two set batches of MLF that are set to expire in August, totalling CNY 500B. Markets are expecting no change to the benchmark loan prime rate on Thursday.

USD/CNH is mildly softer in range today, mildly due to Dollar’s movements. It’s staying in near term falling channel. Further fall is expected as long as 6.9804 support turned resistance. USD/CNH would target 6.8452 support. But we’d expect strong support around there to complete the three-wave consolidation pattern from 7.1953. 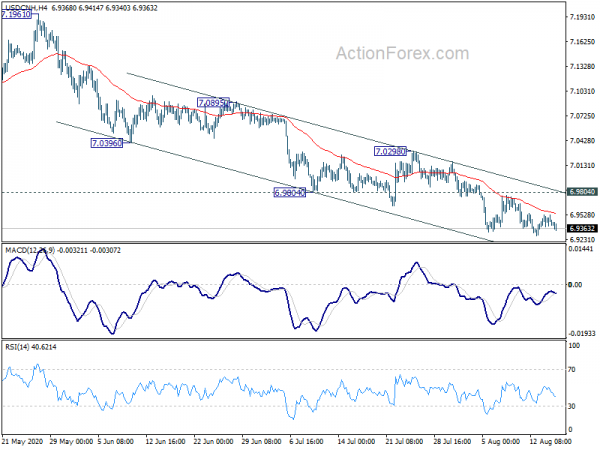 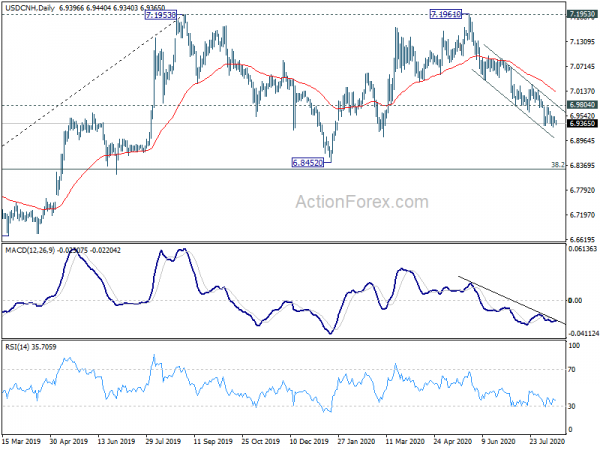 UK Trade Minister Liz Truss wrote in a Telegraph op-ed that US tariffs on Scotch whisky are “unacceptable and unfair”. “I cannot be clearer about that,” she added. “Whisky-making is one of our great industries and a jewel in our national crown.” Truss pledged to “fight to consign these unfair tariffs to the bin of history”

She also stated her position as “I firmly believe free and fair trade remains the best way forward for the world and for Britain”. Regarding the trade negotiations with Japan, “we have consensus on the major elements of a deal that will go beyond the agreement the EU has with Japan.” She is targeting to complete the trade deal with Japan by the end of August.

RBA, Fed and ECB to release minutes; PMIs in focus

RBA, Fed and ECB will release monetary meeting minutes this week. As all have be communicating rather with the markets, we’re not expecting any special surprise data. Focuses will be more on data including Japan GDP, UK CPI, Canada CPI and retail sales. The major market movers, though, would likely be PMIs from Australia, Japan, Eurozone, UK and US. 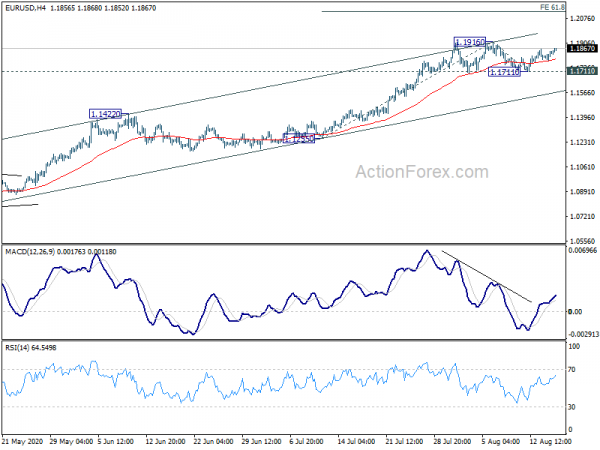 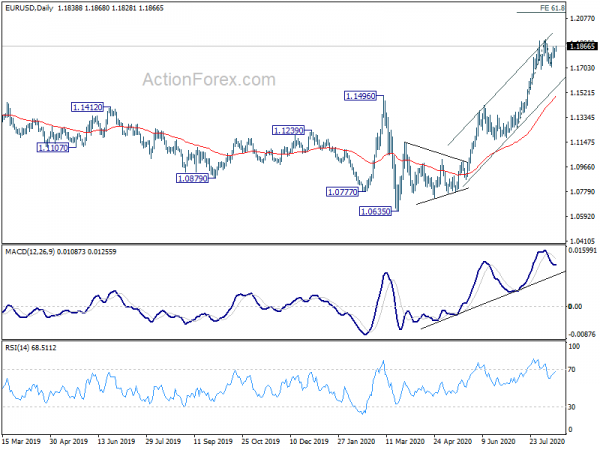