Fed chair Jerome Powell inspired a fresh round of Dollar selloff which his Jackson Hole speech, which carries on to today. Stronger than expected personal income and spending, as well as core inflation reading provide little support. Though, for now, the decline appears to be mainly centered against commodity currencies, in particular Aussie and Kiwi. Yen is following closely as the third strongest, rebounding on Prime Minister Shinzo Abe’s resignation. European majors are mixed for the moment,.

Technically, 105.10 support in USD/JPY is now in focus with today’s sharp reversal. Break will bring retest of 104.18 low. Both EUR/JPY and GBP/JPY are held above 124.31 and 138.24 support respectively, keeping near term outlook bullish despite today’s retreats. AUD/JPY also dips back notably after this week’s triangle break out. We’d maintain that 76.78 support in AUD/JPY is the first line of defense. The bull run is safe as long as this level holds. 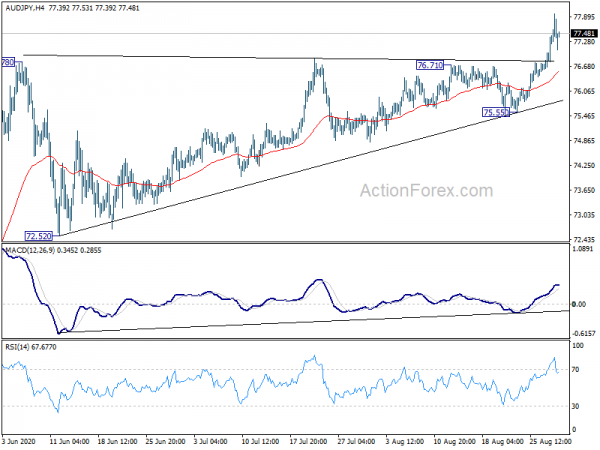 Canada GDP grew 6.5% mom in June, above expectation of 5.2% mom. That’s the largest monthly increase since the series started in 1961. Still, economic activity remained about -9% below February’s pre-pandemic level. Both goods-producing (+7.5%) and services-producing (+6.1%) industries were up as 19 of 20 industrial sectors posted increases in June.

Eurozone economic sentiment rose to 87.7, recovered 60% of losses in Mar and Apr

Eurozone Economic Sentiment Indicator rose to 87.7 in August, up form 82.4, above expectation of 84.9. EU ESI rose 5 pts to 86.9. The ESIs in both regions have so far recovered around 60% of the combined losses of March and April.

According to first estimate, French GDP dropped -13.8% qoq in Q2. It’s -19% down lower than GDP back in Q2 2019. INSEE said, “the gradual ending of restrictions led to a gradual recovery of economic activity in May and June, after the low point reached in April.”

Exports fell this quarter (–25.5% after –6.1%) more strongly than imports (–17.3% after –5.5%). All in all, the foreign trade balance contributed negatively to GDP growth: –2.3 points, after –0.1 points the previous quarter. Conversely, changes in inventories contributed positively to GDP growth (+0.6 points).

Rolf Bürkl, consumer expert at GfK, “an increase in the number of infections and the fear that coronavirus-related restrictions will be further tightened are creating uncertainty and consequently dampening the mood… Whether or not this is just a temporary slowdown will depend primarily on what infection rates look like in future and the necessary measures to be put in place by policy makers.”

Swiss KOF Economic Barometer rose to 110.2 in August, up from 86.0, well above expectation of 90.0. It’s the third straight month of rise, and it’s now well above long-term average. KOF also said, “the Swiss economy is in the upswing phase of what appears for the time being a V-​shaped recession.”

The indicator groups for manufacturing, the hospitality sector and foreign demand are primarily responsible for the current increase. To a lesser extent, the indicators relating to financial and insurance services as well as other services contributed to the improvement. The construction sector, on the other hand, recorded a slight deterioration. 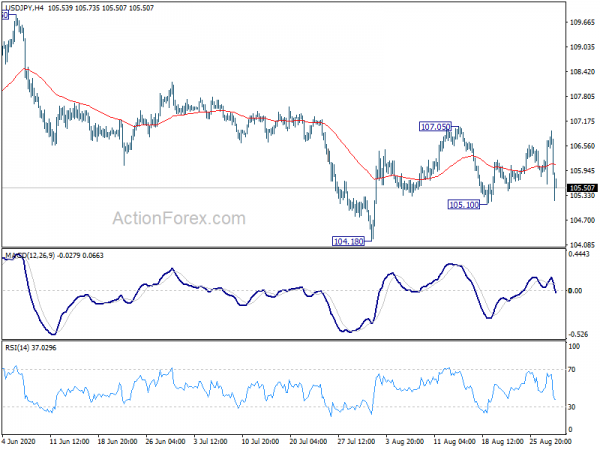 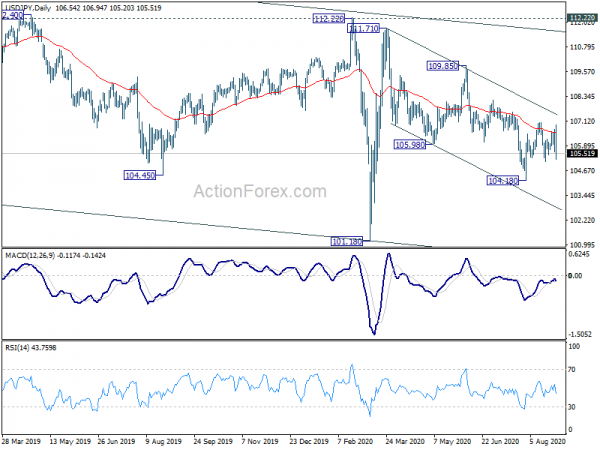