New Zealand Dollar trades generally higher in otherwise quiet markets today. The news of lockdown exit is lift sentiments on Kiwi, even though upside is relatively limited. Other major forex pairs and crosses are bounded inside Friday’s range though. Trading could remain subdued due to a light calendar today. But volatility is guaranteed with major key events ahead.

Technically, USD/JPY could be an interesting one to watch this week. The pair has struggled to find a clear direction after hitting 107.05. But range breakout should be imminent. Yen’s reaction to LDP leader elections, or stocks reaction to the success or failure of TikTok’s sale, would be key. On the upside, break of 107.05 will add to the case of near term bullish reversal for 109.85. Break of 105.10 will extend the larger fall from 111.71 instead. 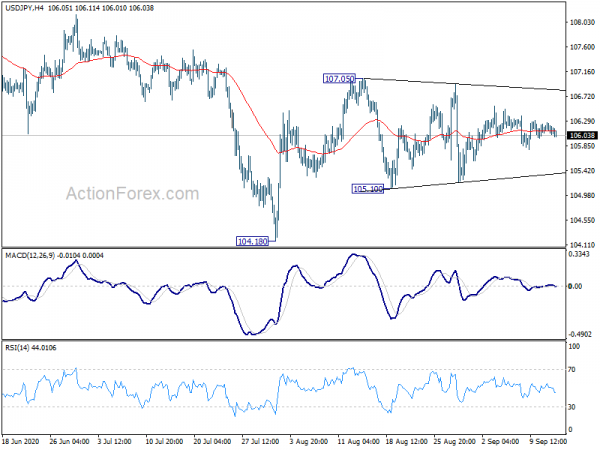 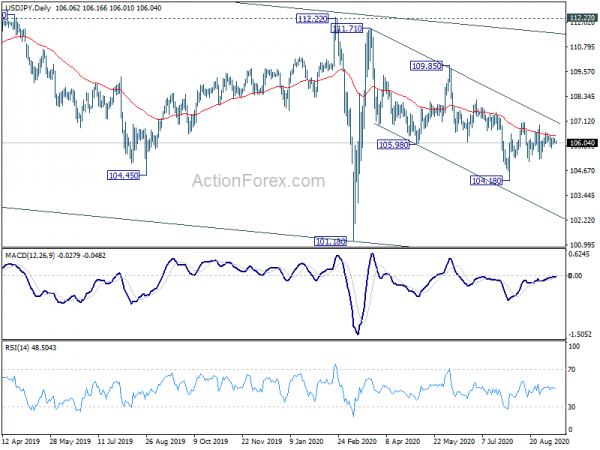 New Zealand to lift restrictions on Sep 21, except in Auckland, NZD/USD mildly higher

New Zealand Prime Minister Jacinda Ardern said coronavirus restrictions across the country will be lifted on September 21, except in Auckland where the situation will be reviewed next week. Additionally, physical distancing requirements on planes and other public transpose would be immediately eased. Though, masks will still be mandatory on all public transport.

NZD/USD strengthens mildly today and it could extend the recovery from 0.6600. Yet 0.6788 high should be a big challenge for that pair even it rises further. We’re slightly favoring a correction downward ahead, after NZD/USD failed to sustain above 0.6755 resistance, on bearish divergence condition in daily MACD. A break of 0.6488 support will confirm this view. 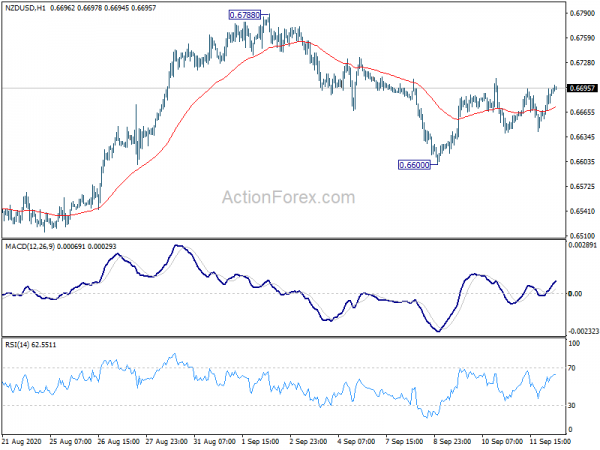 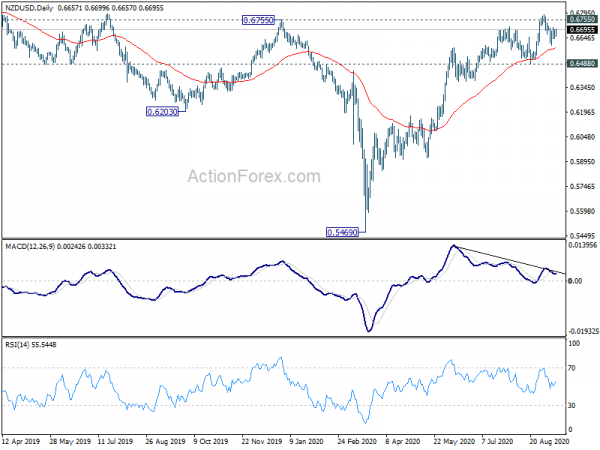 ECB President Christine Lagarde said in a speech on Sunday, global “recovery is incomplete because there is still much ground to recover.” For Eurozone, a :similar assessment applies” as “incoming data show a strong recovery, but also one that is uneven, uncertain and incomplete.”

In particular, “the unevenness of the recovery is highlighted by the divergence between services and industry, in contrast to the crisis a decade ago when activity in these sectors moved in tandem”. She warned, “if the current strength of the rebound does not continue – or fails to spread across all sectors – it is unlikely that they will all be re-employed in the near term.”

She hailed that the EUR 750B Next Generation EU recovery fund “has the potential to make a significant difference to Europe’s economic trajectory over the next few year”. “Confidence in the private sector rests to a very large extent on confidence in fiscal policies,” She added. “Continued expansionary fiscal policies are vital to avoid excessive job shedding and support household incomes until the economic recovery is more robust.”

As for monetary policy, the “June recalibration” had, to a large extent, resulted in the upward revision in 2022 core inflation projections. But, “other factors, such as the appreciation of the euro have partly offset the positive pull coming from our measures.”

Barnier insisted that “protocol on IE/NI is not a threat to the integrity of the UK”. EU is “not refusing to list” UK as a third country for food imports. But “we need to know in full what a country’s rules are, incl. for imports”.

On the other hand, Frost quoted Barnier’s tweet and said the protocol is a “careful balance in order to preserve peace and the Belfast (Good Friday) Agreement”. “It is precisely to ensure this balance can be preserved in all circumstances that the Govt needs powers in reserve to avoid it being disrupted. He also emphasized, ” if GB were not listed (food), it would be automatically illegal for NI to import food products from GB.”

Fed, BoJ and BoE to highlight a busy week

Three central banks will meet this week. FOMC is generally expected to keep monetary policy unchanged. But it will certainly tweak the forward guidance, after formally announcing to adopt average inflation targeting at the Jackson Hole symposium. Other than that, new economic projections will be published.

BoE rate decision will also be a highlight of the week and no policy change is expected. The event will firstly be overshadowed by any new developments regarding UK’s internal market bill as well as Brexit. Secondly, a number of important data will be featured including employment, inflation and retail sales.

BoJ is widely expected to keep monetary policy unchanged too and there might be some revision on its economic assessment. But a bigger focus will on the election of leader of the ruling Liberal Democratic Party. A win for the Chief Cabinet Secretary Yoshihide Suga, the current favorite, will ensure that “abenomics” will continue. A question though, is whether Suga would call for a snap election to secure public support.

Elsewhere, Germany ZEW, Canada CPI and retails sales, RBA minutes and Australia employment, New Zealand GDP and a bunch of data from China will be featured. Here are some highlights for the week: 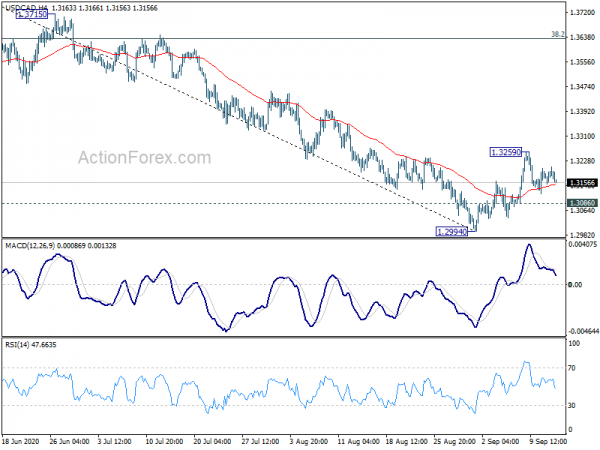 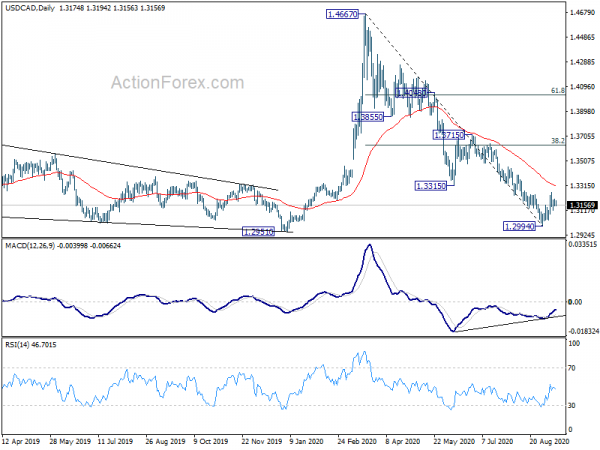