Yen and Dollar weaken in general as Asia markets recover on positive news on the situation of US President Donald Trump’s coronavirus infection. Australian and Canadian Dollars are firm, but there slightly overshadowed by the Swiss Franc. But after all, movements in the markets are relatively limited, with most pairs staying inside last week’s range. WTI crude oil, while recovering, it kept below 38 handle. Gold even decouples from Dollar weakness and dips back below 1900 handle. Overall, the moves in Asian session aren’t very decisive.

Major Asian markets open higher today on optimism regarding US President Donald Trump’s health condition. His doctors indicated that the coronavirus symptoms are resolving and improving. Trump could be discharged from hospital as soon as on Monday. Separately, Trump also left the hospital on Sunday evening and waved to his supports in a motorcade.

Japan PMI services finalized at 46.9, recovery is far from secure

Shreeya Patel, Economist at IHS Markit, said: “Japan continues to be impacted by the COVID-19 outbreak… There were some signs of stabilisation, however, with activity falling to the least extent since the pandemic began… “Optimism was also evident regarding the year-ahead outlook. Sentiment returned to positive territory amid hopes of rising demand in the next 12 months. Employment, meanwhile, dropped only marginally. Overall, there are signs of improvement in the sector, however recovery is far from secure.”

Alan Oster, NAB Group Chief Economist “after some volatility in the last 2 months conditions are around the level seen pre-COVID. That said, they only lie at the threshold of improving/deteriorating and are well below average. Trading conditions and profitability are back in positive territory, which likely reflects the ongoing opening of the economy and the support provided by policy makers. Employment continues to lag, however, likely reflecting the fact activity has not yet fully recovered and firms remain cautious. Confidence increased in the month, building on the gains of last month, and is now well above the trough in March. That said, it remains negative and likely fragile.”

A big week in Australia. Fed and ECB minutes featured too

Australia is one of the major focuses this week. RBA is now widely expected to keep interest rate unchanged at 0.25%. Down the road, RBA is expected to lower overnight case rate, as well as three year yield to 0.1.%. Yet, the central wold more likely let the markets digest the fiscal measures to be announced by the government’s budget this week first. The markets will look for indications that RBA is ready to move in November.

Other focuses include meeting minutes of Fed and ECB. Some data will also be closely watched, including US ISM services and jobless claims Eurozone investor confidence, UK GDP and productions, and New Zealand business confidence. Here are some highlights for the week: 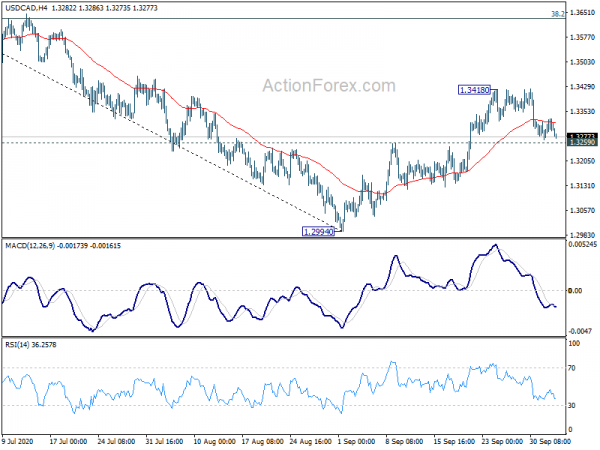 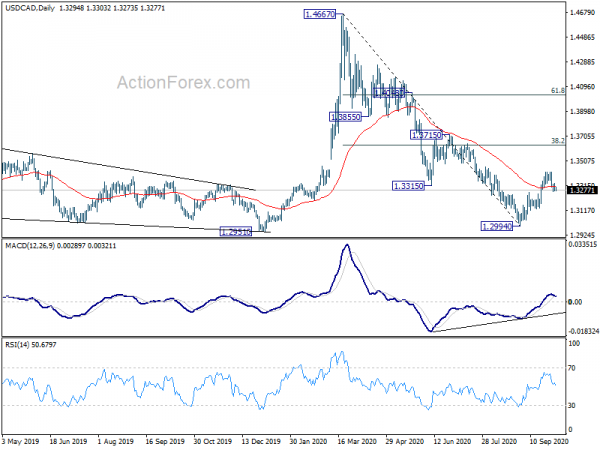