Sterling softens broadly today as UK unemployment rate rose more than expected while the part of the country is returning to restrictions. Additionally, there appears to be no progress on Brexit negotiation ahead of the EU summit later this week. Australian Dollar is the second weakest as China moves to stop importing the country’s coal. New Zealand Dollar is currently the strongest, mainly thanks to cross buying against Aussie. Meanwhile, Canadian Dollar and US Dollar are the next strongest. Focus will turn to development in the US stock markets, as the attempt to break into new record high is hampered by J&J’s pause of its coronavirus vaccine studies.

“The ZEW Indicator of Economic Sentiment is still very clearly in positive territory. However, the great euphoria witnessed in August and September seems to have evaporated. The recent sharp rise in the number of COVID-19 cases has increased uncertainty about future economic development, as has the prospect of the UK leaving the EU without a trade deal. The current situation in the run-up to the presidential election in the United States further fuels uncertainty,” comments ZEW President Achim Wambach.

ECB Governing Council member Klaas Knot said the second wave of coronavirus pandemic “will have a less dramatic impact than the first, for which we were totally unprepared”.

“We know a bit more about the virus now, and businesses have learned to adapt where possible, for instance through online retail,” he added. “Early indicators point at slowing growth. It is clear the second wave will dent the recovery, but it is too early to say by how much.”

Regarding ECB’s measures, Knot said, “the costs of ending measures too soon are higher than the costs of maintaining them longer than necessary. And we must avoid ending them all at once. When the time comes, the exit must be gradual and predictable.”

UK unemployment rose to 4.5% in the three months to August, up from 4.3%, above expectation of 4.3% too. That;s also 0.6% higher than a year ago. Though, total actually weekly hours worked rebounded with a record increase of 20.0m over the quarter, or 2.3%, to 891m hours. Average weekly hours worked rose 0.7 hours to 27.3 hours. Average earnings including bonus rose 0.0% 3m/y in August. Average earnings excluding bonus rose 0.8% 3omy.

Claimant counts rose 2.7m in September represents a monthly increase of 1.0%. That’s 120.3% higher than the figure in March. 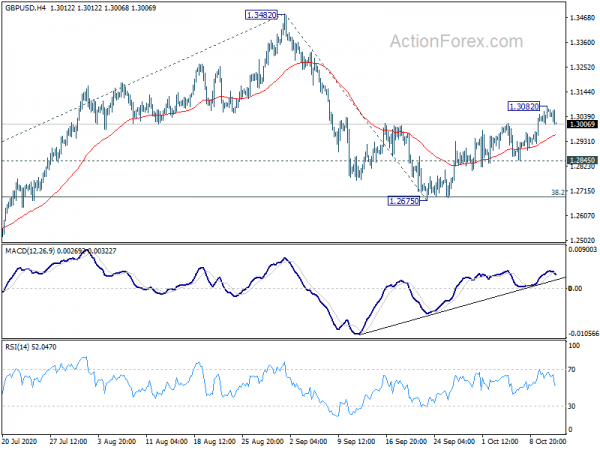 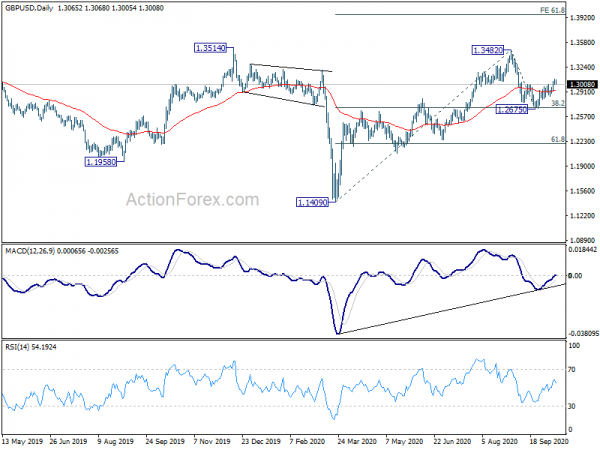