Markets continue to be dominated by strength of Euro and Swiss Franc today. That comes in spite of surging coronavirus infections in Europe. Meanwhile, the deadlock of Brexit negotiations remain. Traders are apparently adding to bet that more global central banks, like RBA and BoE, are joining the negative interest rate club soon. For now, Aussie and Kiwi are the weakest ones. Dollar and Sterling are mixed.

Technically, 1.1830 resistance in EUR/USD and 125.08 resistance in EUR/JPY will catch some attentions in the US session. Break will pave the way to 1.2011 and 127.07 high. 0.9162 resistance in EUR/GBP is also important and break will indicate completion of pull back from 0.9291, and bring retest of this high. Finally, while it’s still far from 1.5738 resistance, break there will confirm that EUR/CAD has completed the corrective pattern from 1.5978. We might indeed see EUR/CAD then surges through 1.4991 high to resume whole rally from 1.4263 later. 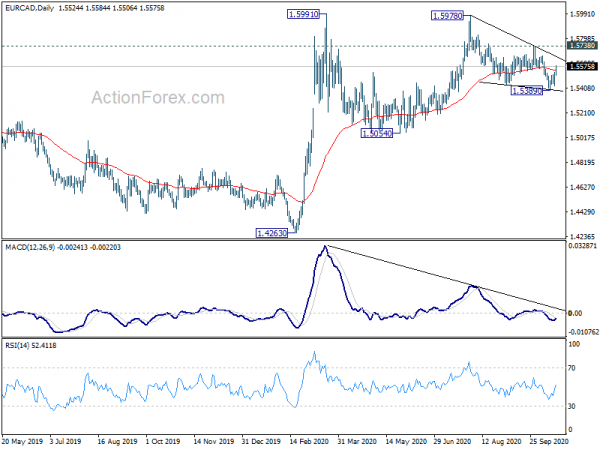 BoE External MPC member Gertjan Vlieghe said in speech, even though “policy rates and long-term interest rates are very low… investment is weak, vacancies are low”. Risks to economic outlook are “skewed towards a longer period of labour market slack with weak inflationary pressure”. Risks to monetary policy stance are therefore “skewed towards additional monetary stimulus.” Addition QE remain an “available policy tool”. But it’s “less potent now than in March, at the height of market disruption and uncertainty.”

Vlieghe said the MPC has also been discussing of the use of negative interest rates. “Growing empirical literature finds that the effect has generally been positive,” he added. “Negative rates have not been counterproductive to the aims of monetary policy. The question for the MPC is “whether there is any reason to think that the UK experience might be different”.

But his own view is “risk that negative rates end up being counterproductive to the aims of monetary policy is low.” Nevertheless, BoE is “not at a point yet when it can reach a conclusion on this issue.”

EU ready to negotiate, but UK said made a fundamental change first

European Commission spokesman Eric Mamer said today “we stay ready to negotiate” with the UK on post Brexit trade deal. He added, “in order to come to an agreement, both sides need to meet and this is also obviously the case in this negotiation.”

On the other hand, UK Prime Minister Boris Johnson’s spokesman said, “what the UK’s chief negotiator needs to see is a clear assurance from the EU that it has made a fundamental change in approach to the talks and that this is going to be a genuine negotiation rather than one side being expected to make all of the moves.”

Separately, UK Trade Minister Liz Truss said, “We’re intensifying negotiations so we are in a good position to move forward after the (U.S.) election… We want a deal that delivers for all parts of (Britain) and is forward-leaning in modern areas like tech & services.” 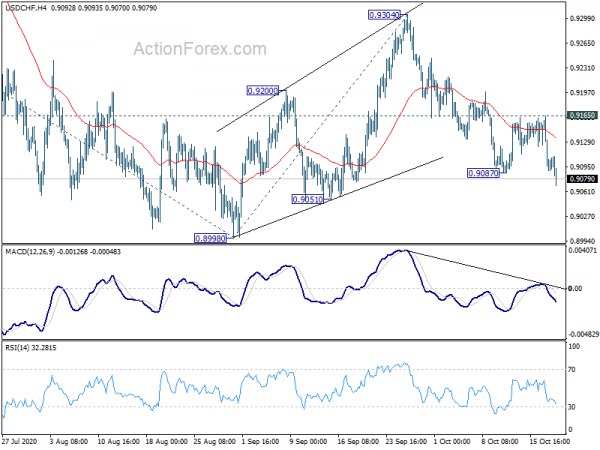 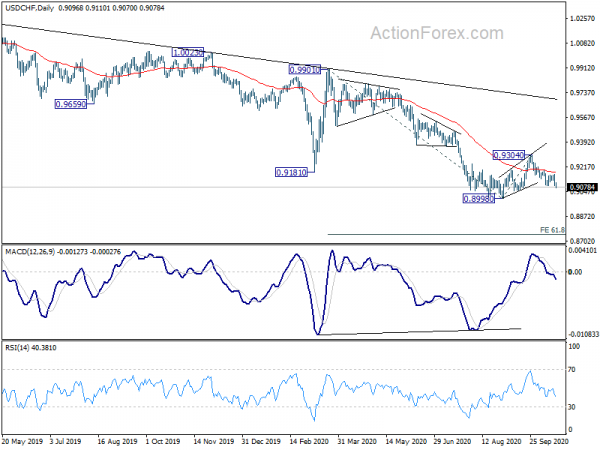