Trading continues to be subdued in Asia as markets are in holiday mood. Yen is trading mildly higher overall, but remains the worst performing one for the week. Dollar’s selloff slowed somewhat, but remains the second worst for the week. Commodity currencies are set to close the week as strongest, led by New Zealand Dollar. 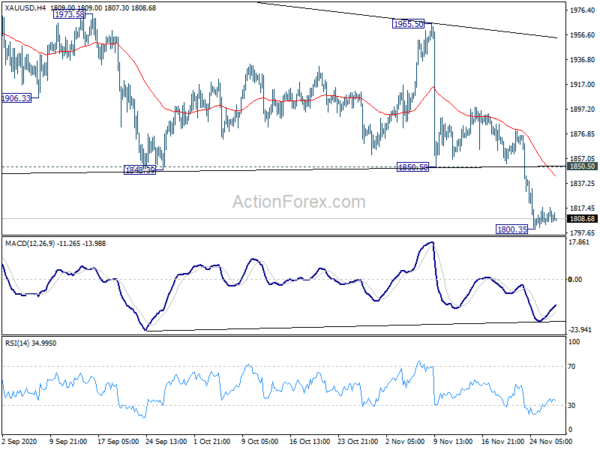 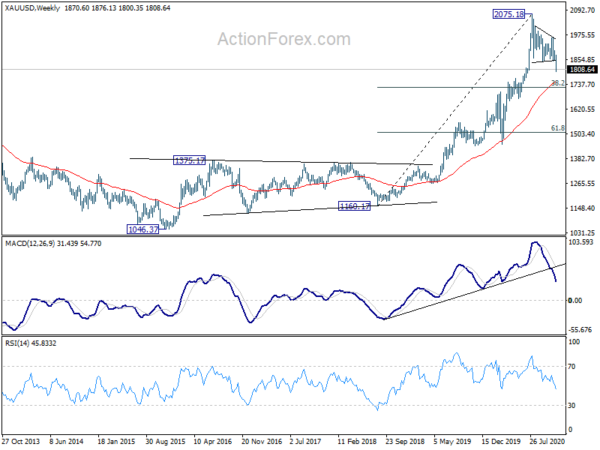 BoC Macklem: The very rapid growth of reopening is over

BoC Governor Tiff Macklem told a parliamentary committee that “the very rapid growth of the reopening phase is now over”. The economy has “has entered in the slower-growth recuperation phase”. GDP would have shrunk around -5.5% in 2020 and it’s expected to grow around 4% in 2021 and 2022.

Growth is anticipated to be “uneven across sectors and choppy over time”. Business investment will “remain subdued” and exports to “grow only slowly”. The economy will still be operating its potential into 2023. Inflation is expected to stay below the 1-3% target range “until early next year”, and remain less than 2% “into 2023”.

Interest rate will remain at 0.25%, the effective lower bound “for an extended period”. BoC has committed to keep it there “until economic slack is absorbed so that the 2 percent inflation target is sustainably achieved”. In the current outlook “this takes us into 2023”. The QE program all also “continue until the recovery is well underway”.

Executive Board member Fabio Panetta told Portuguese newspaper Expresso that he’s open to allowing some banks to resume paying dividends. Nevertheless, “if they don’t distribute dividends this year, they can distribute more next year and in the meantime they will be in a better position to face a situation of serious crisis”.

“If I had to choose between the two approaches, I would opt to be more prudent, but that could imply a cost for banks,” he said. “I consider that a reasonable solution, as economic conditions improve, would be a case-by-case approach by banking supervision authorities.”

It’s reported that in-person Brexit trade talks are to resume in London this weekend. But firstly, it’s unsure if EU chief negotiator Michel Barnier would attend. Secondly, a UK government spokesman also said “it’s for the EU to decide when and if they come.”

UK Chancellor of the Exchequer Rishi Sunak reiterated that “it is preferable” to get a deal. But, again, “we absolutely should not be stretching for a deal at any cost, that is not the right thing to do.”

Barnier said earlier that further further negotiations would be pointless if the UK was not willing to compromise on the outstanding issues.

EUR/JPY’s rebound lost momentum after hitting 124.57, below 125.13 resistance. Intraday bias is turned neutral again. On the upside, firm break of 125.13 will revive the case that correction from 127.07 has completed. Further rally would be seen back to retest this high. On the downside, though, break of 122.84 will turn bias back to the downside for 121.63 support instead. 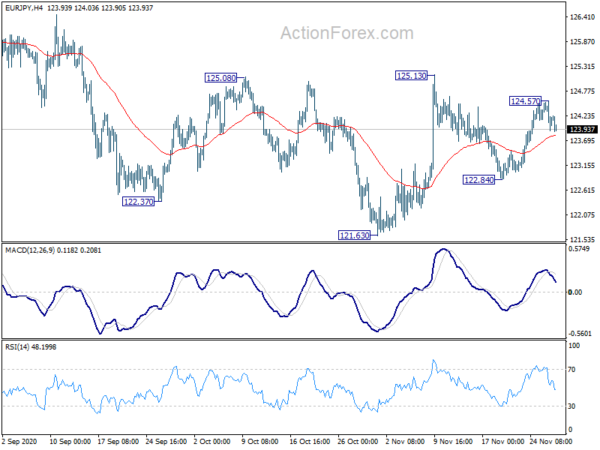 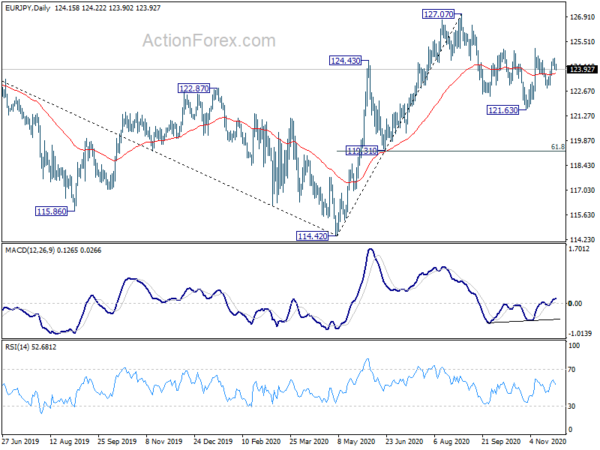