Dollar, Yen and Swiss Franc are the relatively weaker ones in quiet markets today. Asian investors are lifted slightly after US President Donald Trump signed the massive USD 2.3T package that contains a USD 900B pandemic relief, while also averted government shutdown. Sterling and Euro are the firmer ones after the long-awaited Brexit trade deal was reached late last week. Nevertheless, there has been no clear breakout in the markets so far. Trading could remain subdued and consolidative in this holiday-shortened week. 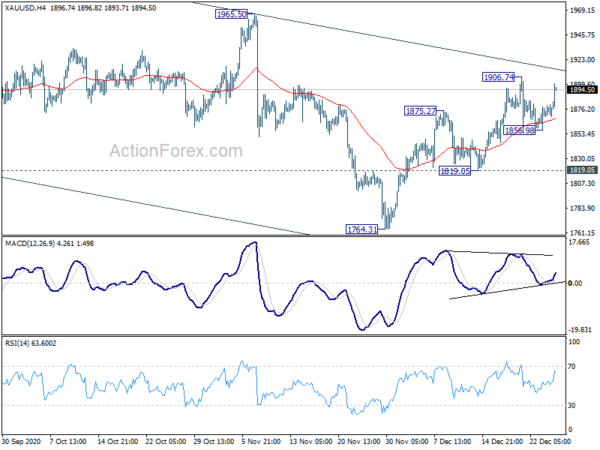 Sterling is so far having very little reaction to the last minute trade deal between the UK and EU. Overall outlook is mixed for now. Details were published in a 1246-page document titled “Draft EU-UK Trade and Cooperation Agreement“. European Parliament is expected to meet today to discuss the agreement, while the UK Parliament will vote on December 30.

GBP/CHF staged a strong rebound last week but upside is capped below 1.2203/59 resistance zone. Range trading could still continue between 1.1598/2259 for the near term. Resumption of rebound from 1.1102 is now mildly in favor. Firm break of 1.2259 would pave the way back to 1.3301 medium term structural resistance.

However, break of 1.1598 support will confirm rejection by falling 55 week EMA, which should then keep the long term down trend intact for another low through 1.1102 at a later stage. 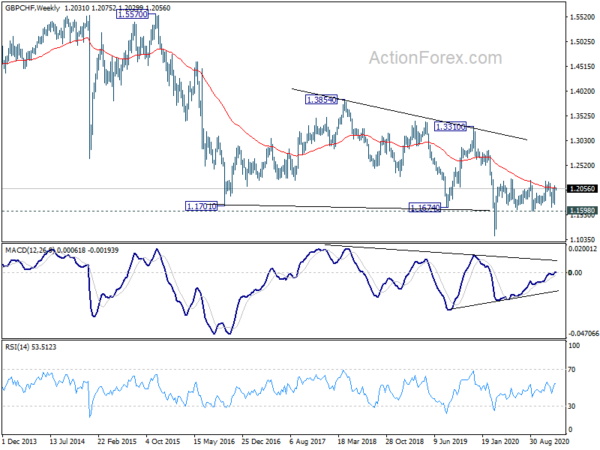 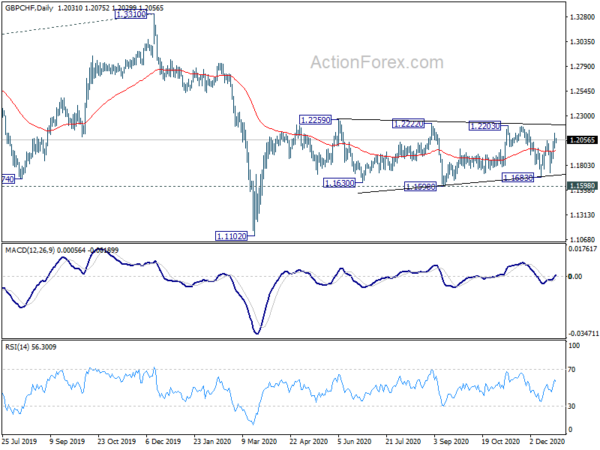 GBP/CAD is bounded inside both medium and long term sideway pattern after last week’s rebound. For the near term, firm break of 1.7674 resistance is needed to be the first sign of underlying bullishness. Retest of 1.8052 high could be seen next in this case. However, break of 1.6768 would indicate that whole rise from 1.5875 has completed at 1.8052. Deeper fall could then be seen through 1.6542 support to confirm this bearish case.

In the bigger picture, it’s staying well inside long term patter that started at 1.5746 (2016 low). With this in mind, in case of the a near term upside breakout through 1.8052, upside could be capped by 1.8415 resistance, at least for first attempt. Meanwhile, any decline should be contained by 1.5875 support too. 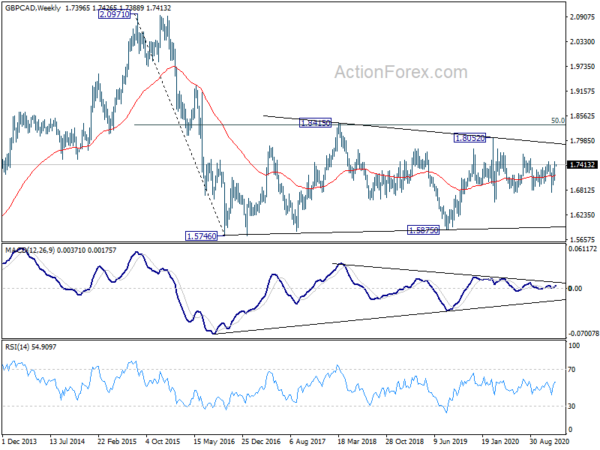 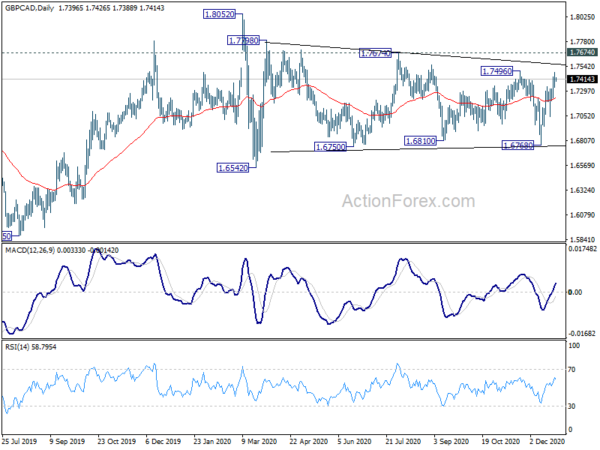 BoJ member wary of falling back into deflation

In the Summary of Opinions at BoJ’s December 17-18 meeting, It’s noted that the economy is “not judged to have fallen into a deflationary situation again”. But year-on-year rate of core inflation has already turned negative due to “temporary factors”, and it’s likely to be negative for the time being.

However, there is a “risk” of the economy falling into deflation as “medium- to long- term inflation expectations have weakened somewhat”. Hence, “risks of sudden changes in financial markets, including foreign exchange rates, also continue to warrant attention.”

It’s also noted it’s “highly likely” to take more time to achieve the price target. Given that monetary easing will be “further prolonged” it’s important to to conduct an assessment for further effective and sustainable monetary easing. One member warned, “if the economy falls into deflation again, positive economic developments, such as an increase in employment, will be hampered, and the opportunity for the economy to leap forward could be lost”

“The Bank should conduct the assessment with determination to never allow the economy to return to deflation.” the member added.

It’s another exceptionally light week ahead. Some focuses could be on China PMIs which should further reflect the sustainability of the country’s economy. US jobless claims could be another piece of data to watch. Otherwise, it could feel more like a whole week of holidays. Here are some highlights: 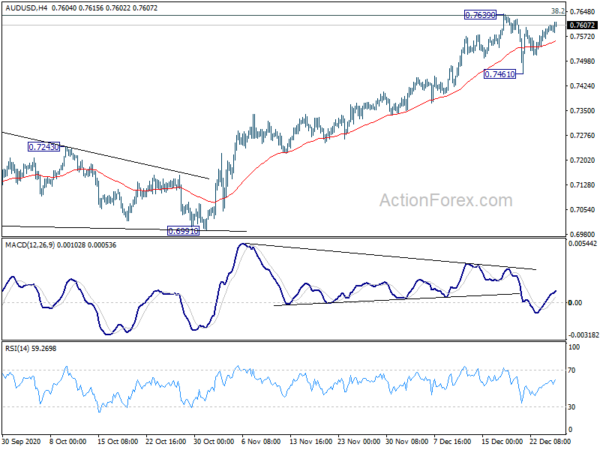 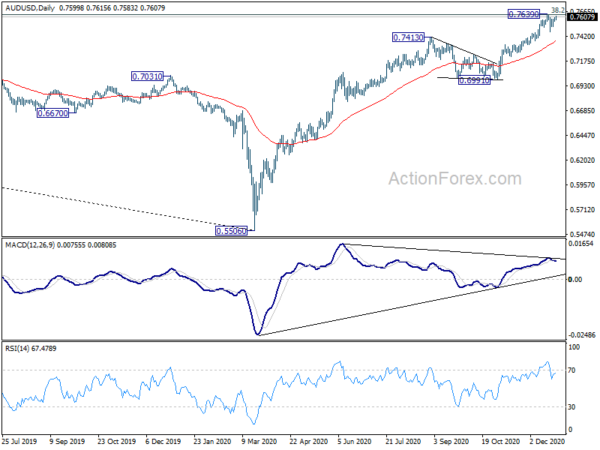