Trading in the financial markets is rather subdued today. Swiss Franc is the stronger one at the time of writing, followed by Dollar and Sterling. Commodity currencies, on the other hand, turn softer with Australian Dollar leading the retreat. But overall movements in the markets are limited. Gold and crude oil are also struggling in tight range.

German government upgraded 2021 GDP growth forecasts to 3.5%, up from prior projection of 3.0%. GDP growth is expected to remain strong at 3.6% in 2022. On the whole, the economy would reach its pre-pandemic level next year at the latest.

Economy Minister Peter Altmaier said “today’s spring projection is an encouragement despite the currently serious infection situation.” He added that most pandemic restrictions should be lifted in the course of summer.

BoE announced to enter into a liquidity facility with the Bank for International Settlements to “ensure the provision of Sterling liquidity during any future periods of market stress”.

“Together with the swap lines the BoE has with a number of central banks, this new facility will provide a further liquidity backstop in Sterling to help ease any potential future strains in funding markets,” BoE said.

BoJ kept monetary policy unchanged today as widely expected. Under the yield curve control framework, short-term policy interest rate is held at -0.1%. 10-year JGB yield target is kept at around 0%. The central bank will continue to purchase ETFs and J-REITS with upper limits of about JPY 12T and JPY 180B respectively. CP and Corporate bonds purchases will continue with upper limit of JPY 20Y until the end of September 2021.

BoJ also pledged to continue with QQE with Yield Curve Control “as long as it is necessary” and “continue expanding the monetary base” until core CPI exceeds 2% target in a “stable manner”. It will also “closely monitor” of the impact of COVID-19 and “will not hesitate to take additional easing measures if necessary”.

In the Outlook for Economic Activity and Prices, BoJ said, “the economy is likely to recover” with as impact of COVID-19 wanes gradually. Thereafter, it is projected to “continue growing with a virtuous cycle from income to spending intensifying”.

GDP growth forecasts were revised higher, “on the back of stronger domestic and external demand”. CPI forecast for fiscal 2021 was lowered “due to the effects of reduction in mobile phone charges”. But outlook is “highly unclear”. The assumption that impact of COVID-19 will “almost subside” in the middle of the projection period “entail high uncertainties. 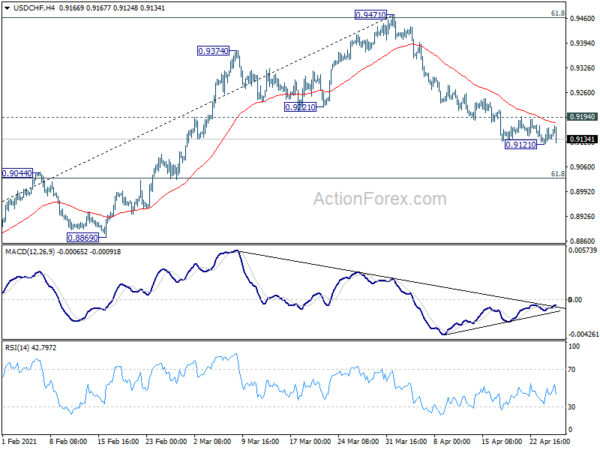 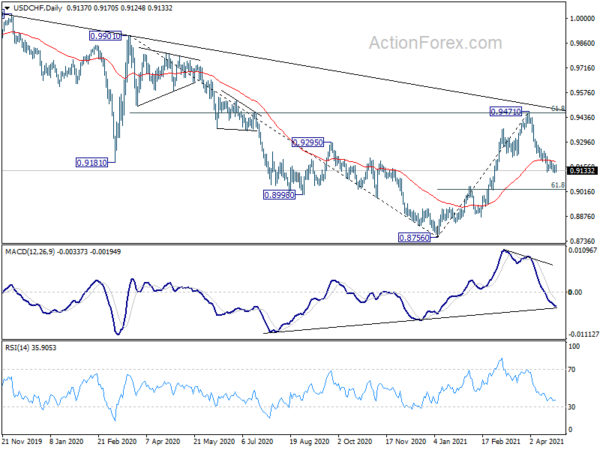