Euro Softens ahead of ECB, US CPI also Featured

Euro softens broadly today as markets await ECB policy decision. Traders appear to be position for a dovish, or at least cautious, ECB press conference. Nevertheless, Sterling and Dollar are also soft, indicating that the markets are not one sided yet. Meanwhile, commodity currencies are trading mildly firmer today, together with Yen. That also suggest that risk sentiment remain indecisive. That’s also reflected in sluggish trading in stock markets. Nevertheless, US consumer inflation data could bring some life back to the markets.

Technically, despite breach of 0.8929 support overnight, USD/CHF quickly recovered. There is no clear follow through selling in the greenback yet. We’d stay focused on the developments in the greenback, with focus on 1.2265 resistance in EUR/USD, 1.4248 resistance in GBP/USD and 0.7772 resistance in AUD/USD. On the other hand, break of 1881.37 support in Gold will suggest completion of recovery from 1855.30. That could be a prelude to a stronger rebound in Dollar. 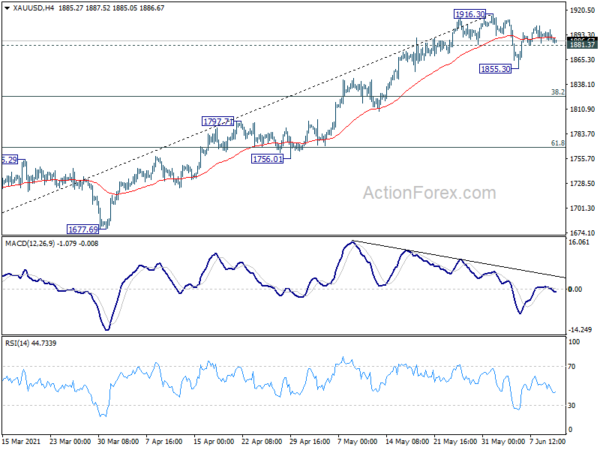 ECB previews and a look at EUR/CHF and EUR/GBP

Main focus for today’s ECB monetary policy decision in on the outlook of the PEPP purchases after June. The central bank significantly stepped up the pace of purchases in Q2, partly in response to the surge in sovereign yields earlier this year. The move has kept yield stable and helped improvement in the economy. Outlook also brightened with accelerated vaccination. Yet, policy makers will more likely play safe than not and maintain the current pace of purchases first, while emphasizing the flexibility of the program.

In terms of market reactions, we’d pay close attention to two European crosses, EUR/CHF and EUR/GBP. EUR/CHF dropped further ahead of the meeting and is now trading slightly below a key cluster support zone at 1.0915 (38.2% retracement 1.0505 to 1.1149 at 1.0903). Deeper selloff would also push EUR/CHF through the medium term channel support, which could bring downside acceleration. That would, at least, indicate that fall from 1.1149 is a deeper correction to whole up trend from 1.0505. Deeper fall could then be seen to 1.0737 support zone (61.8% retracement at 1.0751). 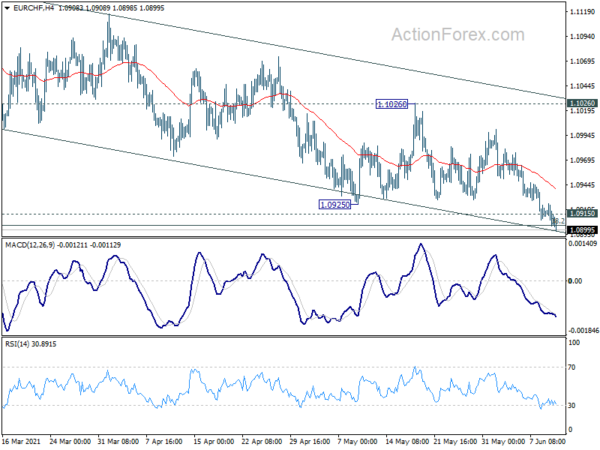 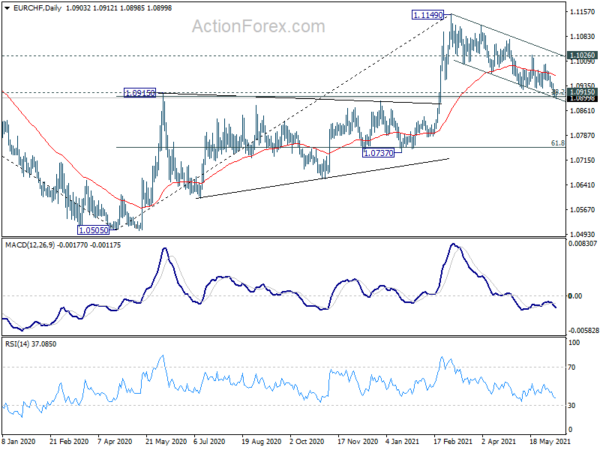 On the other hand, outlook in EUR/GBP is slightly more bullish as the price actions from 0.8718 are rather corrective. It argues that rebound fro 0.8470 is not over yet. But some committed buying is needed to push EUR/GBP through 55 day EMA firmly first. Break of 0.8670 would indeed argue that such rise is ready to resume through 0.8718. If that happens, EUR/CHF could also be given a lift back above mentioned 1.0903/15 key support zone. We’ll see which way it plays out. 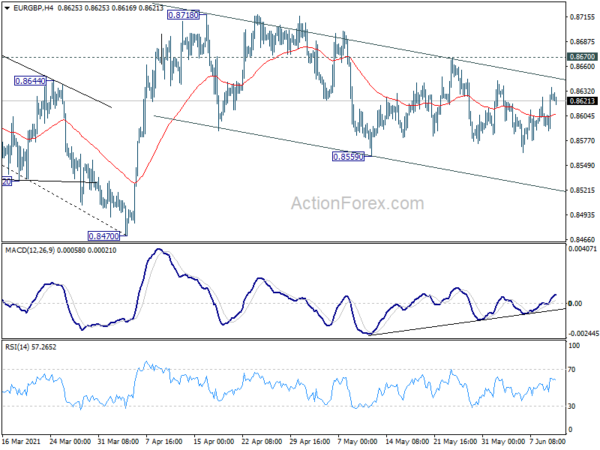 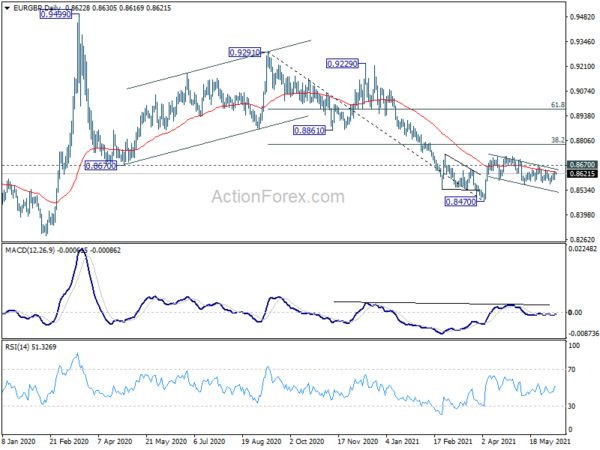 “The data shows companies are starting to pass on rising costs, though the gain in wholesale prices is driven more by external factors rather than domestic demand,” he said.

Chinese and US commerce officials exchanged views on issues and concerns

According to a statement by the Chinese Commerce Ministry, Commerce Minister Wang Wentao spoke with US Commerce Secretary Gina Raimondo on phone today, and agreed to promote healthy trade and cooperations.

The statement said, they “agreed to promote the healthy development of pragmatic cooperation in trade and investment”. Both sides “exchanged views frankly and pragmatically on relevant issues and mutual concerns,”

That’s the third exchanges between US and Chinese top officials in recent weeks, after Chinese Vice Premier Liu He spoke with US Trade Representative Katherine Tai and Treasury Secretary Janet Yellen.

UK RICS house price balance rose to 83 in May, up from76. Australia consumer inflation expectations jumped to 4.4% in June, up from 3.5%. 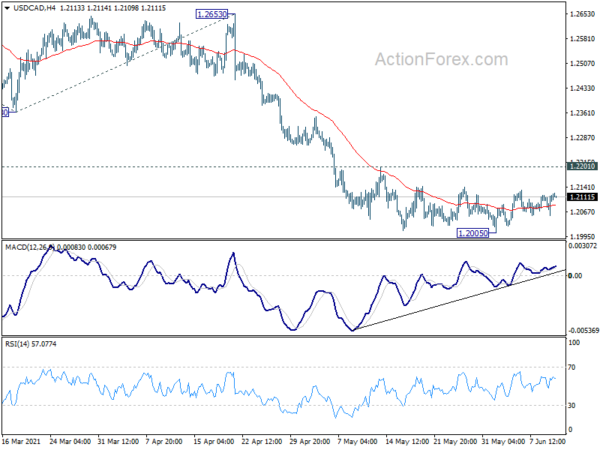 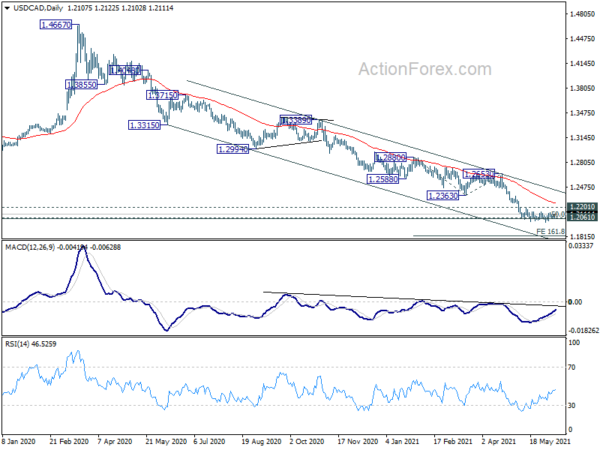