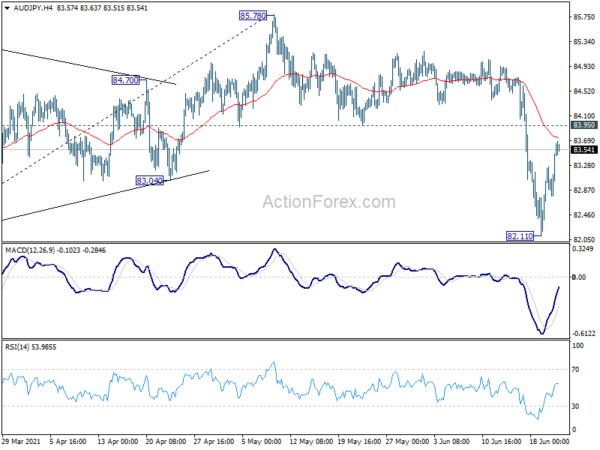 Fed Chair Jerome Powell insisted in a House panel hearing that “we will not raise interest rates preemptively because we fear the possible onset of inflation.” Instead, “we will wait for evidence of actual inflation or other imbalances.” He reiterated that the transitory factors that pushed up inflation should “resolve themselves” in the coming months. And, “they don’t speak to a broadly tight economy and to the kinds of things that have led to higher inflation over time.”

“I will say that these effects have been larger than we expected, and they may turn out to be more persistent than we have expected,” he explained. “But the incoming data are very consistent with the view that these are factors that will wane over time, and inflation will then move down toward our goals and we’ll be monitoring that carefully.”

“You have a central bank that’s committed to price stability and has defined what price stability is and is strongly prepared to use its tools to keep us around 2% inflation,” he said. “All of these things suggest to me that an episode like what we saw in the 1970s … I don’t expect anything like that to happen.”

Jingyi Pan, Economics Associate Director at IHS Markit, said: “Australia’s private sector growth momentum further eased in June but remained at a strong level to indicate continued improvement in economic conditions during the recovery from the COVID-19 pandemic. Renewed movement restrictions in the Victorian state and supply constraints stood out as two key reasons weighing on the growth momentum for Australia in the June flash PMI data, which is worth scrutinising. Meanwhile private sector firms were also slightly less optimistic with regards to output in the next 12 months amid the uncertain virus and supply situation.”

Japan PMI manufacturing dropped to 51.5, output back in contraction

“That said, one bright note was private sector firms in Japan continued to expand employment levels despite subdued demand conditions… Despite the ongoing pandemic-related restrictions on the Japanese economy, private sector businesses were optimistic that business conditions would improve in the year ahead, and to a greater extent than that seen in May.”

Eurozone and UK PMIs will be the main focus in European session. Later in the day, Canada will release retail sales; US will release PMIs, new home sales and current account.

GBP/JPY’s break of 154.10 support turned resistance suggests that correction from 156.05 has completed at 151.28 already. Intraday bias is back on the upside for retesting 156.05 high. Firm break there will resume larger up trend from 123.94. Nevertheless, consolidation from 156.05 could still extend with another falling leg. Break of 153.07 minor support will turn bias back to the downside for 151.28 again. 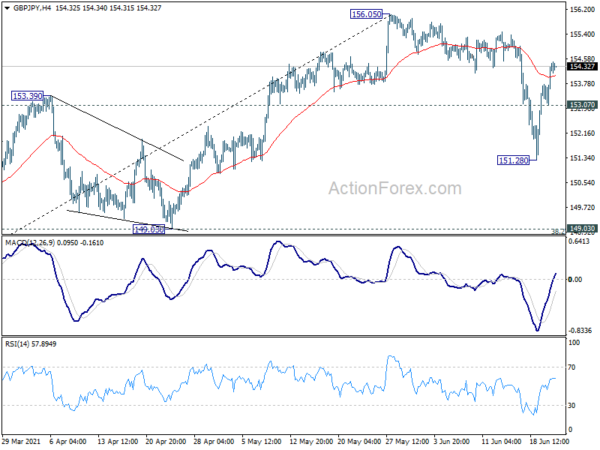 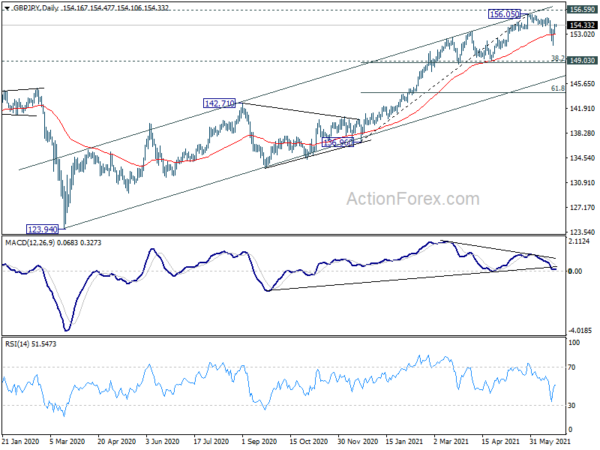