Dollar and Yen lost their position as the strongest ones as US stocks staged another day of massive rebound overnight, together with treasury yields. On the other hand, Canadian Dollar is currently the best performer for the week, helped by WTI crude oil’s reclaim of 70 handle. But Aussie and Kiwi remain the weakest at this point. Euro is mixed, as markets await ECB’s new forward guidance and press conference.

Technically, we’d pay some attention to EUR/CHF to guide the assessment on Euro’s next move. It was rejected twice by 4 hour 55 EMA, affirming near term bearishness. Break of 1.0802 temporary low will resume larger fall from 1.1149 towards 1.0737 support. That could also drag EUR/USD down in spite of its own weak downside momentum. 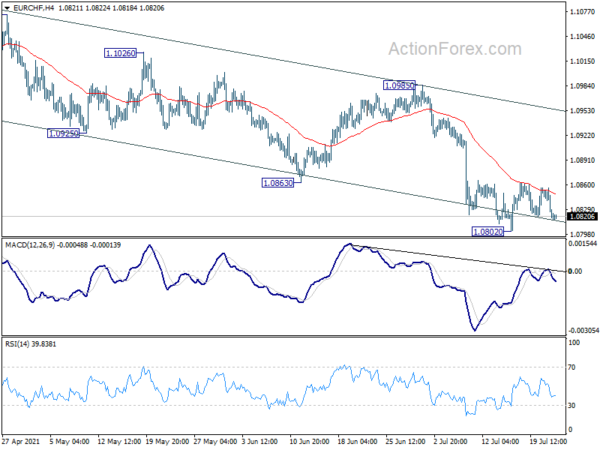 Australia goods exports rose to record 41.3B in Jun

Australia NAB business confidence dropped to 17 in Q2, but condition rose sharply to 32

According to Alan Oster, NAB Group Chief Economist “Business conditions were still in negative territory in Q3 2020, and now, three quarters later, they were at a record high, a testament to how rapid the recovery has been from last year’s recession”.

“A pleasing aspect of the survey is how broad-based the strength in conditions and confidence was – whether you look by industry or by state they are all above average, and in many cases well above.”

ECB policy decision and press conference are the main focuses for today, even though no policy change is expected. After the conclusion of the strategic review on July 8, officials are clear that they’re going to adjust the forward guidance to align with the new symmetric 2% inflation target, which allows a temporary overshoot. Overall reactions could, however, be rather muted.

Euro is currently rather mixed in general. EUR/USD is clearly losing downside momentum as seen in 4 hour MACD. But current fall from 1.2265, as the third leg of the pattern from 1.2348, could still extend towards 1.1703 support and even below. Nevertheless, break of 1.1880 resistance would be a sign of near term reversal and bring stronger rebound through 1.1974 resistance. 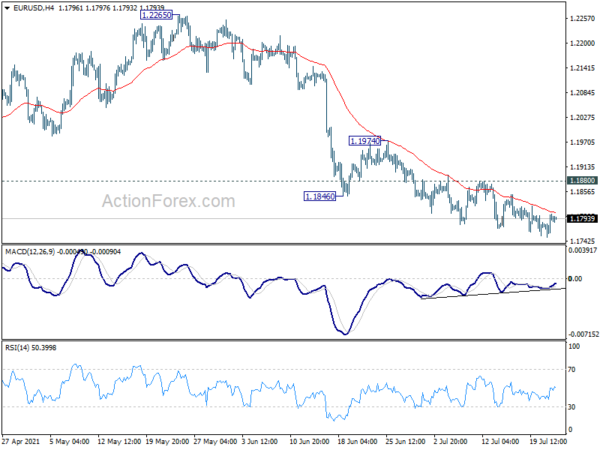 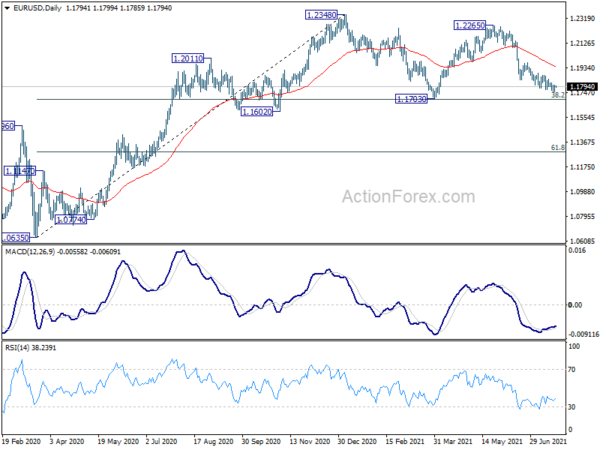 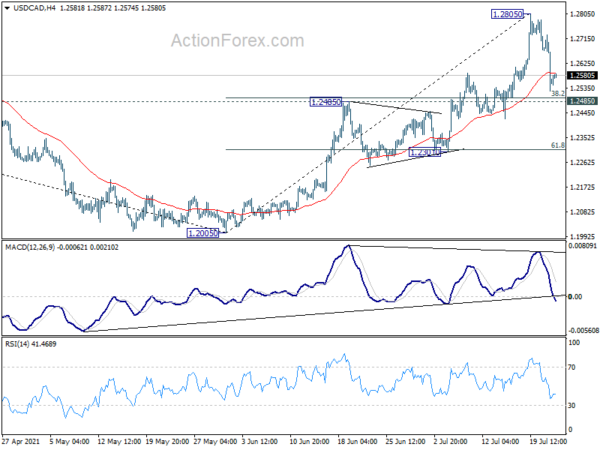 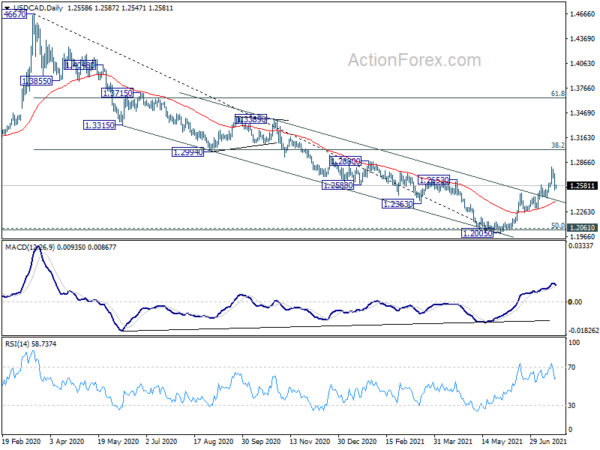