Overall markets continue to trade in a mixed manner for now. Yen and Dollar are currently the weakest for the weak while commodity currencies are the strongest. But all major pairs and crosses are stuck inside prior week’s range. The situation in Afghanistan is unlikely to be a persistent worry for investors. Main focuses will remain on the comments from Fed officials regarding tapering.

Technically, while focuses are on Dollar, Sterling appears to be turning slightly weaker. In particular, EUR/GBP drew some notable support from 4 hour 55 EMA and rebounded. Break of 0.8592 resistance will resume the rise from 0.8448 towards 0.8668 resistance. Meanwhile, GBP/JPY appears to be rejected by 151.38 minor resistance and it could be heading back to 149.16 support. 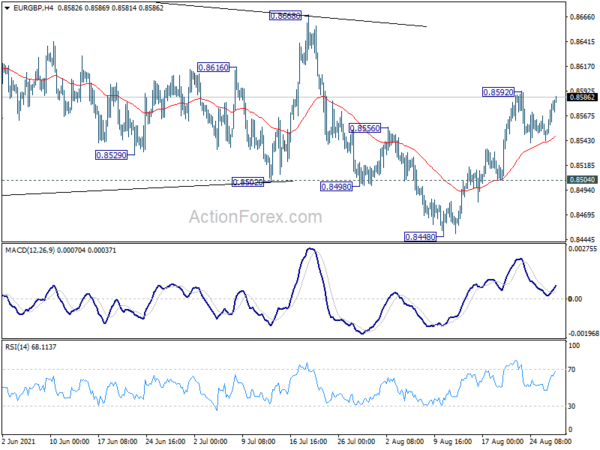 US stocks closed lower overnight as traders turned cautious, watching the development in Afghanistan and upcoming speech of Fed chair Jerome Powell at the Jackson Hole Symposium. A few Fed officials expressed their support for tapering asset purchases, somewhat talking down the impact of the spread of Delta. Yet, we’d note that those are known hawks already. Doves might come out today telling another story while Powell would likely sound non-committal. The overall Jackson Hole event would likely leave the market with nothing new on the net.

Dallas Fed President Robert Kaplan told CNBC that by and large, businesses are “weathering Delta at least as well as previous surges”. Businesses and consumers are learning to adapt well. There is no demand problem in the economy too.

He added that it would be “a lot healthier if Fed begins to wean economy off asset purchases”. Kaplan said he “would prefer to start taper soon but do it over plus or minus eight months, although I remain open-minded.” September meeting would remain his preference to announce tapering.

Fed Bullard: We don’t need the asset purchases at this point

St. Louis Federal Reserve president James Bullard repeated his call for tapering to end asset purchase by the early next year, as “we don’t need the asset purchases at this point.”

“I think a lot depends on whether inflation going to moderate in 2022 or not. I’m a little skeptical that it is. I think we’re going to get at least 2.5% inflation in 2022, maybe higher than that and there’s some risk to the upside on that,” Bullard said.

“We will be able to get to a good consensus on the committee and get to a good wind-down process. It does seem that we are coalescing around a plan,” Bullard said.

Ben James, Director of Quarterly Economy Wide Surveys, said: “Lockdowns and stay-at-home orders in many parts of Australia continued to impact retail trade in July, with many non-essential retail businesses closing their physical stores. In particular, the first full month of lockdown in New South Wales, following the Delta outbreak in June, saw retail turnover in the state fall 8.9 per cent. This was the largest fall of any state and territory since August 2020.”

Canada will release RMPI and IPPI in US session. US will release personal income and spending, with PCE inflation, goods trade balance. 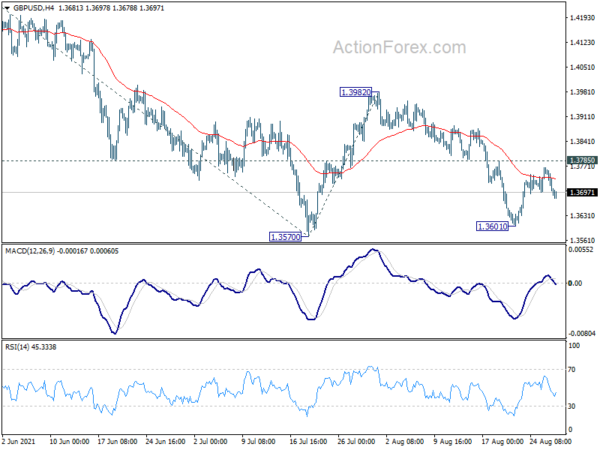 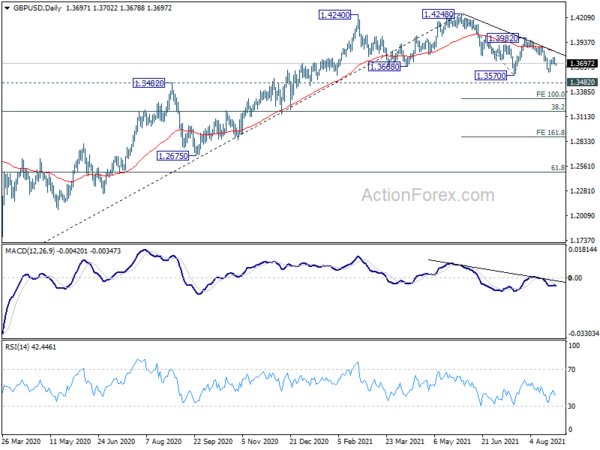