Euro Knocked Down after ECB, Dollar Striking Back

Euro is knocked down in early US session after ECB left interest rates unchanged. The central bank leaves the option to continue the asset purchases program after June, even though it will be concluded in Q3. The announcement disappoints some Euro traders who are eager for more hawkish tone. At the time of writing, Aussie is still the worst performing one for the day, followed by Swiss Franc and Euro. Kiwi is the strongest one but Yen and Dollar are also striking back.

Technically, EUR/GBP’s break of 0.8294 support suggests that whole rebound from 0.8201 has completed as a three-wave correction at 0.8511. The development revives medium term bearishness and deeper decline could be seen through 0.8201 low for down trend resumption. Immediate focus will now be on whether EUR/USD would drop through 1.0808 temporary low too. 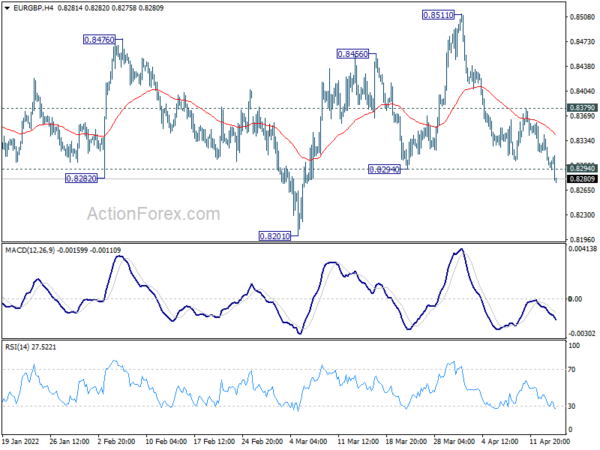 Total sales for January through March period were up 12.9% yoy.

ECB announced that the Asset Purchase Program “should be concluded in the third quarter. Monthly net purchases under the APP will continue to be EUR 40B in April, EUR 30B in May and EUR 20B in June. The calibration of net purchases for Q3 will be data-dependent and depend on the outlook.

Interest rates are held unchanged with main refinancing rate, marginal lending facility rate and deposit rate at 0.00%, 0.25% and -0.50% respectively. Adjustments to rates will take place “some time” after ending the APP and will be “gradual”.

Bjorn Jarvis, head of labour statistics at the ABS, said: “With employment increasing by 18,000 people and unemployment falling by 12,000, the unemployment rate decreased slightly in March, though remained at 4.0 per cent in rounded terms.

“4.0 per cent is the lowest the unemployment rate has been in the monthly survey. Lower rates were seen in the series before November 1974, when the survey was quarterly.”

BNZ Senior Economist, Doug Steel stated that “Omicron’s impact may not be as harsh as the first 2020 COVID lockdown or last year’s Delta lockdown, but it’s there. Production has struggled, with the index slipping to 50.9 in March and a bit further below its long-term average.” 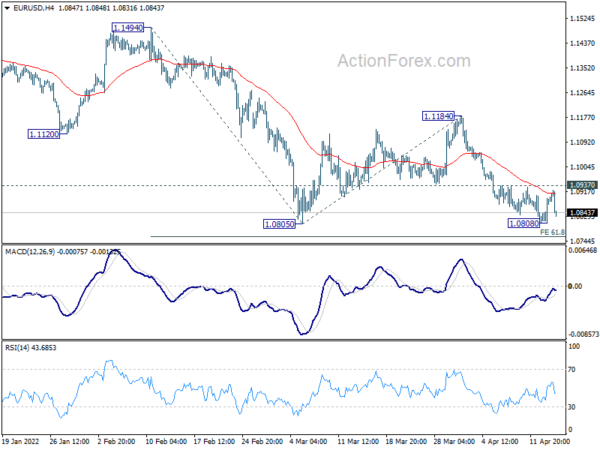 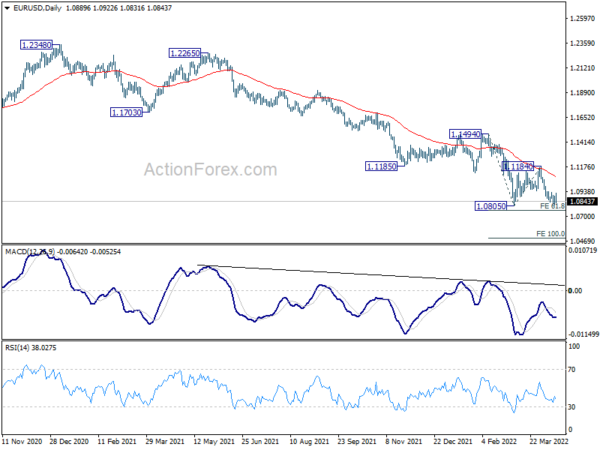