Markets sentiment stabilized a bit in Asia, following the recovery in US stocks overnight. Commodity currencies are paring some losses while Dollar and Yen are retreating. But so far, the Japanese currency is still the strongest one for the week, backed by overall risk-off sentiment, while Dollar is also firm, except versus Loonie. Euro is currently the worst performing one, followed by Sterling. With the downside breakout in EUR/USD, there’s likely more selloff in Euro ahead. 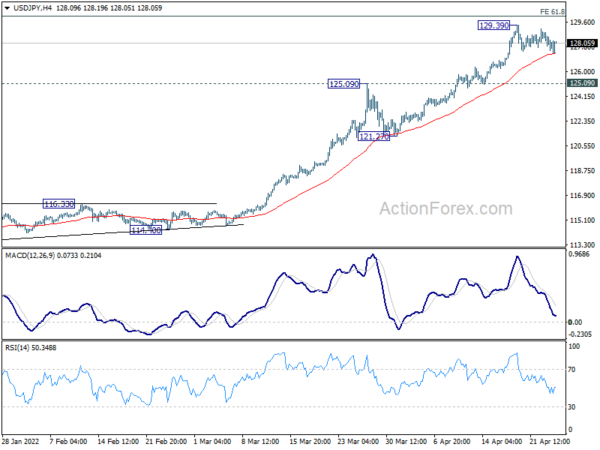 IMF lowered growth forecast for Asia Pacific by -0.5% to 4.9% in 2022. Inflation forecast, on the other hand, was raised by 1% to 3.4%.  Anne-Marie Gulde-Wolf, acting director of the IMF’s Asia and Pacific Department, warned, “the region faces a stagflationary outlook, with growth being lower than previously expected, and inflation being higher.”

In a blog post, she also warned of three main headwinds to the outlook. An escalation of the war in Ukraine would further increase food and energy prices. A tightening of US monetary policy that is materially faster or larger than currently expected by markets—or both—would have large spillovers to Asia. Also, a greater slowdown in China’s economy due to broader virus lockdowns or other risk factors such as the continued weakness in the real estate sector, would also have large implications for the region

“More broadly, a potential fragmentation of supply chains and added geopolitical tensions will remain risks for the longer term for a region that has flourished in recent decades from rising wealth and other economic gains from globalization,” she added.

Japan unemployment rate dropped to 2.6% in Mar, lowest in 2 years

“The drop in unemployment rate indicates signs of recovery” in the labour market, a government official told a media briefing. “But the impact of the pandemic appears to be lingering and requires close attention.”

Swiss trade balance and UK public sector net borrowing will be released in European session. But focuses will be on US durable goods orders and consumer confidence later in the day.

EUR/USD’s decline is still in progress and intraday bias remains on the downside. Current down trend should target 100% projection of 1.1494 to 1.0805 from 1.1184 at 1.0495 next. On the upside, break of 1.0935 resistance is needed to indicate short term bottoming. Otherwise, outlook will stay bearish in case of recovery. 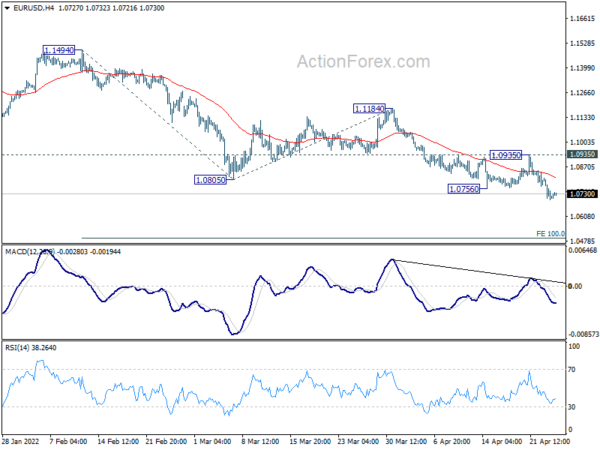 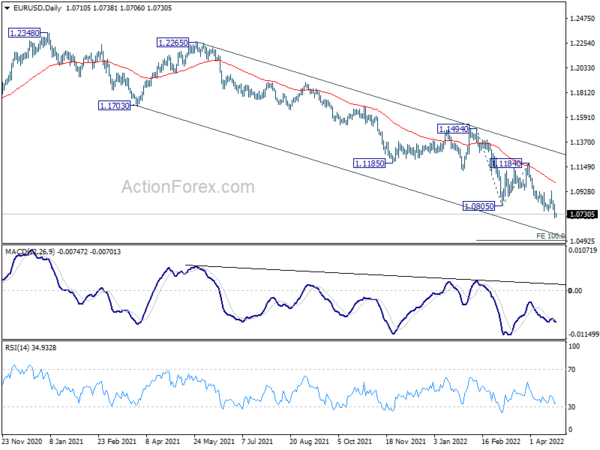