Dollar Holding On to Near Term Support, UK and CA CPI Featured

The forex markets are engaging in sideway trading in very tight range in Asian session. Dollar and Yen remain the weaker ones for the week. But so far, there is not following selling to push them through near term support level yet. Overall risk sentiment is crucial in determining the next move. While US stocks staged a strong rebound overnight, Asian markets are just mixed, with softness seen in Hong Kong and China. The lack of committed risk buying also drags down Aussie and Kiwi a little bit.

Technically, firstly, focus will stay on some near term levels in Dollar pairs, including 1.0641 resistance in EUR/USD, 1.2637 resistance in GBP/USD and 0.9871 support in USD/CHF. Firm break of these level will confirm short term topping in the greenback, and turn it into a “longer-lasting” near term correction phase. At the same time, attention will also be on some sterling pairs, including 0.8365 support in EUR/GBP and 162.16 resistance in GBP/JPY. Break of these two levels (in reaction to CPI data?) will push the Pound for a stronger near term rebound at least. 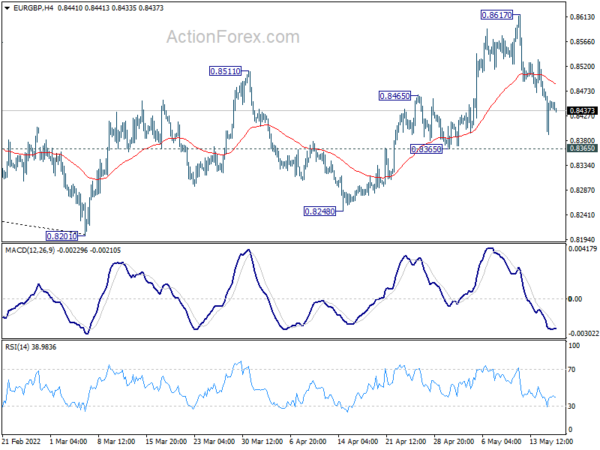 Fed Chair Jerome Powell said yesterday, “this is a time for us to be tightly focused on the time ahead and getting inflation back down to 2%…. What we need to see is inflation coming down in a clear and convincing way… If we don’t see that, we will have to consider moving more aggressively”.

“If that involves moving past broadly understood levels of ‘neutral’ we won’t hesitate to do that,” he added. “We will go until we feel we are at a place where we can say ‘yes, financial conditions are at an appropriate place, we see inflation coming down.'”

“We’ll go to that point. There won’t be any hesitation about that,” he said.

Fed Kashkari: What I don’t know is how much are we going to need to do

But he also cautioned, “if the recession is effective in bringing inflation down, but then you’re pushing the unemployment rate way up, now all of a sudden you might be moving from one type of imbalance to the opposite type of imbalance. Like any kind of system, you want to avoid over-correcting if you can.”

Fed Evans expects completing any 50bps, plus some 25bps this year

Chicago Fed President Charles Evans said, “front-loading is important to speed up the necessary tightening of financial conditions, as well as for demonstrating our commitment to restrain inflation, thus helping to keep inflationary expectations in check.”

As for the pace of tightening, he said, “I’m expecting that before December, we will have completed in any 50s and have put in place at least a few 25s.”

“If we need to, we will be well positioned to respond more aggressively if inflation conditions do not improve sufficiently or, alternatively, to scale back planned adjustments if economic conditions soften in a way that threatens our employment mandate,” Evans explained.

“There’s no intrinsic value around crypto assets,” Cunliffe said. “They move with sentiment. They’re being moved mainly as a risky asset, and prices have been going down pretty consistently.”

“If you have that as a proportion of your portfolio, you have to realize it is highly speculative,” Cunliffe said. “You could lose all your money. You could make a sizable capital gain. It’s important for investors to understand the characteristics of this investment.”

Economy minister Daishiro Yamagiwa said the economy has not returned to pre-pandemic levels but that further downside would likely be limited. He also expected the economy to pick up even though uncertainty remains due to Ukraine situation. Also, China’s zero-covid policy is having a significant impact on supply chains.

Australia Westpac-MI leading index dropped from 1.69% to 0.88% in April. Westpac recently revised down growth forecast for 2022 from 5.5% to 4.5%, reflecting the sharp increase in cost of living, and an earlier and more rapid RBA tightening policy.

As for RBA meeting on June 7, Westpac expects the central bank to hike by a further 40bps to 0.75%, even though most analysts favored a cautious move of 25bps. Westpac said, “It is also much more prudent to front load the increases where at a stage in the cycle when rates are clearly below what might be considered a ‘neutral’ level. 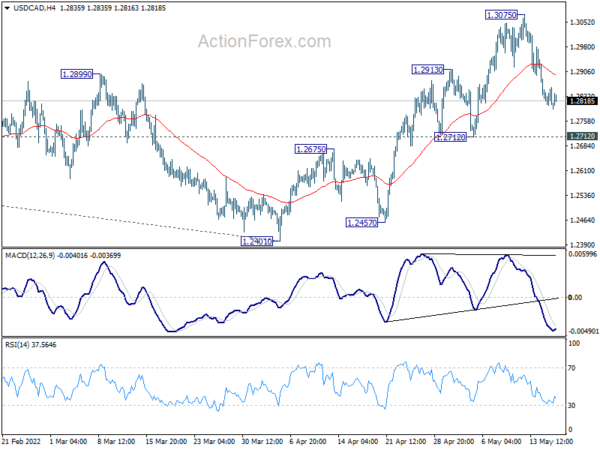 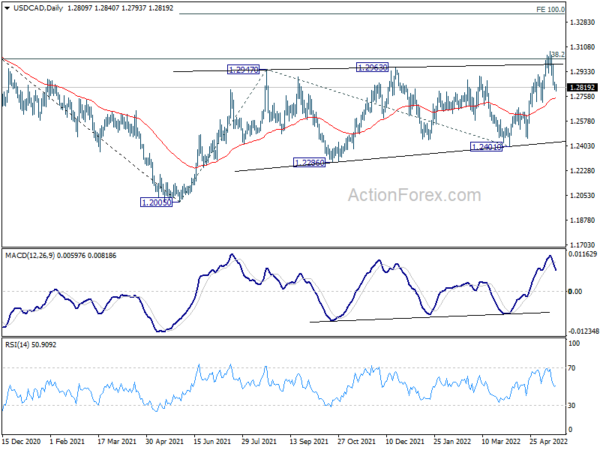