The forex markets are treading water today. Sentiments were lifted by China’s rate cut. UK retail sales came in stronger than expected. ECB officials continued to talk up the prospect of a July hike. But none of these triggered any meaningful moves in the markets. For the week, Swiss Franc is still the best performer, followed by Sterling and Kiwi. Dollar is the worst performing, finally ending the winning streak. Canadian and Yen are the next weakest.

Technically, focuses will stay on whether EUR/USD could break through 1.0641 resistance to confirm successfully defending 2017 low. But Euro itself is not looking too well in crosses, in particular in EUR/CHF. At the same time, EUR/GBP and EUR/AUD could extend the decline that started from last week’s high, after completing current consolidations. Such development could drag down EUR/USD. Anyway, Euro would probably wait until next week to unveil the next move.

ECB Visco: We will move rates perhaps in July

ECB Governing Council member Ignazio Visco said in a BloombergTV interview, “we can move gradually, raising interest rates in the coming months.” June is too early as the central bank will be ending net asset purchase. But, “we will move after that — after that, means perhaps July.”

“Now I think that we can move out of this negative territory,” Visco said, referring to the deposit rate, which has been negative since 2014. “Gradual means in my view that we have to understand that we should move without creating uncertainty in the market.”

BoE Chief Economist Huw Pill said in a speech,the balance of risk around inflation is “tilted towards inflation proving stronger and more persistent than anticipated in that baseline.”. Underlying developments that point in this direction include reduced contestability of UK labour markets by EU immigrants and workers due to Brexit. Broader globalization process looks to have stalled and maybe in retreat. Impact of aging and longer-term health consequences of the pandemic may have led to a decline in UK labour force participation.

Pill added that in this context, “avoiding any drift towards the embedding of such ‘inflationary psychology’ into the price setting process is crucial”. Thus, the time has now come to withdraw monetary policy accommodation.

“It is the need for a continuation of this transition in monetary policy that led me to support the 25bp hike in Bank Rate at the May MPC meeting,” he said. “And, even after this hike, I still view that necessary transition as incomplete. Further work needs to be done.”

The 2.1% CPI core reading was slightly above expectation of 2.0% yoy. It topped BoJ’s 2% target for the firs time since March 2015. Also, it should be noted that CPI core-core was positive for the first time since July 2020. 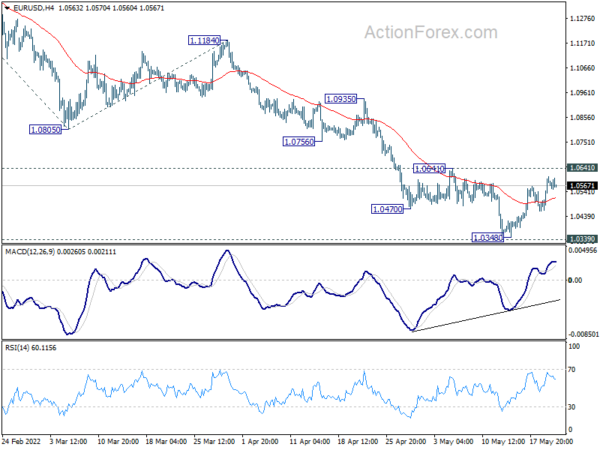 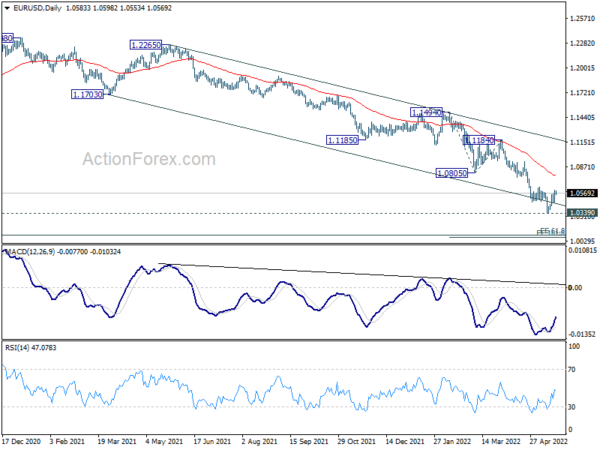