Dollar Back Under Pressure as Risk-On Sentiment Returns

Dollar is back under pressure in today, as the rebound in US stocks carry forward to Asia. Swiss Franc is also paring some gains too while Yen softens slightly. Australian and New Zealand Dollars are firm together while Sterling while Euro is mixed. Return of risk-on sentiment, as well as extended pull back in treasury yields could drag the greenback further lower before the week closes.

Technically, NASDAQ has been the relatively poor performer recently among major US indexes. As the rebound extends, focus will be on 11988.42 resistance. Firm break there should confirm that a stronger rebound, at least a bear market rally, is underway for 12587.88 support turned resistance ahead in the coming weeks. Such development, if happens, would likely be accompanied by deeper correction in Dollar in general. This will be the focus for today and the early part of next week. 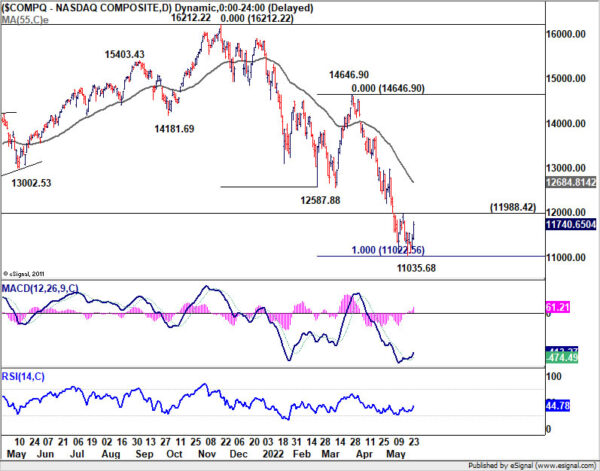 BoJ Governor Haruhiko Kuroda told the parliament today that core inflation (all items excluding fresh food) is “likely to remain around 2% for about 12 months”, unless energy prices drop sharply.

However, he emphasized that “prices won’t rise sustainably, stably unless accompanied by wage hikes.” That’s seen as in indication that recent rise in inflation is not enough to lead to exit of the ultra-loose monetary policy.

Also from Japan, Tokyo CPI core was unchanged at 1.9% yoy in May, below expectation of 2.0% yoy.

ABS said: “The strength in retail turnover is being driven by spending across the food industries. High food prices have combined with increased household spending over the April holiday period as more people are travelling, dining out and holding family gatherings.

Eurozone M3 money supply is the only feature in European session. US will release personal income and spending with PCE inflation, goods trade balance.

GBP/USD’s rebound from 1.2154 extended with break of 1.2637 resistance. Intraday bias is now on the upside and further rally would be seen to 55 day EMA (now at 1.2756). Sustained break there will target 1.2999 support turned resistance next. On the downside, though, break of 1.2480 minor support will turn bias back to the downside for retesting 1.2154 low instead. 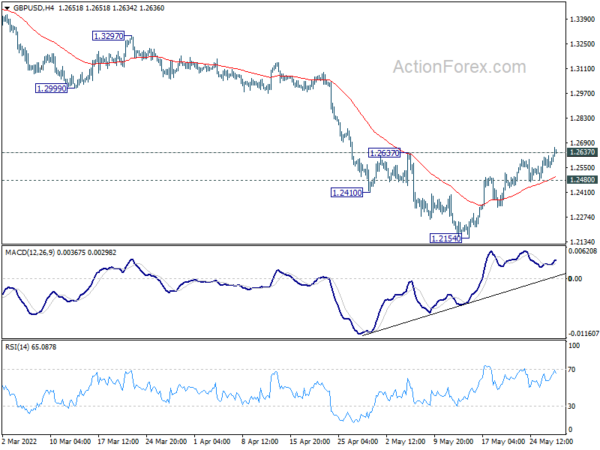 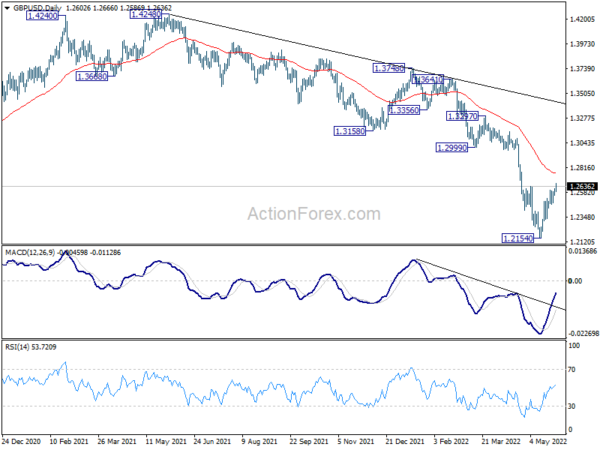