Sterling recovers today, in particular against Euro and Swiss Franc, after Boris Johnson resigns as UK Prime Minister. But Aussie is so far still the strongest for the day. Euro remains generally weak but Dollar and Yen are also paring some recent gains. For the week, Aussie is the best performer for now, followed by Dollar and then Yen. Euro is now the runaway loser, followed by Swiss Franc and then Canadian. But the overall picture could still be changed by tomorrow’s non-farm payrolls. 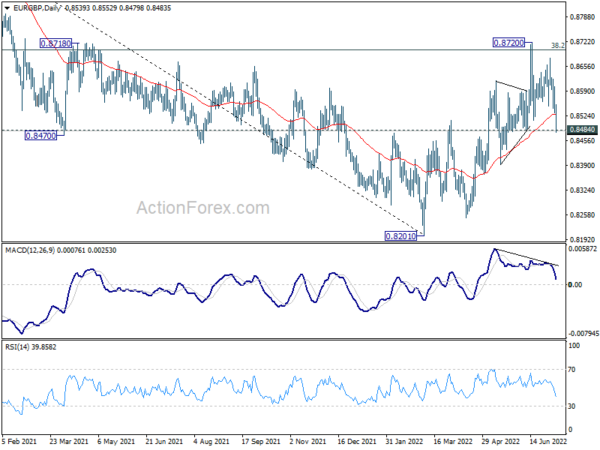 ECB accounts: A number of members want door open for a larger hike in Jul

As noted in accounts of ECB’s June 8-9 monetary policy meeting, “most members” supported to signal the 25bps rate hike at the July meeting. Starting the rate-hiking cycle with a step of this magnitude was seen as a “proportionate first step”. But “a number of members expressed an initial preference for keeping the door open for a larger hike at the July meeting”

“It was broadly agreed that the Governing Council should at this point be more specific about its expectations for the September meeting and, in particular, open the door to an increase in the key ECB interest rates by more than 25 basis points,” the accounts added.

“Looking beyond September, members widely agreed that, on the basis of the current assessment, a gradual but sustained path of further interest rate increases would be appropriate, with the pace of adjustment depending on incoming data and developments in the medium-term inflation outlook.”

BoE MPC member Catherine Mann said, “what the research shows is when there is uncertainty about persistence versus transitory nature of inflation dynamics, it’s important to front-load policy.”

Mann also noted the recent depreciation in Sterling is feeding into the high inflation rate. Yet, it’s “not the point” to target exchanged rate. “The point is to have heightened awareness of the role of the currency, particularly in today’s climate of very high inflation rates,” she added.

Innes Willox, Chief Executive Ai Group, said: “With interest rates rising for the first time in a decade, we have seen a ‘two-speed’ services sector emerge in June. Industries which are sensitive to sentiment changes – such as business & property, and personal & recreational services – declined into contraction. Less interest-rate-exposed services remained in a growth phase. With the RBA increasing rates by 50 basis points again this week, we would expect this two-speed pattern to gather pace.” 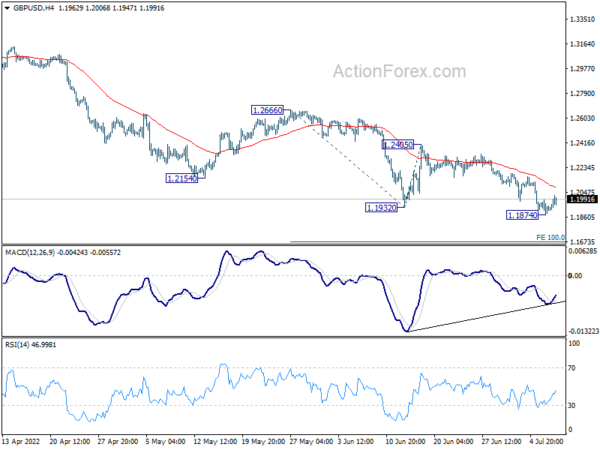 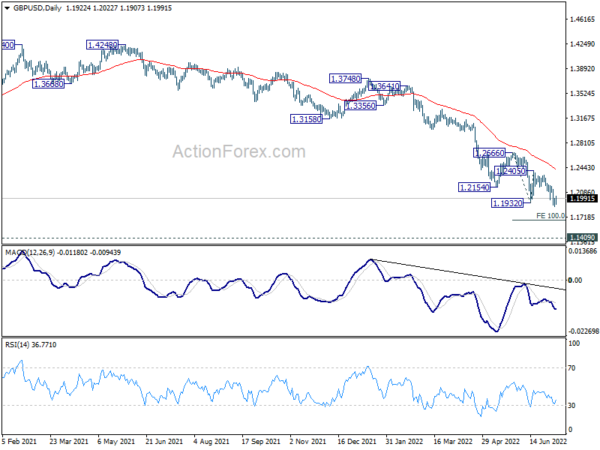