New Zealand Dollar trades broadly higher after RBNZ’s rate hike today. But trading is mixed in other currencies. Commodity currencies are generally on the soft side for the week, but there is no follow through selling. Dollar is still the strongest, but it’s struggling to extend the near term rally. Yen attempted for a bearish reversal, but there is no follow through selling. Sterling is firming up as UK inflation data is awaited, but it’s mixed together with Euro and Swiss Franc. Overall, most major pairs and crosses are stuck inside last week’s range.

Technically, EUR/GBP’s decline suggests that the recovery from 0.8338 might have completed at 0.8491. Deeper fall is mildly in favor towards 0.8338 low and possibly a break below there to resume the decline from 0.8720. The question is, if that’s happening, whether it would be accompanied by deeper fall in EUR/USD towards 0.9951 low, or a bounce in GBP/USD back to 1.2292 minor resistance. 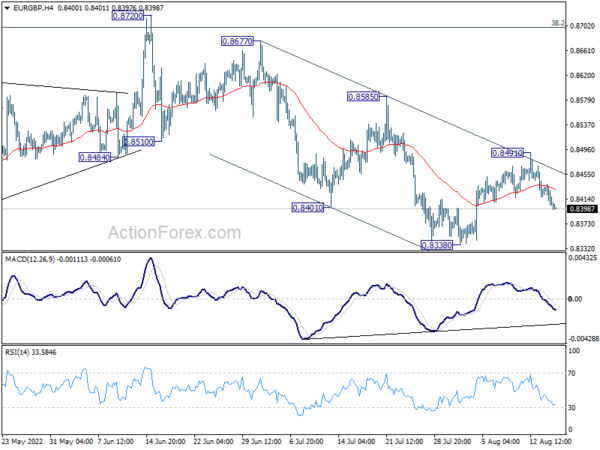 RBNZ raises the Official Cash Rate by 50bps to 3.00% as widely expected, as “core consumer price inflation remains too high and labour resources remain scarce”. It also maintains hawkish bias as “committee members agreed that monetary conditions needed to continue to tighten until they are confident there is sufficient restraint on spending to bring inflation back within its 1-3 percent per annum target range.”

However, another decline, and sustained trading below 55 day EMA will invalidate this view and bring retest of 0.6059 low instead. 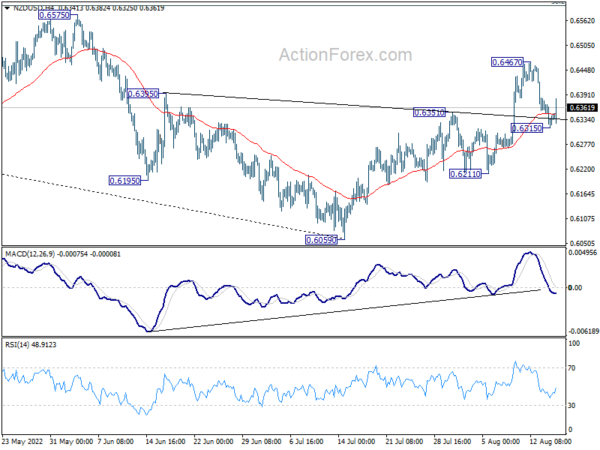 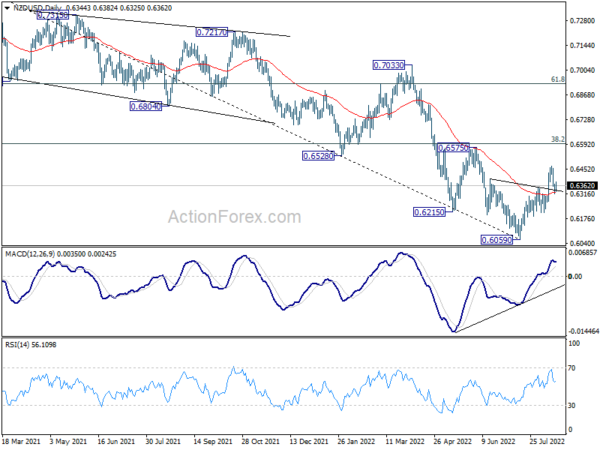 Japan exports rose 19.0% yoy to JPY 8753B in July, with gains led by auto shipments to US and chips to China. Imports rose 47.2% yoy to JPY 10190B, driven by higher costs of crude oil, coal and liquid natural gas. Trade deficit came in at JPY -1437B. July’s figure marked a full straight year of monthly trade deficits, the longest streak since the 32-month run to February 2015.

UK CPI and PPI, Eurozone GDP and employment change will be released in European session. Later in the day, US retail sales and business inventories will be published, and then FOMC minutes. 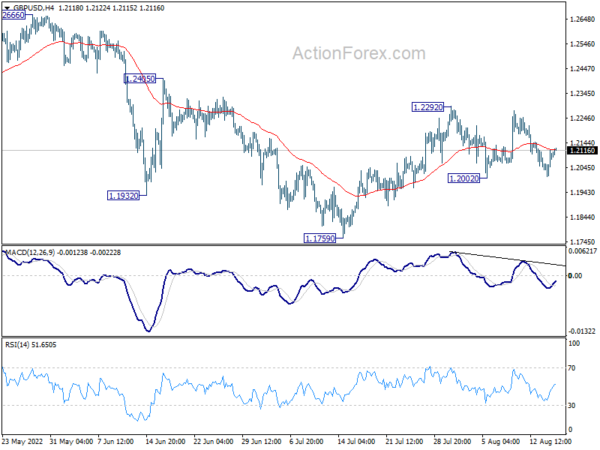 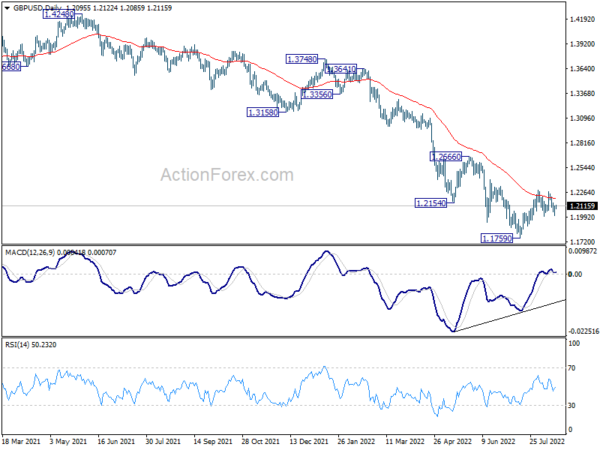