Dollar’s rally has finally made some progress overnight and the momentum continues in Asian session. Other currencies are mixed for now with no clear loser. For the week, Aussie and Kiwi are on the weaker side while Euro and Canadian are the stronger ones. But the picture could easily flip before close. A question is on whether stock markets would have another surge which gives Yen extra pressure.

Technically, some attention remains on 0.6868 support in AUD/USD and 1.2984 resistance in USD/CAD. Break of these levels will confirm the underlying strength of Dollar against commodity currencies too. Such development could drag EUR/USD further lower through parity, towards 0.9951 low.

Joe Staton, Client Strategy Director, GfK says: “The Overall Index Score dropped three points in August to -44, the lowest since records began in 1974. All measures fell, reflecting acute concerns as the cost-of-living soars. A sense of exasperation about the UK’s economy is the biggest driver of these findings.”

Both Prime Minister Fumio Kishida and BoJ Governor Haruhiko Kuroda have called for robust wage gains to ensure that inflation is sustainable. But the markets are expecting some pressure on the BoJ for acting on monetary policy if CPI hits 3%.

Fed George: Direction for rates pretty clear, but pace to be debated

But, “the question of how fast that has to happen is something my colleagues and I will continue to debate,” she added.

“We have done a lot, and I think we have to be very mindful that our policy decisions often operate on a lag. We have to watch carefully how that’s coming through,” she warned.

Separately, Minneapolis Fed President Neel Kashkari said  the central bank needs to “urgently” bring down inflation. “The question right now is, can we bring inflation down without triggering a recession?” he said. “And my answer to that question is, I don’t know.”

Fed Bullard: We should continue to move expeditiously on rates

St. Louis Fed President James Bullard told WSJ, “we should continue to move expeditiously to a level of the policy rate that will put significant downward pressure on inflation” and “I don’t really see why you want to drag out interest rate increases into next year.”

Bullard also indicated that he backs another 75bps rate hike in September. He also reiterated he preference to have federal funds rate at 3.75-4.00% by the end of the year, from current 2.25-2.50%. 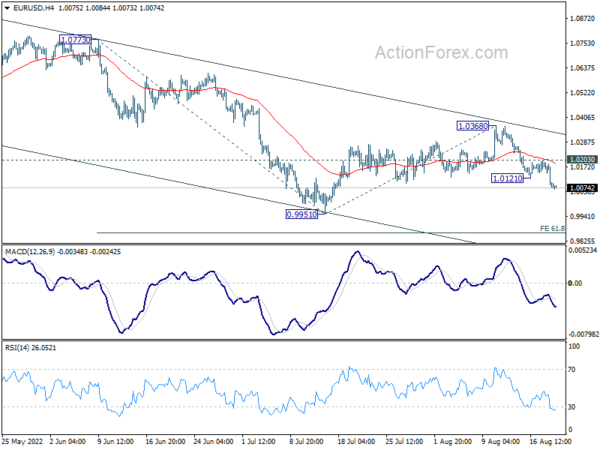 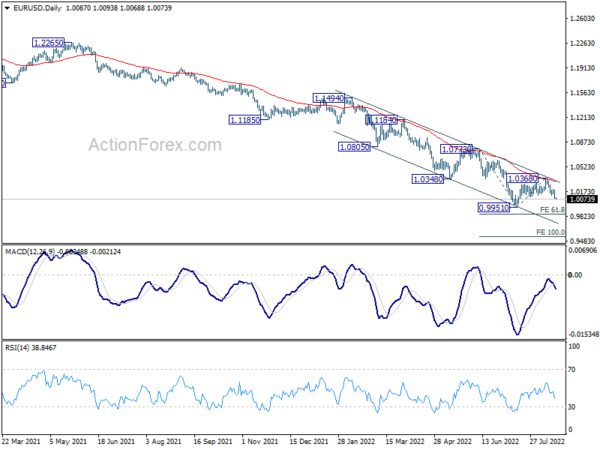