Dollar surged overnight, partly as traders added bet of another aggressive rate hike by Fed next week, and partly on deep risk aversion. Though, there is no follow through buying in Asia, as the greenback is now consolidating gains. On the other hand, Yen appears to be talked up by Japanese officials, and reports that BoJ is checking rates for intervention. Commodity currencies are currently the worst performers while European majors are mixed.

Technically, Dollar has yet to prove it’s ready to resume recent up trend. Key levels to watch include 0.9863 support in EUR/USD, 1.1404 support in GBP/USD, 0.6698 support in AUD/USD, 144.98 resistance in USD/JPY and 1.3207 resistance in USD/CAD. These levels have to be taken out with some conviction to confirm underlying strength in Dollar.

Markets pricing in 35% chance of 100bps Fed hike next week

US stock tumbled sharply overnight as traders added bets on another aggressive rate hike by Fed on September 21, next Wednesday. The moves came after stronger than expected consumer inflation data. DOW ended down -1276 pts, or -3.94% while S&P 500 fell -4.32%. NASDAQ suffered most by closing -5.16% lower. 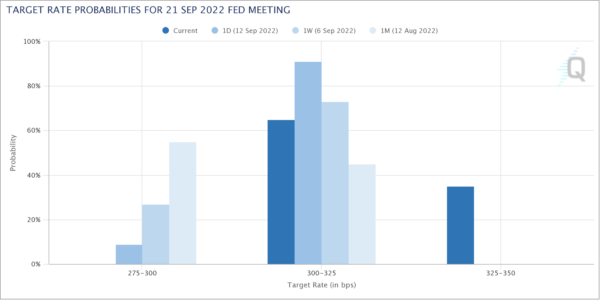 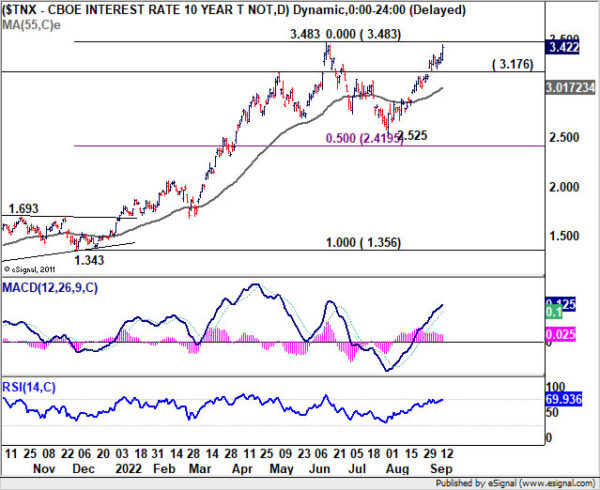 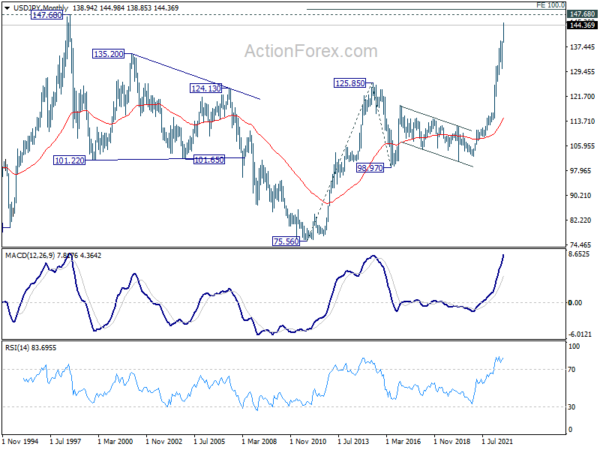 Top Japanese officials toughened up the talks on Yen, as it tumbled notably again overnight following US CPI data. Finance Minister Shunichi Suzuki said Japan wouldn’t rule out any response if current trends in the foreign exchange market continued, with intervention as an option.

The comment was echoed by top current diplomat Masato Kanda, who reiterated, “we are monitoring yen moves with a sense of urgency. We will respond appropriately to currency moves without ruling out any options.”

Chief Cabinet Secretary Hirokazu Matsuno also said at a briefing that the government would take necessary action should excessive yen moves continue. He added that rapid currency moves were undesirable.

New Zealand current account deficit narrowed from NZD -6.50B to NZD -5.22B in Q2, versus expectation of NZD -4.70B. Japan machine orders rose 5.3% mom in July, much better than expectation of -0.6% mom decline. Industrial production was finalized at 0.8% mom in July.

Looking ahead, UK CPI and PPI are the major focuses in European session. Eurozone will release industrial production. Later in the day, US will publish PPI while Canada will release manufacturing sales. 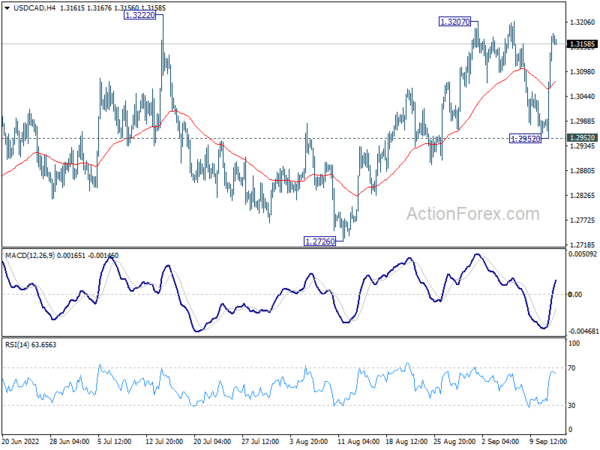 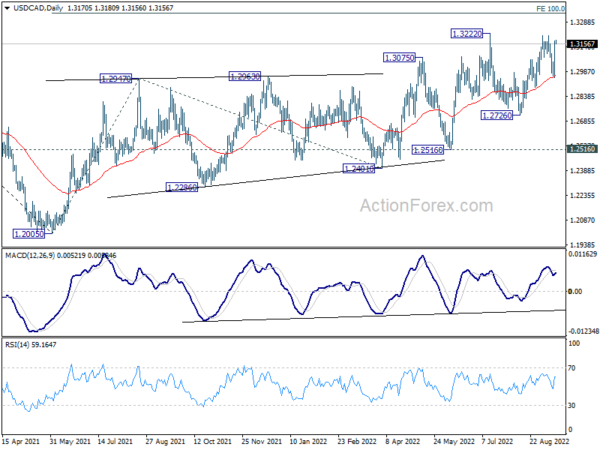