Dollar is trying to extend recent rally again but buying is mostly seen against Yen and Sterling. The Yen finally broke out and fell to new 24-year low against the greenback, and it’s on track to take on the level seen back in 1998. Sterling, on the other hand, is pressured after BoE ruled out extending the emergency intervention in bond markets beyond this weekend. Selloff in the Pound is giving some support to Euro and Swiss Franc. Aussie is also weak with risk-off sentiment in Asia. 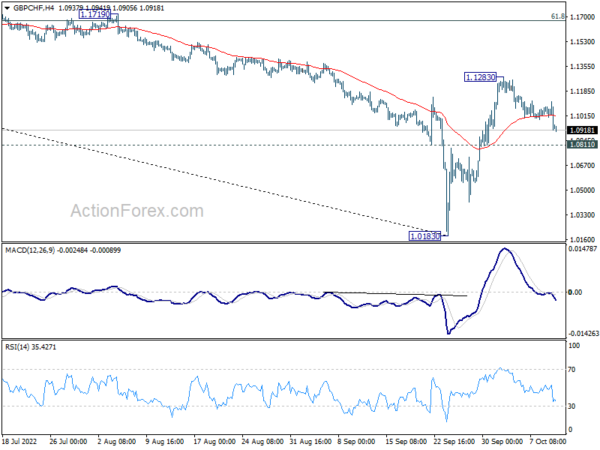 USD/JPY finally breaks through 145.89 resistance to resume up trend to new 24-year high. It’s on track towards 1998 high at 147.68. But there is not clear sign of imminent intervention by Japan yet.

Finance Minister Shunichi Suzuki just repeated that what was important was the speed of forex moves. Japan will closely watch forex moves with a sense of urgency.

Chief Cabinet Secretary Matsuno Hirokazu said echoed that the government is “closely watching FX moves with a high sense of urgency” and will ” take appropriate steps on excess FX  moves”.

The message has been consistent that Japan is mindful of fast, one-sided depreciation of yen, rather than the actual rate. 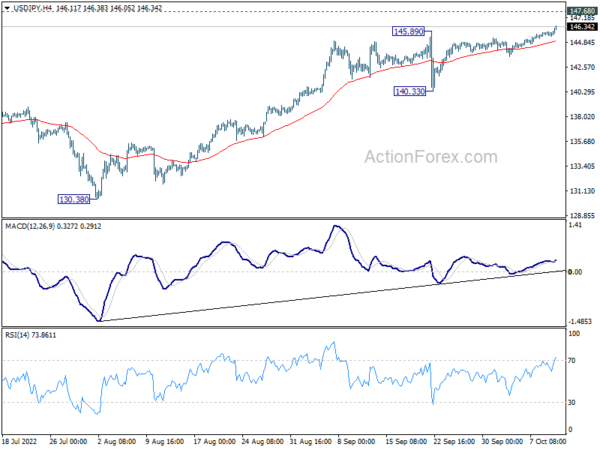 ECB Villeroy: Interest rate should be at neutral by year end

ECB Governing Council member Francois Villeroy de Galhau said it’s still too early to decide whether the central bank should hike by 50bps or 75bps at October 27 meeting. But he noted interest rate should be at neutral level, or “a bit less than 2%” by year end.

Then, ECB could start shrinking its balance sheet. “It would not be consistent to keep a very large balance sheet for too long in order to compress the term premium, whilst at the same time contemplating tightening policy rates above neutral,” he added.

“The reimbursement of TLTROs comes first, and we should avoid any unintended incentives to delay repayments by banks,” he said. “Here we could start earlier than 2024, maintaining partial reinvestments but at a gradually reduced pace.”

RBA Ellis: Neutral is not a destination we necessarily reach

RBA Assistant Governor Luci Ellis said in a speech that “don’t think of this as a mechanistic approach of ‘we have to get back to neutral’, or above neutral” interest rate.

“The neutral rate is an important guide rail for thinking about the effect policy might be having. It is not necessarily a prescription for what policy should do,” he said.

“‘Neutral’, then, is not a destination we necessarily reach, but more a pole-star to guide us. And even then, its location is sufficiently uncertain that we are perhaps better served by paying more attention to the ground as it shifts beneath our feet than to that faraway pole-star,” he added.

UK GDP, production and goods trade balance will be released in European session, with Eurozone industrial production too. Later in the day, US will publish PPI, but main focus will be on tomorrow’s CPI report. 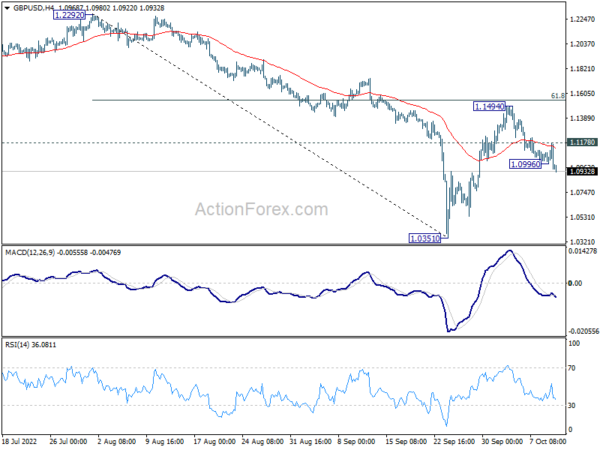 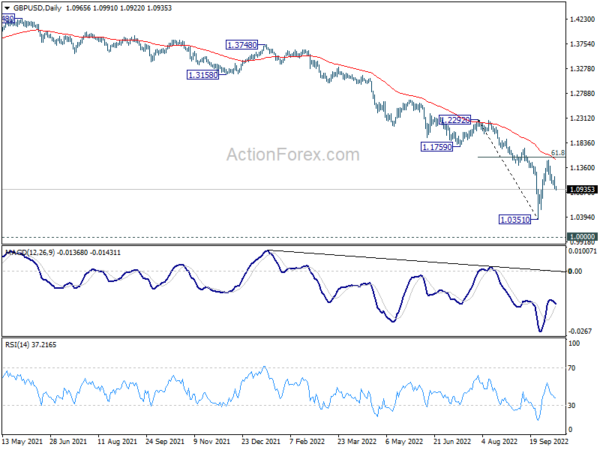